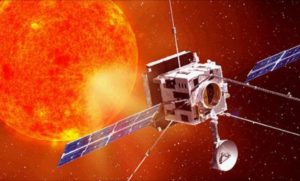 On August 13, NASA made history with the launch of the Parker Solar Probe, humanity’s grand first attempt to touch the sun. But amid all the anticipation and fanfare, a different team of scientists continued work on its own solar mission, nearly halfway across the world from Cape Canaveral. The scientists have been laboring quietly for a decade, in the shadow of their global and regional competitors. Now, they’re ready for their own moment in the sun.

The team is from India, and its mission is launching the Aditya-L1, a satellite designed to study the solar corona, just like the Parker Solar Probe. Set to launch in 2019, Aditya — Sanskrit for “sun” — will be the Indian Space Agency’s (ISRO) second high-profile space mission since it launched its Mars orbiter in 2013.

Aditya L1 is a spacecraft whose mission is to study the Sun. It was conceptualised by the Advisory Committee for Space Research in January 2008. It has been designed and will be built in collaboration between Indian Space Research Organisation (ISRO)and various Indian research organizations and will be launched by ISRO around 2019 or 2020.

The Aditya-1 mission was conceived as a 400kg class satellite carrying one payload, the Visible Emission Line Coronagraph (VELC) and was planned to launch in a 800 km low earth orbit.  A Satellite placed in the halo orbit around the Lagrangian point 1 (L1) of the Sun-Earth system has the major advantage of continuously viewing the Sun without any occultation/ eclipses.  Therefore, the Aditya-1 mission has now been revised to “Aditya-L1 mission” and will be inserted in a halo orbit around the L1, which is 1.5 million km from the Earth.  The satellite carries additional six payloads with enhanced science scope and objectives.

The main objective is to study the Coronal Mass Ejection (CME) and consequently the crucial physical parameters for space weather such as the coronal magnetic field structures, evolution of the coronal magnetic field etc. This will provide completely new information on the velocity fields and their variability in the inner corona having an important bearing on the unsolved problem of heating of the corona would be obtained.

These payloads taken together are expected to provide a comprehensive understanding of how solar flares originate and propagate.In addition, particle payloads will study the particle flux emanating from the Sun and reaching the L1 orbit, and the magnetometer payload will measure the variation in magnetic field strength at the halo orbit around L1.   These payloads have to be placed outside the interference from the Earth’s magnetic field and could not have been useful in the low earth orbit.

The complete list of payloads, their science objective and lead institute for developing the payload is provided below:

With the inclusion of multiple payloads, this project also provides an opportunity to solar scientists from multiple institutions within the country to participate in space based instrumentation and observations.  Thus the enhanced Aditya-L1 project will enable a comprehensive understanding of the dynamical processes of the sun and address some of the outstanding problems in solar physics.

Launch of the Aditya mission was planned during the high solar activity period in 2012 but was postponed due to the extensive work involved in the fabrication and other technical aspects. Preliminary design review including payloads has been completed. Spacecraft configuration, thermal analysis, payload interfaces and mounting locations have been finalized for the mission.

Aditya-L1’s race to touch the sun will help India to achieve another important goal: Giving India a leg up in the political and military sphere. Nearby Russia and China have established their scientific might in the international space race, and, depending on who you ask, have used their technological success to intimidate their slightly smaller (but no less populous) neighbor.