After induction of LCA TEJAS, it is time to build Twin Engine MCA TEJAS to grow organically 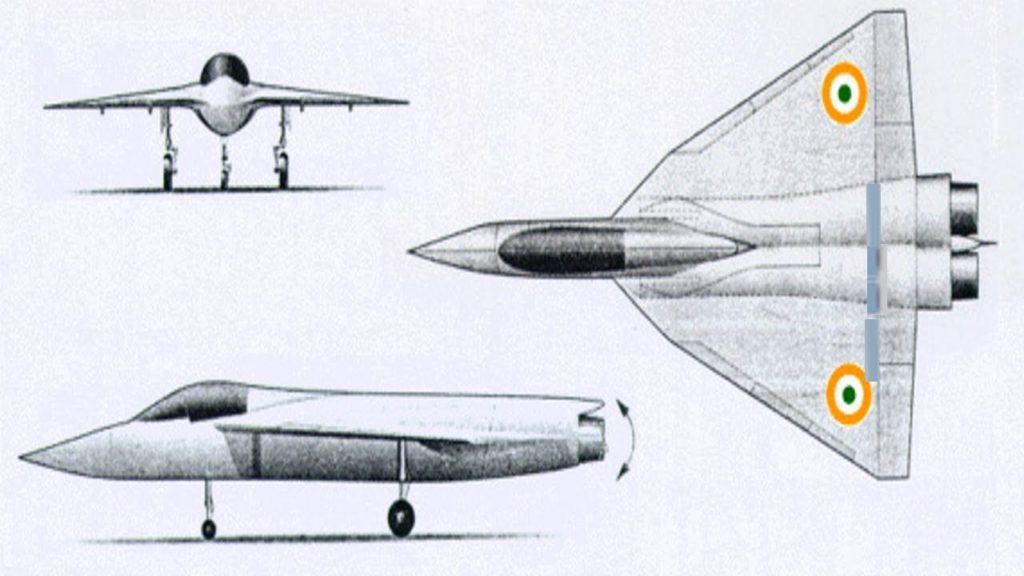 The Rafale deal had lumbered on for years, the fundamental mistake made by our policy makers was to pursue a full-fledged technology transfer regime for the fighter, instead of allowing complete manufacture in France which would have helped in its accelerated delivery at a significantly lower price point. Thankfully, PM Modi announced a government to government (G2G) purchase of 36 Rafales, the PM got the job done and he did what he had to do to respond to the urgency of the situation. This gives the IAF breathing room to make a proper choice about the long term.

The IAF needs to reach the 45 squadrons mark as soon as possible. That 45 squadrons should consist of a good mix of heavy, medium and light aircraft. The Sukhoi Su-30MKI is the heavy aircraft and is supposed to reach a total number of 272 which would comprise of 15 squadrons but one must take into consideration periodic crashes and low availability due to regular maintenance. The Rafale and Mig-29 would be the medium jets for about 8-10 squadrons. Then a single engine fighter including 60 Mirage-2000 and new TEJAS Mk-II would be the light aircraft and should be some 20 squadrons in total. This last category includes the Mig-21 and Mig-27 which will be phased out in the next few years. So the need is urgent, to say the least.

The LCA Tejas Mark-I in its current form is not fully operational so the IAF may not depend upon it and so the Mark-I in the IAF would be 2 squadrons at the most. Essentially the Air Force is pinning its hopes on the upgraded Mark-II form which has an upgraded engine providing more power, advanced avionics, a contemporary EW suite, but this version will not be available for production till about 2019-20.

Sweden’s SAAB has offered to help India with fighter development of single-engine fighters for the IAF. However, in the end, the IAF will wind up with a product that it no longer wants and which will cost a hell of a lot more than it wanted to spend as a force multiplier. Simply put, in the real world if the Air Force wants something cheap then we have to build an indigenous fighter.

Now, let us see what the problem really is, every defense analyst seems to believe that the light combat aircraft has to be a single-engine combat fighter. That is the wrong problem to solve. The real reason the TEJAS was not successful is that it is horribly underpowered. HAL does not have as much experience as SAAB in designing fighter jets and the proof is that the TEJAS Mark-I weighs more than the comparable SAAB Gripen and is less aerodynamic. Now if we pay SAAB to learn how to improve the TEJAS then we pay a huge amount of money as nothing comes free in this world.

So instead of asking SAAB for help, why don’t we solve the problem ourselves? My contention is that a twin-engine fighter jet can do everything a single engine TEJAS was supposed to do and is a hell of a lot easier to design. If India were to design a larger TEJAS using two GE-F404 engines to power it, the unit cost will be under 50 million and it will work on day one. Buying additional GE-F404 engine will not add to the cost as in the case of F414 engines and GE will be glad to supply the engine as it will add substantial cheer to its balance sheet. I am certain that the very first prototype will do everything better than the TEJAS. We have to bear in mind that AMCA will be a totally independent line of development when compared to the TEJAS.

The second engine would come with its own weight and the entire airframe’s internal structure would need a rework. The control surfaces would need to be redesigned , The old control laws won’t work , so new control laws would be needed.

With all technical work to be done from the scratch an idea of twin-engine Tejas Mk.2 seems me a good idea overall.

A twin-engine fighter jet can do everything a single engine TEJAS was supposed to do and is a hell of a lot easier to design. If India were to design a larger TEJAS using two GE-F404 engines to power it, the unit cost will be under 50 million and it will work on day one. Buying additional GE-F404 engine will not add to the cost as in the case of F414 engines and GE will be glad to supply the engine as it will add substantial cheer to its balance sheet. I am certain that the very first prototype will do everything better than the TEJAS. We have to bear in mind that AMCA will be a totally independent line of development when compared to the TEJAS.

The advantages of a twin-engine design are many, first, it will have increased speed and maneuverability, the jet will have enhanced range because it can carry more fuel and with refueling, it can be extended to well over 2000 km. It can carry larger combat loads. It is also less susceptible to mechanical failures or combat damage. It can carry larger combat loads. At high altitudes, using two engines will have tremendous supplemental benefits, as losing a single engine jet over water or land is a much more life-threatening experience. System redundancy is a tertiary benefit of multi-engine aircraft, since losing engine results in only a 50% loss in total available thrust, plus redundant generators and hydraulic pumps will allow the aircraft to fly. In addition, having two engines will reduce training losses.

Why does India want to make the twin-engine F-18 Hornet in India when it can design and developone of its own. Of course, HAL has its hands full with a kichadi of projects that it cannot handle mainly because of its low-tech jigs, archaic production methodologies, inadequate, inefficient, intractable manpower, and dreadful infrastructure nightmares. The judicious solution would be to synergise the manufacture of the new jet to the very nascent private defense industry. ADA will continue to provide state-of-the-art systems and technologies just as in the case with HAL.

TEJAS has provided Indian engineers valuable knowledge and experience to design and build a cutting-edge contemporary fighter, the long gestation period taken to develop the TEJAS will come in handy when designing and manufacturing the twin-engine jet. This invaluable traction should be put to good use. The name of the game is no longer that you have an accumulation of aircraft that are identical, but instead that you have variants each honed for a specific mission.

While HAL,ADA and DRDO finished their work on TD aircrafts of Tejas in late 1990s and a successful flight in 2001, the HAL and DRDO came up with another proposal, the proposal of “MCA” aka twin engine tejas,the program was intended for the replacement of Mig-29s, Mirage-2000 and Jaguars from the IAF service.

The design of the aircraft was simple it retained same delta wing configuration however it had two engine instead of one and no vertical stabilizers,the HAL planned to equip the fighter with TVC engines. However, the IAF showed little interest in the program and she didn’t had faith on HAL either eventually, the plan was shelved back in 2000s and the IAF insisted on the LCA instead.

It is estimated that Tejas MK-2 will now have MTOW range between 16 to 16.5 tonnes, which is not be confused with 25 tonnes 5th Generation Stealth Advanced Medium Combat Aircraft (AMCA) combat jet which India is developing as a separate program.

The initial concept of MCA, as shown above, was a 4++ Generation, Twin engine, tailless delta design fighter aircraft which borrowed heavily from LCA-Tejas only had MTOW of just 12 tonnes. so a 16+ tonne aircraft dubbed as MCA again makes sense.

IAF which intends to procure 201 units of Tejas MK-2 when it is ready, has asked for an aircraft which can fill in the shoe of now retiring Mig-27 and Jaguar fighter aircraft. Tejas MK-2 will have considerable improvement in its fiery range and external load carrying capacity which allows it to be classified as a Medium Weight Category aircraft and also may improve it export chances in future.

Images by Saruav Chordia with Edit