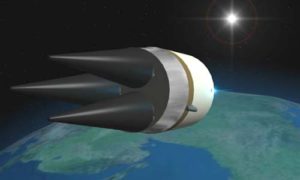 India’s most formidable missile, the over 5,000-km range Agni-V, is now ready for user trials by the military after it underwent its fourth and final test-firing+ from the integrated test range off the Odisha coast on Monday.

The intercontinental ballistic missile (ICBM) Agni-V, dubbed a “game-changer” in strategic deterrence because it brings the whole of China and much more within its strike envelope, was fired from its canister on a launcher truck just after 11am.

Powered by three-stage rocket motors, the 50-tonne missile tore into space to a height of 500 km before following its predetermined flight-path to the “splash point” in southern Indian Ocean 20 minutes later. President Pranab Mukherjee and PM Modi congratulated DRDO.

The Agni-V test, monitored by radars and tracking systems, met all the mission objectives. The country has achieved a very high-level of self-reliance in missile technologies,” said the defence minister’s scientific adviser G Satheesh Reddy.

Defence minister Manohar Parrikar, among others, congratulated DRDO scientists for the “successful” test-firing of Agni-V, which is designed to carry a 1.5-tonne nucleartipped warhead.

TOI was the first to report in its December 14 edition+ the impending test of Agni-V, which will now undergo at least two user-trials by the tri-service Strategic Forces Command (SFC) before full-scale production and induction.

It will take another couple of years for Agni-V to be inducted into SFC, which manages the country’s nuclear arsenal, in adequate numbers. But India has now virtually gate-crashed into the exclusive club of the US, Russia, China, France and UK, which have ICBMs.

The missile’s canisterlaunch final operational version is significant because it gives the armed forces the requisite operational flexibility to swiftly transport and launch the missile from wherever they want within a matter of minutes. The hermetically-sealed canister gives the missile higher reliability, enhanced mobility, less maintenance and longer shelf-life.

Some more fireworks are likely again over the Bay of Bengal when SFC conducts user-trials of the 4,000-km Agni-IV, which is also designed with China in mind, in the first week of January. Apart from the shorterrange Prithvi and Dhanush missiles, SFC has inducted the Agni-I (700km), Agni-II (2,000km) and Agni-III (3,000km) missiles till now.

Also in the works is Agni-VI, which will be armed with “manoeuvring warheads or intelligent re-entry vehicles” to defeat enemy defence systems or MIRVs (multiple independently targetable re-entry vehicles). An MIRV payload basically means a single missile is capable of carrying several nuclear warheads, each programmed to hit different targets.