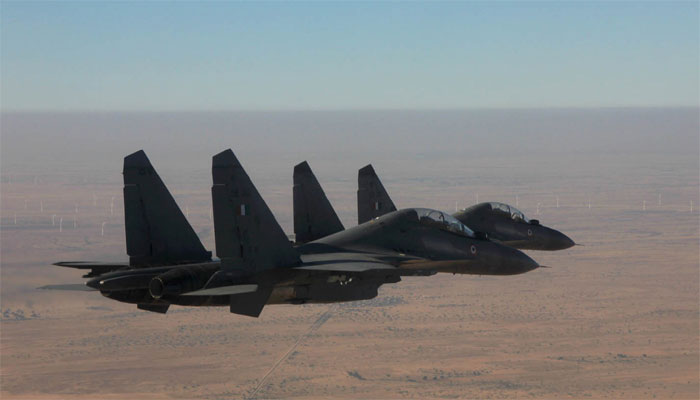 Russia and India have signed a contract for the delivery of 1000 R-27 air to air missiles of a number of variants, which are currently the longest ranged platforms in service deployed by Russian fighter jets. The missiles are reported intended solely to outfit the Indian Air Force’s elite Su-30MKI heavyweight fighters which form the bulk of the service’s combat fleet with over 250 aircraft in service in 12 squadrons and many more planned. Russia’s Federal Service for Military and Technical Cooperation noted regarding the sale: “Indeed, quite large contracts on air-launched missiles were signed some time ago. They stipulate the delivery of about 1,000 missiles of various designation to India.” The Indian Air Force currently deploys a number of long ranged Russian missiles including the R-77, the R-27 and the specialised K-100 ‘AWACS killer’ – all of which are deployed by the Su-30MKI.

India’s acquisition of 1000 R-27 missiles will supplement an earlier purchase of 300 complementary R-73 short ranged missiles, which alongside the British AIM-132 will provide the Su-30MKI fighters with a formidable close combat capability. The longest ranged variants of the R-27 currently in service are the R-27EP and R-27EA with a 130km range – exceeding the 110km range of the R-27. These will provide India fighters with a range advantage over fighters such as the Pakistani JF-17 and Chinese J-11B which deploy the 100km range PL-12 or the F-16s in Pakistani service with a 105km range using the AIM-120C. China’s introduction of the PL-15, a next generation platform with a 150km range and improved accuracy and electronic warfare capabilities, is likely to prompt Indian interest in more advanced and longer ranged Russian missiles in future. The PL-15 is deployed by J-16 fighters stationed near the Indian border, and is rumoured to also be set for deployment in miniaturised form by Pakistan’s upcoming JF-17 Block III fighter. It has thus been reported that India could show interest in acquiring the K-77 from Russia and integrating this onto the Su-30MKI. The K-77 is set to enter service in the early 2020s, and has a range of over 190km, enhanced sensors and electronic warfare systems and a unique active phased array antenna guidance system for greater precision. The missile was designed primarily for Russia’s Su-57 next generation air superiority fighters, but may be integrated onto other platforms.