ALSR – An Advanced feature which will transform Tejas into Deadlier Dogfighter 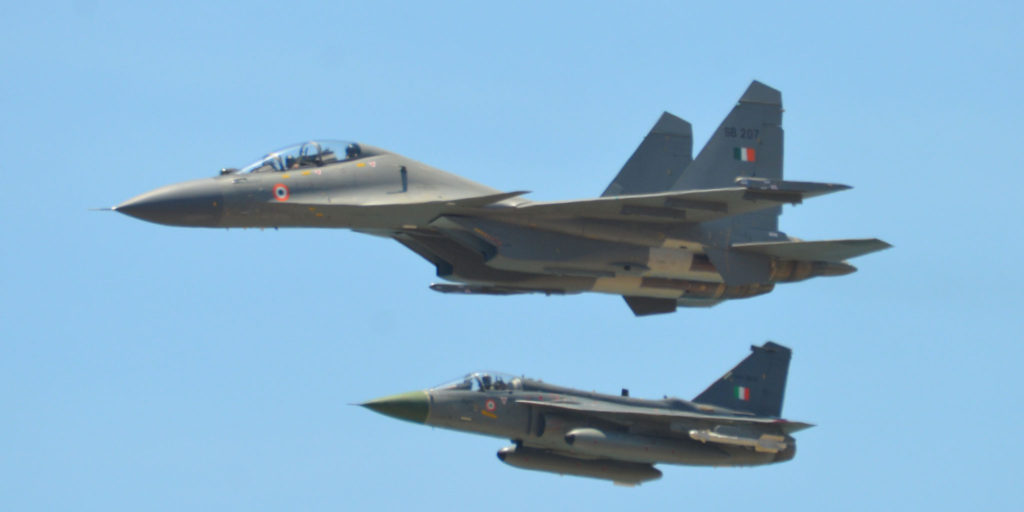 One of many modern features India’s Tejas Mk-1 fighter’s FOC variant will share with other Excellent Dogfighters like Eurofighter Typhoon is ALSR or ‘Automatic Low Speed Recovery‘ System. Auto low-speed recovery (ALSR) flight tests are part of the last leg of activities towards the Final Operational Clearance (FOC), likely to be accorded to the Tejas program, this December.

Unlike in many 4th and older Generation fighter aircraft , where the pilot has to continuously monitor all the parameters while doing combat, Tejas with this feature becomes completely carefree.

ALSR is a state-of-the-art-feature that guarantees complete carefree maneuvering of the aircraft. In a conventional dogfight situation, the fighter jets need to perform Extreme maneuvers. To enable the pilot to concentrate on his combat task,  Tejas’s Advanced 4-Axis Fly-by-Wire system automatically limits the aircraft parameters to ensure no departure from controlled flight and also ensures that none of the structural limits of the aircraft are exceeded.

In this mode, the flight control system (FCS) continuously monitors the pilot’s maneuvers and once it detects that the current manoeuvre if continued for some more seconds could lead to a low-speed departure, it gives a warning to the pilot to take corrective action.

However, in case the pilot ignores this warning the auto-low speed recover function takes over control of the aircraft and recovers it to a safe condition in the shortest possible time.

The advantage of this feature is that it allows the pilot to fly at the limits of the aircraft capabilities by toggling on the low-speed warning during combat. However, it weaves around a safety net, if the pilot makes any error of judgement.

Another related feature in the FOC version of the control laws which is also being tested simultaneously is the Disorientation Recovery Function (DRF).

Pilots may get disoriented at times while flying into clouds or while flying over the sea. In such situations, a switch (panic button) is provided in the cockpit.

If pressed by the pilot, the FCS takes over the controls and recovers the aircraft to level flight optimally (with minimum loss of speed or altitude). Here again IIT Bombay is said to have done some cutting edge work in creating the optimal algorithms. Thus while the auto low speed recovery mode cuts in automatically, the DRF mode is engaged by the pilot when he needs it.

With the FOC now at a striking distance, the Tejas programme has been surely heading with a clear flightpath in sight. The software fine-tuning will continue even as the FOC fighters start rolling out from HAL hangars.