Amid face-off with China, army ammo worth $190 million languishes in Russia 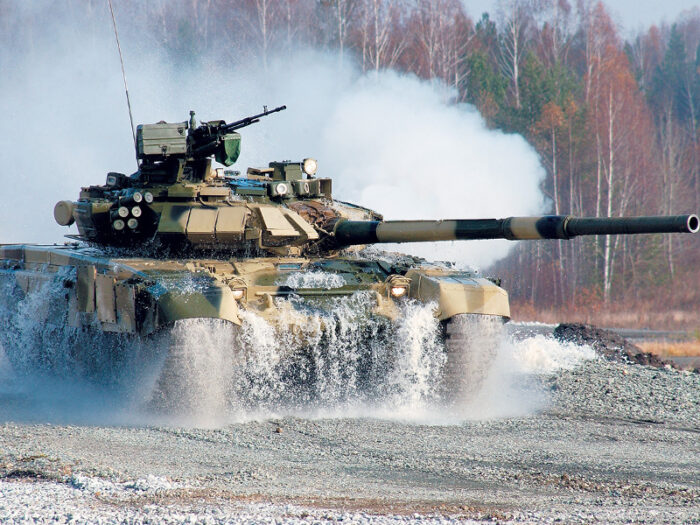 Even as the Indian Army faces the prospect of armed hostilities with China’s military, eleven batches of urgently needed Russian ammunition, contracted by the Indian Army for over US $190 million, have been lying in warehouses in Russia since February, awaiting shipment to India.

Indian procurement procedures stipulate that the ammunition can be shipped only after a mandatory pre-despatch inspection (PDI) by Indian representatives. However, the army has not carried out PDI for the last seven months.

First the army declined to send ordnance inspectors to Russia because of the Covid-19 pandemic. Subsequently the Ministry of Defence (MoD) has refused to sanction their travel, apparently because of the expenditure involved.

Meanwhile the Indian Air Force (IAF) and the navy have completed the required PDI and have taken delivery of the ammunition they ordered. This was done by the simple expedient of authorising the air and naval attachés, posted in India’s embassy in Moscow, to carry out the inspections.

The army too has a brigadier rank officer posted as the military attaché (MA) in Moscow. However, unlike the air and naval attaches, the MA has not been authorised by the army to carry out the PDI.

This is causing a shortfall of critical ammunition within the army at a time when the MoD is making emergency purchases from the global arms market to cater for a possible clash with China. It is also raising the cost of the ammunition since Moscow has indicated that the delay will result in additional expenses.

Keeping in mind considerations of operational security, Business Standard is not divulging the types and quantities of ammunition that remain held up in Russia.

Meanwhile, the Russian government’s defence export agency, Rosoboronexport (ROE), has written at least three letters to New Delhi, including to the defence secretary, urging the MoD to expedite the PDI. Business Standardhas reviewed this correspondence.

In a letter dated July 9, Sergey Ladygin, Deputy Director ROE , informed the MoD that the delay “is resulting in direct financial losses… connected with refusals from chartered vessels, non-receipt of scheduled payments… overload of warehouses and extra expenses for stocking of explosive products.”

He urged the army to follow the example of the IAF, which had, in May, already authorised the air attaches to carry out the PDI.

On September 23, Alexander Vyshar, chief of Russia’s Land Forces Department wrote to the army’s Master General of Ordnance, Lieutenant General Santosh Kumar Upadhyay, pointing out that the ammunition contracts allowed the Indian side to delegate the inspection authority to Russian officials.

Vyshar cited Paragraph 11.7 of the contract, which states: “Should the CUSTOMER fail to use his right to participate in the PDI… the CUSTOMER shall send the Letter to the SUPPLIER, stating that the SUPPLIER has the right to carry out the PDI without the participation of the CUSTOMER’s representatives (capitals in original).”

On October 1, the Russian authorities raised the level further. ROE’s Director General Alexander Mikheev wrote directly to Defence Secretary Ajay Kumar, pointing out that “the issue has not been resolved” despite Mikheev and Kumar having discussed it on the side-lines of the Shanghai Cooperation Organisation meeting in Moscow on September 3.

Pointing out that the ammunition “is in urgent need of the Indian side (sic),” he raised the question of vesting the Indian MA in Moscow “with authorization to participate in PDI or allow [Russian authorities] to conduct inspections without participation of Indian specialists, as permitted” in the contract.

On September 17, the army wrote to the Defence Advisor in Moscow that a ten-man team would be travelling to Russia for the PDI from September 21 to October 5. However, the MoD did not sanction their travel and the situation remains where it was.

The MoD has not responded to an email from Business Standard, asking for comments.