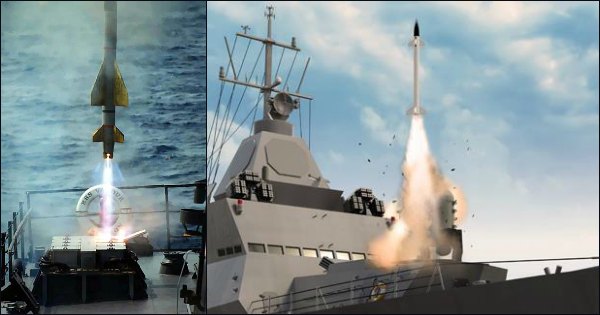 Barak 8 also known as LR-SAM or as MR-SAM is an Indian-Israeli surface-to-air missile (SAM), designed to defend against any type of airborne threat including aircraft, helicopters, anti-ship missiles, and UAVs as well as cruise missiles and combat jets out to a maximum range of 70 km, however, reports suggest the missile has been increased to a maximum range of 90 km following “range upgrade discussions” between India and Israel during November 2014.Some news agencies have referred to the missiles range at 100 km.Both maritime and land-based versions of the system exist.

The Barak-8 has been designed to defend against a variety of short-to-long-range airborne threats, including fixed-wing aircraft, helicopters, drones and projectiles. It incorporates a state-of-the-art phased array multi- mission radar, two-way data link, and a flexible command and control system that enables it to simultaneously engage multiple targets day and night and in all-weather conditions. Due to the comprehensive simulation and preliminary subsystem testing, only three flight tests are sufficient to clear the system for operational induction. Additional tests will follow the initial phase to further explore the system’s performance and capability enhancements.

Barak 8 is based on the original Barak 1 missile and is expected to feature a more advanced seeker, alongside range extensions that will move it closer to medium range naval systems like the RIM-162 ESSM or even the SM-2 Standard. Israel successfully tested its improved Barak II missile on July 30, 2009. The radar system provides 360 degree coverage and the missiles can take down an incoming missile as close as 500 meters away from the ship. 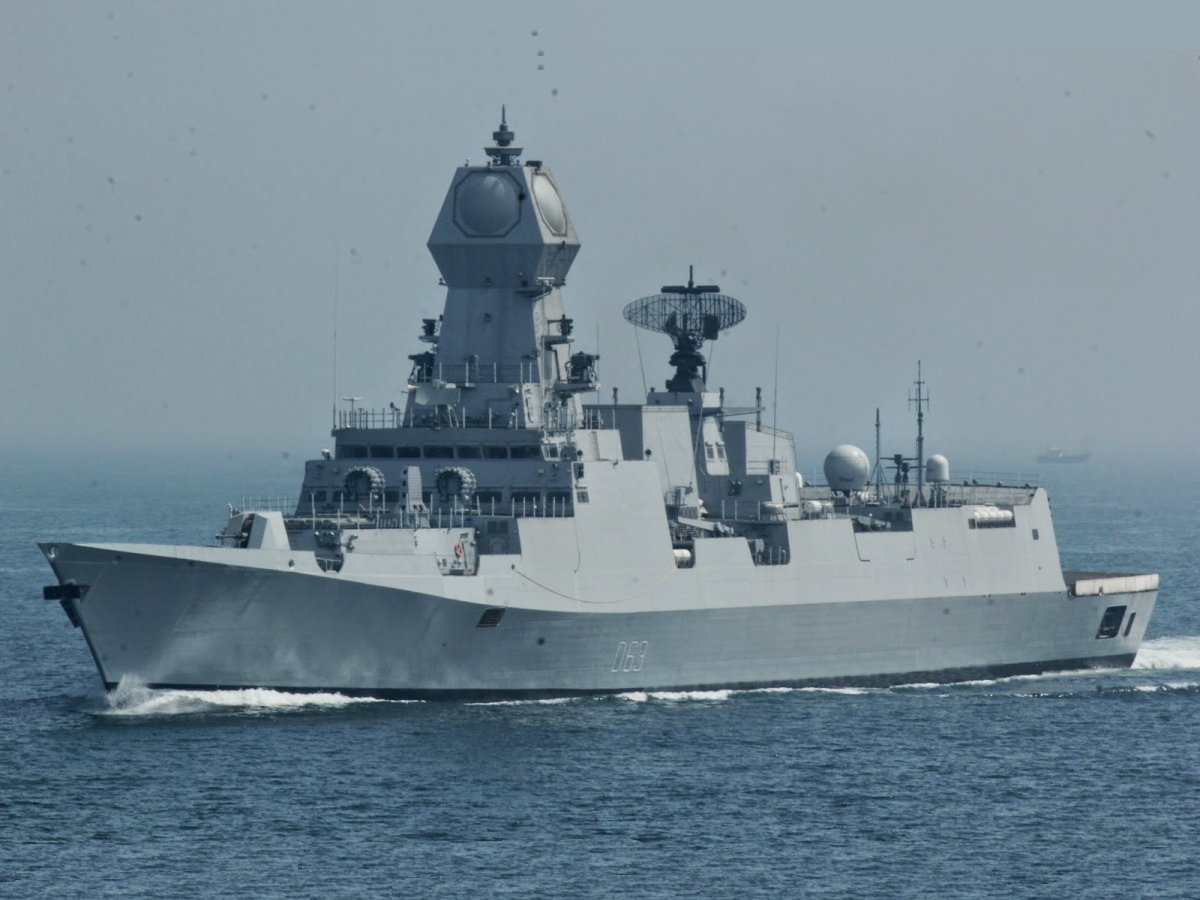 Fire and Forget: a common term used in missile technology, is the ability of a missile to guide itself to its target using onboard computer. Barak-8 comes with an advanced seeker module that can track the target on its own without any guidance from Control. The active Radio and Infrared seekers aboard the missile provides real time data to onboard computers to guide itself to the target.

Multirole capability: Most other LRSAMs have a minimum range of 3km, over which the system can efficiently track and destroy the target. However for BARAK-8, the minimum range is a meagre 0.5km even lesser than the US standard ESSM.

Multiple Simultaneous Engagements: A single Barak system can engage multiple targets at the same time thereby providing necessary defence during saturation attacks. The Kolkata class destroyers currently carries only 4x8cell BARAK-8 VLS, a total of 32 when other ships of same class carry up to twice that number of their systems. This could be attributed to Indian Navy’s confidence in BARAK-8 system.

1) India did not help Israel technologically. Israel is far ahead of India in the field of tactical missiles.
2) India helped Israel financially because India wanted a missile that did a better job than most LRSAM (Long Range Surface to Air Missile) available at the time of conception of the project. But why? China also has supersonic missiles similar to Brahmos (albeit with more range).

The Barak -8 project gave Indian scientists and engineers an idea of how to develop world class anti aircraft missiles. (or if you prefer air interdiction missiles)

IIRC, The Propulsion and fuel part of the missile is made in India; while Israel makes the sensors; homing mechanism and the warhead. Also the Indian BVR AAM Astra is based on the experience gained from Barak-8

Also, To answer this Question(Why India Develops Barak-8), one needs to understand that there are Chinese CX-1 or CM-400AKG which is having similar features of brahmos, which means its mach-3 and it poses serious threat to indian navy and missile defenses. so, the better option is to build an interceptor which can intercept mach-3 missiles. CM-400AKG is also sold to pakistan worst possible enemy. so to eliminate this the Barak 8 was jointly developed with isreal. however US says CM-400AKG is not operational or still in development phases. but india thinks its better to have defenses against mach 3 missiles. hence at the moment india has both the killer and savior both for higher supersonic missiles.

So, coming to the million dollar question. Is it intended for Brahmos AShM?

We cannot say that it is intended for Brahmos systems as India already operates the missile and the chance that any of our enemies getting their hands on it is rare. However considering the Yakhont missile from which Brahmos missile is derived and the chance of it finding its way to our enemies is not so pleasing. Also, Israel’s immediate threats coincidentally purchased Yakhont missiles, for which people misunderstood as the driving force for BARAK-8.

Israeli ships carried only short range SAMs and didn’t have modern radars capable of handling a dedicated attack by its enemies using Yakhont missiles. The answer to this problem was the extremely agile and accurate Barak-8 which packed the best available technology into a medium sized missile. With a max range of 90+ km, it operates in conjunction with the MF-STAR radar which can detect sea-skimming missiles at 30-35 km range. It combined a medium range and short range missile into one missile, having a minimum engagement range of just 300 m and max of 90+ km. There are claims that a single Barak-8 can stop a BrahMos as close as 500 m from a ship. One of the reasons behind the claims is that the Barak-8 is very accurate and has an active homing radar seeker, which enables the ship to technically forget about the missile after its launch and the missile finds the target on its own although the ship does provide guidance and mid-course updates. Since the Barak-8 can have a continuous lock on the incoming missile with its own radar and the MF-STAR can guide 24 Barak-8 missiles to 12 targets simultaneously, the saturation limit for a Kolkata-class destroyer against the BrahMos stands at 12 missiles. This, however, is a contradiction in itself as the Kolkata class carries the BrahMos as well as the Barak-8. This means that deploys the poison and the antidote on the same platform.

The Barak 8 missile system can operate by night as well as by day in addition to all weather conditions. It is capable of successfully dealing with simultaneous threats engagements, even in severe saturation scenarios.

The tested and proven BARAK-8 is a standard additive in all Project 15A destroyers and Kamorta class corvettes currently in service with the Indian Navy. An upgraded version BARAK-8ER (Extended Range to 100+km) will be an additive in Vishakapatnam class destroyers and Project 17A Guided missile frigates.