China has India in its Crosshairs, We Need to Stand Up 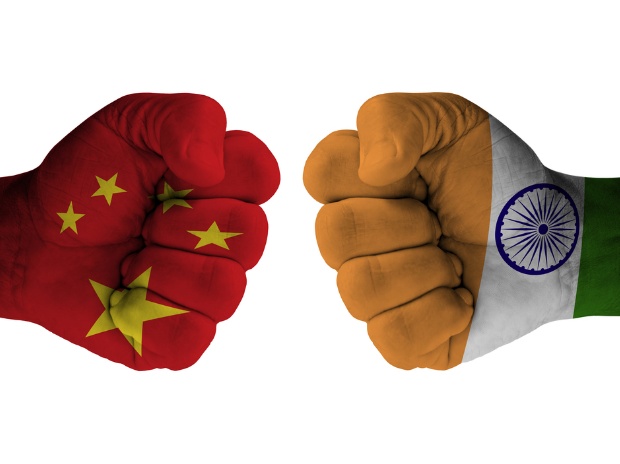 China’s President Xi Jinping has stabbed Prime Minister Narendra Modi in the back, and this is not a first.

Response by our Defence Minister was subdued and belated admitting that the People’s Liberation Army (PLA) has intruded in sizable numbers. No response from the National Security Advisor, none by the Chief of Defence Staff-cum-Secretary Department of Military Affairs, and ditto for the PM.

A scribe went on to say de-escalation has begun when there was none and later posted a photo on Twitter of a PLA soldier bending over our injured soldiers lying on the ground, saying the PLA soldier is ‘tending’ to our soldiers. Why ‘tending’ when he could be abusing or threatening.

With battalion commander-level, Brigadier-level and Major General-level meetings failed to resolve the standoff, there is news of Lieutenant General-level talks being scheduled, on the eve of which unusual PLA buildup opposite Sikkim is noticeable.

PLA must be enjoying our discomfiture requesting these meetings. Why doesn’t the NSA talk to Wang Yi, China’s special representative for border talks with whom he has had several one-to-one meetings? Would that not clarify Chinese intentions first-hand? He isn’t doing so perhaps because he knows the answer: China may say PLA is in own territory; if at all they do, it may be some after extracting major concessions, and: China will retain Galwan intrusion as a launch-pad and monitor the DSDBO road.

Obviously our surveillance is poor with PLA surprising us at multiple places? Where is the required 24×7 satellite surveillance, that China has? Is our RISAT quartet only focused on Pakistani infiltration? What about satellite-intelligence sharing with strategic partners? Did we agree to only Indian Ocean coverage without demanding inclusion of Himalayas?

Sources in the premier external intelligence agency say we had warned China will react to abrogation of Article 370 and establishing Jammu and Kashmir, and Ladakh as Union Territories. Isn’t this like routine terror attack warnings before every Independence and Republic day? What about the build up and forward movement of the PLA – isn’t the Joint Intelligence Committee required to brief the Cabinet Committee of security on the threat build up? Would the NSA with all the intelligence agencies under him tell the nation why this happened?

We failed to read the character of Xi Jinping (satanic version of Mao Zhedong) and the Chinese Communist Party (akin to Hitler’s Third Reich). We fail to acknowledge that China isn’t interested in resolving the border, but to keep India under pressure as it keeps extending claim-lines – as done now with the argument that the PLA is in Chinese territory and India is the aggressor.

In August 2018, a senior functionary of the ruling party told the media in Beijing that large segment of Sino-Indian border is resolved barring the Western Sector and negotiations were moving in a positive direction. But when asked if the Eastern Sector is resolved, and jis response to China’s claim to Arunachal Pradesh, he had no answer.

Over the years, China has been intruding and occupying patches of our territory without a firm response by us. What is the limit beyond which we will not compromise or are we incapable of doing so? Multiple reasons are cited to explain current PLA intrusions but the stark reality is both China and Pakistan respect power. If we want to browbeat PLA we need to be constantly aggressive and have the big fist ready.

Both these countries know that under the euphemism that there will be no war and that diplomacy and economy is enough to ensure national security, the Indian state has weakened the Army and emasculated the soldier, reducing the latter to a level below the police where he is compelled to face iron rods and stones.

There is no substitute to hard power, without which policy makers indulge in rhetorical jingoism and narrative building but only practice ‘rapprochements’ with China. That is why a lowly publication like the Global Times has the cheek to threaten India periodically.

Gimmicks like including Gilgit-Baltistan in the Indian Metereological broadcasts and telling Pakistan to vacate POK is good rhetoric for applause at home, but doesn’t scare Pakistan. Our motto should be ‘Act First, Brag Later’ not the reverse.

International acclaim for India is good and so are international groupings but these are bonus for a country’s hard power. We need to read up on how Charles de Gaulle transformed France from a weak nation to a strong one in seven years flat – building hard power.

Where is our strategic vision – the national security strategy of the Emperor’s Clothes? We need a cold hard review, not rely on narrative building through scribes, media and IT cells to show victory all around. Unless we do this, we will keep going down the vortex.

There is no denying Indian Ocean is becoming the centre of gravity of future conflict but we will have to fight in the mountains ourselves. The current PLA intrusions prove much is lacking. Border infrastructure is far from the required capacity, especially in the northeast. The usual grouse is we can’t match Chinese military and economic strength. We never may but doesn’t mean we cower in fear?

Our military is certainly not a walkover. We talk of introducing Bhagwat Gita in educational institutions, which may be to lure votes. But our politicians would do well to collectively view Krishna’s sermon to Arjuna before the battle began – give up your fears, stand up and fight.

Pusillanimity is damaging India. We need a strong politico-military-economic response which must be conveyed to China unambiguously. Unless we do this, China will keep making more intrusions.

Progressive but holistic economic de-coupling from China is essential. Amid calls to shun Chinese products Niti Aayog says our companies producing bullet proof jackets get raw material from China because it is cheaper. How will the public then stop buying Chinese goods? China makes US$1 million from Tik Tok alone every day and Indians are working for them, proudly appearing on entertainment shows.

Google has taken off the Indian app to delete Chinese apps. What about India having it reinstated? Turns out ‘Mitron’, which was being hailed as an alternative to Tik Tok is a Pakistani app. Where are our IT experts?

Finally, despite all the sugar and spice coating, China has India firmly in its crosshairs. We need to stand up.

Lt General P.C.Katoch is retired from the Indian Army. Views are personal.