China’s J-20 Stealth Fighter gets Operational. Is it a threat to India? 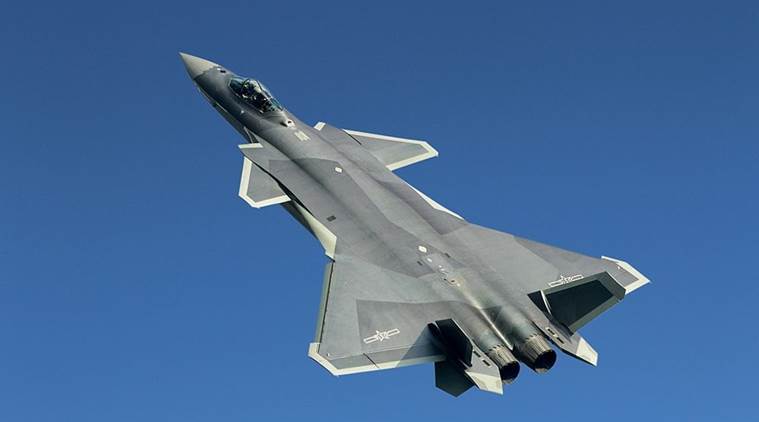 J-20 made its first official first flight in 2011 and made into People’s Liberation Army Air Force one year before assessment made by Pentagon which had told its government that it will become operational by end of 2018 but Defence experts are still skeptical if the aircraft is fully operational at squadron level.

The J-20 is an “advanced aircraft to improve its regional power projection capabilities and to strengthen its ability to strike regional air bases and facilities … The PLAAF … views (this) technology as a core capability in its transformation from a predominantly territorial air force to one capable of conducting both offensive and defensive operations.”It’s delta win canard configuration with V-Shape tail and has two S-Shaped DSI inlets. The aircraft is probably the biggest 5th Gen aircraft and is approximately 60-65 feet long. It has a bubble canopy similar to the F-22. Overall the aircraft uses Chinese experience on the J-10 and JF-17 in wing and inlets area. Most other aspects are taken from the success of the American F-22.

The aircraft is abnormally large in size which indicates that the aircraft will have high weapons and fuel payload capacity giving it long range and capacity to carry a lot more weapons than any other 5th Gen fighter. The nose is also well designed keeping in mind possibly large AESA radar. The overall design of the aircraft is very good and should make it much stealthier than the Russian PAK-FA (if it remains the way it is). The aircraft is stated to get a 180 kN capacity engine which will give it a decent kinematic performance. Chinese production capability is probably the best in the world, PLAAF can get hundreds J-20’s within a very short span.

Weakness: The canards are not good to maintain a very low observability profile as they increase the RCS. The current prototype is most probably carrying avionics system developed for the current line of 4th Gen aircrafts which are not the most advance in the world. China still has long way to go in composite materials thus the aircraft will have much higher maximum take-off weight

The kinematics of the Fighter is also questionable, with it’s weaker engines and huge body, the aircraft seems to be more suitable as a strong interdiction strike / bomber. The Stealth abilities are largely impossible to tell. From the onset, it doesn’t appear to apply the same geometric requirements through out the entire design, but the “shape” of an aircraft alone is not enough to tell how stealthy it is. Much of the stealth comes also from the RAM, or Radar Absorbent Material. This is the coating that goes on the aircraft’s skin and just from Pictures, there’s no way to gauge the effectiveness of the RAM. The RAM is probably the hardest technology to develop, needing a lot of material sciences to achieve. I’m not counting on China’s development to have suddenly caught up to the US, as the US has been producing advance RAM coatings for over 50 years now. However, it should still be rather applicable in todays battlefield. I certainly expect the fighter to exhibit Low Observability functions, just not at the level of the F-22.

The J-20 is a single weapon system, it has a place in the Chinese order of battle, it has a niche in their overall strategic framework. The Indian Air Force has its own planning and counter-planning setup, they will study the 20’s capabilities, the strengths and weaknesses of its air-frame, weapons and sensors, and will adjust doctrine accordingly. We are already heavily invested in long range surveillance technologies like Aerostat Balloons,Low Frequency Radar and AWACS platforms..

All these technologies, and many others significantly blunt the advantages offered by stealth platforms.
In addition, India is already well into the development of stealth platforms of its own specifically to counter the J-20 and J-31, such as the AMCA and the PAK-FA.

And if history is any guide, showing an engineering prototype at an airshow for a press release is very different from fielding a combat capable weapon system, the teething troubles suffered by the USAF with the F-22 and F-35 programs are an experience that the Chinese- who have a vastly inferior R&D and resource base-are likely to repeat.

China’s recent purchase of limited units of Sukhoi Su-35 from Russia suggests that Chinese unlicensed copies of flankers have yet to reach high level of sophistication expected in a 4.5 generation fighter jets and thus it can be presumed that J-20 is still a learning curve for People’s Liberation Army Air Force when it comes to development of 5th generation aircraft which also requires 5th generation of avionics, sensors, and radar along with more modern engines.

J-20 is China’s first attempt in developing a stealth fighter jet and it is also well known and established fact that China is yet to reach technological level of western countries in terms of the development of avionics and sensor package to make J-20 truly a 5th generation fighter aircraft.

With J-20 Chinese have got basic stealth aspect right with the design and it is expected that future variants like J-20B/C/D will keep on evolving for next decade or more till it gets all the elements which make any fighter a true stealth 5th generation fighter jet.