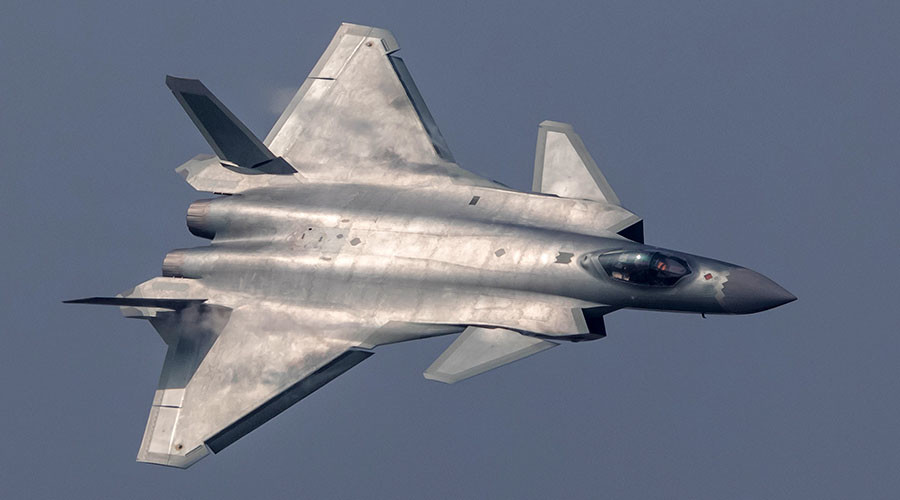 The J-20, the frontline fighter aircraft of the Chinese People’s Liberation Army Air Force (PLAAF), may not be as “stealthy” or simply, equipped with radar-evading skills as once envisaged, sources said.

One handicap the J-20 faces is the engine, the Russian AL-31F, or the homemade Chinese WS-10.

It has a low ‘thrust to weight’ ratio and during acceleration, will need to use afterburners, giving itself away.

Developing serrated nozzles. This will reduce the plane’s tail signature. Or simply, ensure the radars see less of its tail. China is also working on single-crystal grain turbine blade technology to make the engines stronger and more heat-resistant.

Other parts of the plane like it’s Satcom equipment, radome and anti-icing panels are also being made difficult to pick up. But at the moment, sources said, while the front part of the plane is stealthy, the same cannot be said about the rear section.

The J-20 is the PLAAF’s challenge to the Rafale, being acquired by the Indian Air Force. Its stealth-related deficiencies will give Indian air defence systems a breather.

Even without being fully stealthy, it remains a formidable aircraft, with a heavy payload and a sophisticated AESA-1475 radar and also, side-looking radars.