Chinese social media debates who is in control of Ladakh as India, China disengage 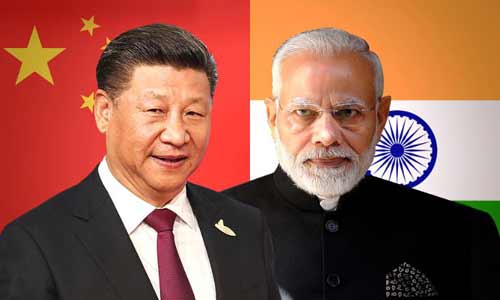 The February 11 agreement for disengagement on the north and south banks of Pangong Tso and the PLA Daily, for the first time, publicly claiming four Chinese casualties from the Galwan clash on February 19 have once again made China-India border standoff a major talking point in China.

Before the focus shifted to ‘national mourning’ and the emotional outpour over the fallen soldiers, an interesting debate was seen on the Chinese internet and social media circles on the efficacy of the disengagement agreement between China and India, particularly which side has compromised and by how much.

While there was some satisfaction that a major crisis could be averted for the time being, there was much more disappointment in China over perceptions like “China has given away too much – a piece for peace”, that “the concession was inexplicable” and “the agreement unfair and unfavourable to China”.

Many commentators in the Chinese internet argued that the retreat was far from “equidistant” – China retreated far more than India, demolished more structures than India and surrendered its key advantages at the Northern Bank of Pangong Lake.

That China can no longer station troops/patrol between the 4th and 8th finger as per the agreement, is seen by many as the real disadvantage for the Chinese side.

“On the northern bank of the Pangong Lake, China was able to patrol till F2 in the 1990s. India built a stronghold at F3 as late as 2014 and according to its own admission, it can patrol till F4/F5 once every two months due to poor condition of infrastructure in the Indian side. India did occupy some heights in the F4 in September last year but was still not able to cross F4. In contrast, the China had a “water base” in F8, a base in F5, and a decent road connecting F4-F8. It had actual control of the region, was in a much stronger position and had much greater mobility as compared to India. But according to the new agreement China must dismantle all the fortifications, buildings, cannon, positions, tents etc., built between F8-F4 and stop patrolling of the area as well. This is undoubtedly, India’s victory on the Northern Bank”, argues an anonymous account in a long thread on LAC disengagement at the online military forum, chaojidabenying.net.

Others at the forum, however, tried to counter the gloom by arguing that this was not really a total concession from China, at most a ‘tie’ between China and India. They argue that in the middle of last year, during the Sino-Indian military negotiations, China had already proposed that the two sides disengage from the F4 standoff site equidistantly.

“Equidistant”, according to the Indian side, meant that China retreats to F8 and India does not move, so that ‘status quo ante’ or the state of the border before April 2020 can be restored. But in the ninth round of talk, India actually gave up its earlier demands and agreed to the same “equidistant” disengagement proposal, which is equivalent to accepting China’s proposal last year.

This is the fundamental reason, the Chinese commentators said, the Indian opposition has been criticising the government while the Indian Ministry of Defense has repeatedly stated that India has not given up its sovereignty over F4-F8. From this context, India too, they argued, has made huge concessions.

Moreover, not carrying out a military operation against India, they contended, does not necessarily mean that China is losing. A showdown with India, they warned, can easily evolve into a tug-of-war and protracted battle. “The war will never end. When the time comes, the Western powers will chip in to drag China into a quagmire of war. India doesn’t need to win the battle, as long as it keeps fighting with China, it will win,” mentions another post on the online forum.

Despite such counterviews, a strong sense of resentment was palpable among Chinese observers, particularly over the perception that the area of actual control under China (that is F4-F8) has now been reduced to a Gray Zone. In the Chinese viewpoint, “The negotiation should have been based on the prevailing situation. The reality before February 10 is that China has actually controlled finger 4 to finger 8. As a part of disengagement process China should have withdrawn maximum to F5. Besides, the F3 post in India was only established in 2014, so why not India withdraws from it.”

It is further argued that this is just a temporary agreement between the two parties, which does not have much binding effect and both parties may tear it up at a convenient time, but recovering the area which came under China’s actual control in the past six months will be next to impossible.

Moreover, in the Chinese assessment, the overall essence of this round of disengagement has been that “China has backed down, it is unwilling to fight”. The Indian media, they noted, was already ridiculing the “speed of the Chinese retreat” while the international media spinning it as per their own interest.

Northern Army Commander Lt General YK Joshi’s interview on February 17 claiming the disengagement as “Indian victory and humiliation of the opponent” further agitated the Chinese side.

This kind of “nonsensical compromise”, some online commentators warned, will have disastrous consequence for China. It will not only lead to the loss of China’s strategic initiative in the western front at a key historical juncture, erode its power and psychological advantage over India, but may also lead to the shaping of the new actual line of control on the Sino-Indian border based on this agreement. Once that happens, many fear that China’s long term goal of “strategic suppression of India, delaying India’s rise, and preventing India from becoming a major geostrategic threat to China in the future” will only be jeopardised.

Some even questioned the need for making such concessions to India at a time when China and the United States are showing signs of easing to some extent, at least not getting worse, whereas India’s internal and external difficulties are at rise. “Why should China make such concessions before India has received enough lessons? India’s appetite is being satiated by such appeasements”, mentioned another post on the same forum.

It is in this backdrop that China’s mainstream media seems to have launched a propaganda onslaught, aimed at projecting China from the position of strength and reclaiming the narrative on Pangong disengagement, both domestically and internationally.

Various articles in popular Chinese news websites like Netease, Sohu etc. narrate how it was becoming impossible for India to carry on with the stalemate at the LAC, leading to the final agreement and how by means of rapid troop projection and rapid withdrawal, China is silently but emphatically telling India that this is no longer the China of 1962 “If we can withdraw that quickly, we can also return that quickly”.

Moreover, several videos have been released by the Chinese side showcasing the deployment of advanced weaponry like Type 99A tank, Type 04A infantry fighting vehicle, Type 15 light tank, and J-20 at the LAC or China conducting mid-course antiballistic missile test etc. In the same vein, China has released its casualty figures – four against 45, as claimed by India and others and against India’s own tally of 20 martyrs from the incident.

The idea is to convey to both internal and external audience that China is very much in charge of the situation at the LAC and contrary to the prevailing discourse it is, in fact, leading the negotiation process in a direction favourable to its interest.