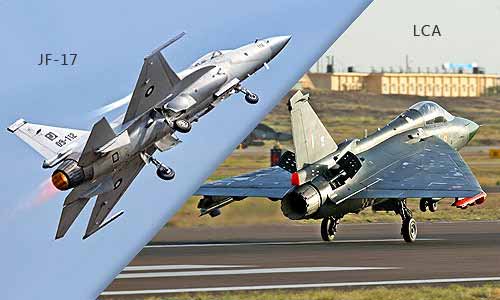 While there is a massive military buildup on the India-China de facto border, the Indian Air Force (IAF) has strengthened its western border and deployed its indigenous Light Combat Aircraft (LCA) Tejas jets.

“The LCA Tejas was deployed by the Indian Air Force on the western front close to the Pakistan border to take care of any possible action by the adversary there,” said a government source and quoted by ANI.

According to the report, the first squadron of the home-developed fighter – 45 Squadron (Flying Daggers), which was based out of Sulur under the Southern Air Command was deployed for an operational role in the area.

With heightened tensions on the Line of Actual Control (LAC), China and India have a massive buildup in eastern Ladakh – the flashpoint of the scuffle between the troops of both sides where India lost its 20 soldiers.

In the Prime Minister’s independence day address, the Hindustan Aeronautics Limited (HAL) developed jets have recently won a praise from Prime Minister Narendra Modi. He also announced the deal to purchase the LCA- Mk IA version. The remark is seen as a push for the ‘Make in India’ campaign to boost local defense production.

Amid the heightening tensions between the two nuclear-armed nations, the deal of 83 Mark – 1A is likely to be finalized by the end of this year. It may be noted that the first squadron of the home-developed fighter jets consists of aircraft with the Initial Operational Clearance (IOC) version.

The second squadron consists of Final Operational Clearance (FOC) version fighters, which were operationalized by Air chief Marshal RKS Bhadauria at Sulur airbase on May 27.

The forward airbases of the Indian Air Force (IAF) have been diligently involved in operations along the western and northern borders. It has also undertaken day as well as night-operations during the recent tensions with China along the Line of Actual Control (LAC) and is seen carrying out extensive flying operations in the recent days.