Do you think having a Chief of Defence will strengthen the coordination between India’s defence forces? 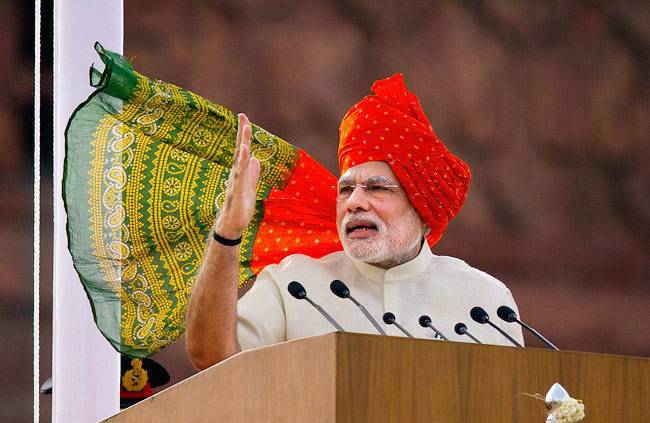 In his first Independence Day speech in his second term Prime Minister Narendra Modi today made a far-reaching announcement for India’s defence forces. PM Narendra Modi said his government has decided to establish the post of Chief of Defence Staff (CDF) for the three services — the Indian Army, the Indian Navy and the Indian Air Force.

The necessity of a Supreme Commander at the theatre level was realised and got fully established during the Second World War. After the war, this concept was adopted into the Defence organization at the national level, with the United States instituting Chairman Joint Chiefs of Staff under the National Security Act of 1947 and the UK establishing Chief of the Defence Staff (CDS) in 1958. Many countries of the world follow this arrangement in one form or the other. Probably, India is the only country in the world, where the Secretary Department of Defence – a generalist civil servant drawn from diverse background and who serves in the Ministry of Defence for a fixed tenure – has been made responsible for “the Defence of India and every part thereof including preparation for defence” according to the Government of India AOB/TOB Rules.

Does it mean that a bureaucrat heading the Ministry will formulate the operational plans for war fighting and Chiefs of Staff will execute it. If that was an anomaly then it should have been rectified by now. But this neglect is either due to politicians’ detachment and indifference towards matters relating to defence forces or alternatively, it serves the purpose of bureaucrats bossing over the military brass. This situation can best be explained in the words of Late Shri K Subrahmanyam, “Politicians enjoy power without responsibility, bureaucrats wield power without accountability, and the military assumes responsibility without direction.”

Let’s study the CDS Models of Nations ahead of us in Military Power.

Joint Chiefs of Staff (JCS). It consists of Chairman of the Joint Chiefs of Staff as its head, who is the senior most ranking military officer having served as chief of any service; Vice Chairman, always from a different service; the Military Service Chiefs from the Army, Marine Corps, Navy and Air Force, in addition to the Chief of National Guard Bureau.

Chief of the Defence Staff (CDS). The CDS acts as the professional head of the Armed Forces and he is the principal military adviser to both the Secretary of State and to the Government.

The Central Military Commission (CMC) has been reorganised with a New Joint Staff Department (JSD) performing the command & control (C2) functions. The PLA has adopted a distinct operational chain of command from CMC to theatre commands and administrative chain of control from CMC to services, akin to the US C2 structure.

Now Let’s see Indian Model and Reasons for Not having it.

Problem Areas in having a CDS

What will/should CDS do?