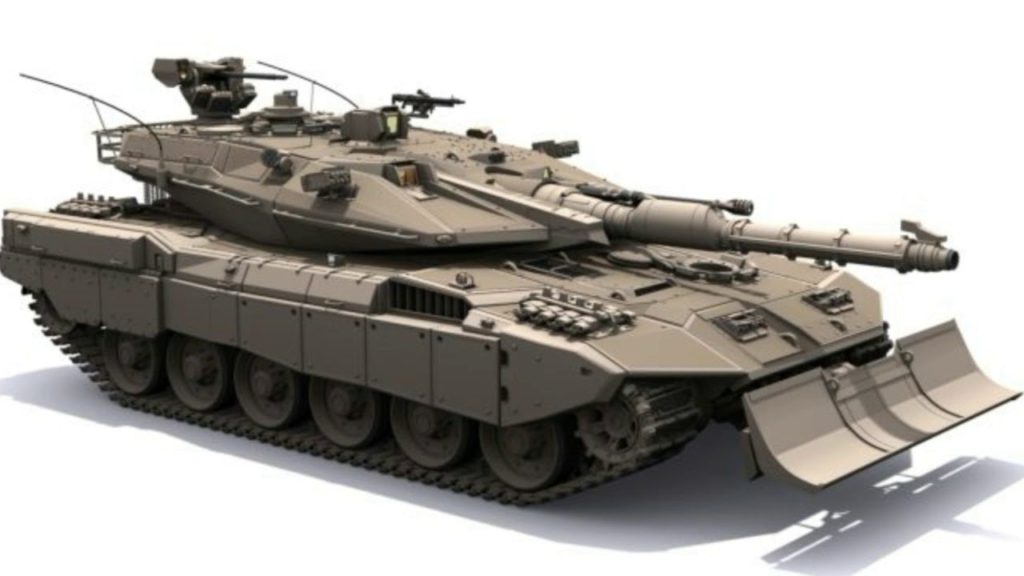 The Indian Army requires state of the art Main Battle Tank namely Future Ready Combat Vehicle (FRCV) to replace the existing tank fleet. It would be required to operate across developed / semidesert/desert terrain and in high altitude areas across the entire spectrum of conflict. It will be a technologically enabled futuristic tank to cater for current and future operational requirements beyond year 2050. The Main Battle Tank – FRCV being the fore runner will pave the way subsequently for a family of supporting platforms, based on a modular approach and base platform standardisation.

India currently operates fleets of Russian origin T-72 and T-90 tanks, with a much smaller fleet of indigenously developed Arjun tanks. The latter platform has fought for years for relevance and numbers in a system that appears bent on moving on from the troubled programme. The FRCV, in many ways, only amplifies the Army’s push for a big refresh in the fighting vehicles sphere, stripped of past afflictions and cross-purposes. To acquire a sturdy and modular base platform that can quickly be spun off into a variety of specialised fighting vehicles.

The Army’s request for information published this week calling the attention of interested vendors is only the latest leg of a process that gathered pace over two years ago. In June 2015, setting down the contours of its interest, the Army had said it was seeking “[D]evelopment of futuristic combat vehicle for induction by2025-27.

This fighting vehicle needs to be developed on a modular concept as part of a family of combat vehicles. The Tracked Main Battle Tank will be the primary/base variant and the entire project will be called the Future Ready Combat Vehicle (FRCV). A ‘Future’ Combat Platform design must cater for ‘future’ battlefield environment and technological possibilities. To address the future battlefield scenario and the envisaged force profile in the coming years, the FRCV needs to be developed on a modular concept with a high degree of flexibility in a manner that, as a tank platform, it can address the varying requirements of different terrain configurations. At the same time it can provide the base on which a ‘Family of Vehicles’, catering to the operational needs of various arms of the Army, can be developed.”

To be driven by the ‘Make’ category under the MoD’s Make in India rules, the Army describes the FRCV as a ‘medium weight (45-50 ton) platform required to operate across developed / semi desert/desert terrain and in high altitude areas across the entire spectrum of conflict’. The three-stage contest begins with a design competition, for which global tank houses will drawn in through an RFP. The Directorate General of Mechanised Forces will then then choose a winner, passing them down to a prototype development and production stage. The three-stage process is unprecedented in Indian Army contracting history.

The FMBT now has been rechristened as Future Ready Combat Vehicle (FRCV). The Indian Army is planning to design and develop a new generation, state-of-the-art modular combat vehicle platform FRCV for its Armoured Corps in the coming decade. The FRCV will form the base platform for the main battle tank and its variants and will replace the existing T-72 tanks, which have been in service since the 80s. FRCV along with other need-based variants on this platform is likely to be inducted by 2025-27. This move also indicates that the main battle tank, Arjun, developed by the DRDO does not meet the future requirements of IA.

To ensure that the next generation AFVs are designed as per Indian doctrine & requirement, the IA has issued a RFI on 08 Jun 15 for designs for a Future Ready Combat Vehicle. So far, we have been importing AFVs, irrespective of whether it meets our design philosophy & requirement or not and then alter our strategy. The recently issued RFI states that the ‘future’ combat platform design must cater to ‘future’ battlefield environment and technological possibilities. To address the future scenario and the envisaged force profile, the FRCV, which would be in the “medium tank” category, needs to be developed on a modular concept with a high degree of flexibility in a manner that, as a tank platform, it can address the varying requirements of different terrain and weather configurations, whose physical dimensions should facilitate transportability over existing terrain, in-service military bridges and major civilian infrastructure (including bridges) in the border areas (on either side of the Western border).

This tracked fighting vehicle would feature a modular design that will be leveraged to create a family of combat vehicles. The FRCV’s modular design would be flexible to an extent where it can be configured to operate in varying terrain.

The changing nature of military doctrine and extra-territorial deployment to peace-support operations has resulted in substantial shift in the military capability required by combat systems, specifically in the shift from a platform-centric concept of operations to a ‘capabilities’ and ‘effects-based’ approach.

The cost of each FMBT is expected to be about $ 5.5 million (Rs 30.25 crore) indicating a market of over $ 11 billion (Rs 60000 crore) for 2000 tanks. The FRCV may cost more initially, as design & development cost will be included in it, however, on mass production the overall cost is likely come down. Now the FRCV and FICV being under Make category, which means only Indian companies would be allowed to participate, are going to be game changers for the private industries as it will be worth over $ 20 billion. The up gradation of existing fleet of AFVs/ICVs for the next 15 years is likely to have a market for another $5- 10 billion and balance to cater for the other variants of Combat Vehicles. During the next 15 years cycle i.e. 2012-2027, it is anticipated that the Army is likely to get Capital budget allocation of $250billion. Taking reference to past allocations it can be safely estimated that the Mechanized Forces will get roughly 15-20% of the Army Capital budget i.e. $40- 50 billion during this period.

With the FRCV in the mix, the Army’s new armoured orbat settles as follows: the T-90/T-90S tanks remain the overwhelming mainstay followed by a much smaller fleet of modernised/modified T-72s. A handful of Arjun Mk.1/Mk.2 regiments — more more than four — will form the tail end. The FRCV’s ambitious expanse means the Arjun just got squeezed a whole lot more.