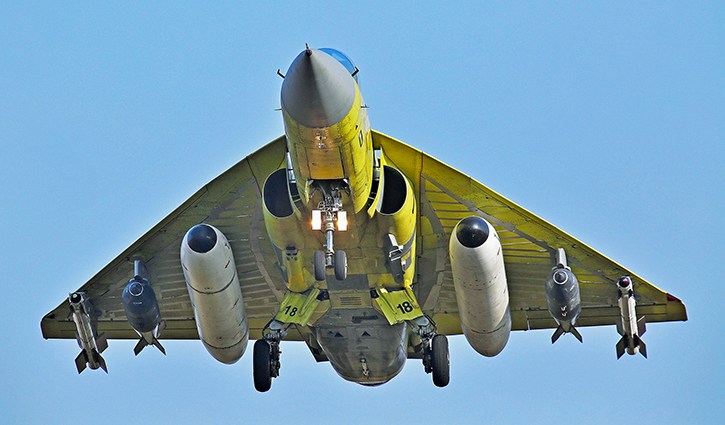 HAL Tejas Mark 2 is being developed to meet the latest Indian Force Requirements and will incorporate fifth-generation jet fighters elements which are intended to make way into the Sukhoi/HAL Fifth Generation Fighter Aircraft (FGFA) and HAL Advanced Medium Combat Aircraft (AMCA).It is being developed for the use of Indian Air Force and Indian Navy.

After India scrapped Single Engine Fighter (SEF) for 114 units, news coming in is that Indian Air Force has agreed to procure 201 units of Stretched version of Indigenously developed LCA-Tejas MK-2 which will come with host of improvements over Tejas MK1 and MK1A and the project is likely to go official by end of this year .

DRDO chief Dr S Christopher also confirmed that first Tejas MK2 will make its first flight by 2022 and will be ready to enter production by the time production run of 83 MK1A ordered by IAF comes to an end by 2025-26.

The MK2 is an improvement over LCA Airforce Mk1 with higher thrust engine. This aircraft will have improved survivability, maintainability and obsolescence mitigation. Active Electronically Scanned Array (AESA) Radar, Unified Electronic warfare Suite (UEWS) and On-Board Oxygen Generation System (OBOGS) are some of the state of the art technologies planned to be integrated. The cockpit design has been improved with bigger size, smart Multi function Displays (MFD) and smart Head Up Display (HUD). 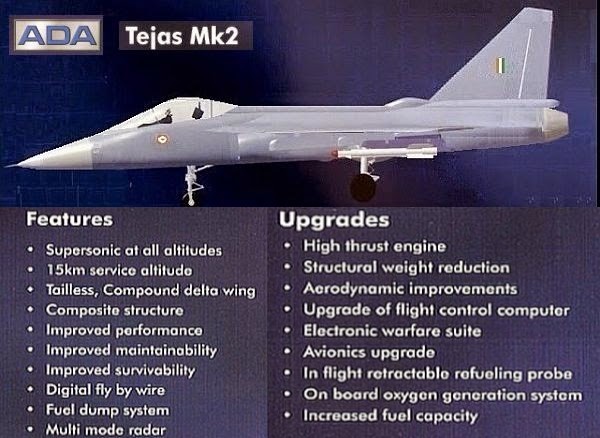 Kaveri engine program was low on agenda and nobody was interested to pour more money into a project which had such low chances of success and for over three decades didn’t come anywhere close to meeting its objectives.

Snecma Team which had access to Kaveri engine program earlier had studied its flaws and knew exactly ways to fix it with their own technology but previous negotiations for joint collaboration failed due to high price asked by France, this time India was offered free fix for Kaveri engine program and our Military planners seemed more than delighted to grab that offer since it did not involve any additional funding from Indian side.

General Electric refusal to provide Complete Transfer of technology (ToT) for F404-GE-IN20 turbofan engine lead to the development of the M88-4E-Kaveri engine.

The decision to develop a Mk-2 version of Tejas LCA was taken in September 2008, when it became clear that the Kaveri engine would not be ready in time for the Tejas, which would have to be inducted into service with its current lower thrust GE-F404 engine.The GE-F404 powered Tejas doesn’t meet IAF requirements, so a follow up version of the Tejas is being developed with a more powerful engine. Ironically, LCA Tejas Mk-2 will be the LCA that the IAF sought to begin with.

Final Cockpit design layout for Tejas MK-2 has been frozen, MK-2 will sport Touch based two 6×8 main display with Smart MFDs and one 5×5 smart MFD which will have Day and Night mode .

The biggest game-changer, one that would make the Tejas a truly formidable multi-role fighter, could be the ongoing project to develop an Active Electronically Scanned Array (AESA) radar. This advanced radar, which only US companies have truly mastered, is being developed for the Tejas by the DRDO laboratory, Electronics Research & Development Establishment (LRDE).

Whether or not AESA radar is developed in time for the first Tejas Mark II, this radar will be retrofitted onto these fighters as soon as it is certified, says the ADA chief.

Indigenously developed Uttam AESA radar for Tejas MK-2 has completed Software development for air-air sub-modes and have begun development of software which will allow air-to-ground modes which are crucial for aircraft to carry out high-resolution mapping, multiple grounds moving target detection and track, combat identification, electronic warfare, and ultra high bandwidth communications will be completed by year end and IAF and ADA along with LRDE will carry out Project Review at the same time .

Modifications to Airframe and Engine

Minor modifications are being made to the LCA Tejas Mk1 airframe to accommodate the slightly larger engine.It will have a length of 14.2 metres (1 metre more than that of the Tejas Mk 1, for incorporating a stretched nose section and a modified fuselage section aft of the cockpit for housing an expanded complement of mission avionics LRUs), height of 4.6 metres (as opposed to 4.4 metres of the Tejas Mk 1, to accommodate an enlarged vertical tail-section) and a wingspan of 8.2 metres, same as that of the Tejas Mk 1, that, however with an increased wing area.

External stores capacity will be boosted to 5,000 kg (as opposed to 4,000 kg for the Tejas Mk 1), while the twin internal air-intake ducts will be minimally enlarged to cater to the increased airflow requirements of the 98 kN thrust of M-88 Kaveri Engine

The mark 2 is also equipped with new glass cockpit having Touch based two 6×8 main display with Smart MFDs and one 5×5 smart MFD which will have Day and Night mode.The aircraft also features  Digital fly by wire system ,fuel dump system,Tailless compound delta wing and composite structure which improve performance,maintainability and survivability and make it supersonic at all altitudes.

Next up for testing is a sophisticated on-board oxygen generating system, developed by the DRDOs Defence Bioengineering and Electro-medical Laboratory (DEBEL), which continuously collects atmospheric oxygen and supplies it to the pilot. Today, the capacity of the oxygen bottles that contemporary fighters carry limit mission times; when oxygen runs low, the pilot heads back to base. Now, the on-board oxygen generating system, along with mid-air refuelling and the Tejas Mark II  increased fuel load, will allow 3-4 hours of continuous flying, more than most fighters in the world.

DRDO chief Dr S Christopher also confirmed that first Tejas MK2 will make its first flight by 2022 and will be ready to enter production by the time production run of 83 MK1A ordered by IAF comes to an end by 2025-26.

IAF and MOD are exploring feasibility of starting Second production line for Tejas MK2 while IAF is still not put a final figure on MK-2 aircrafts they want but it is estimated that final figure might be close to 300 aircrafts till then IAF is committed itself in procuring an initial 83 Tejas Mk 2s and the Indian Navy has expressed its firm requirement for 46 LCA Mk2 for Indian Navy. Talks have been held with Private Defence companies and Tata Advanced Systems Limited (TASL) is emerging as a viable option said source.