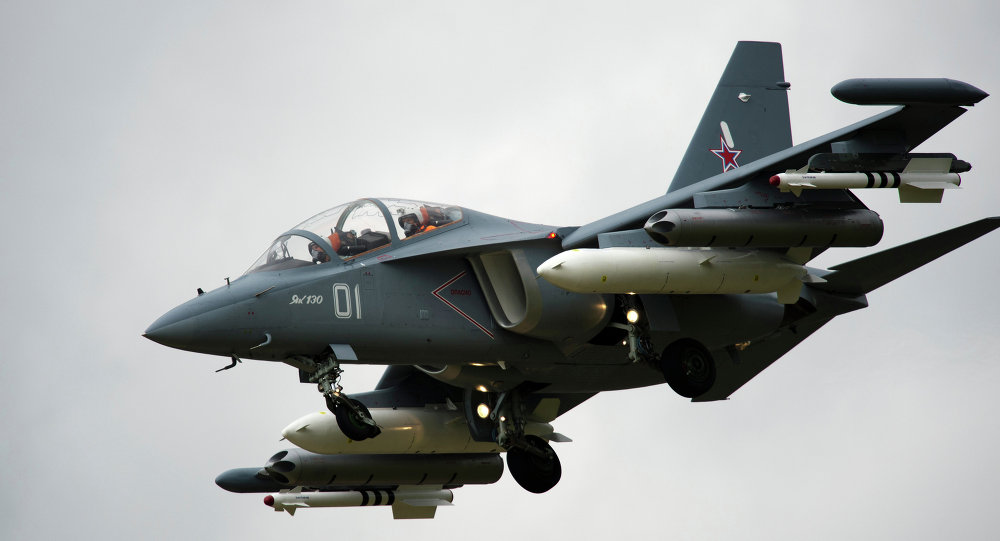 Indian Air Force Chief Air Chief Marshal Birender Singh Dhanoa will fly in the Yakovlev YAK-130 Mitten Advanced Jet Trainer during his July 9-12 visit to Russia. The Air Chief Marshal, who is also the Chairman of the Chiefs of Staff Committee by virtue of being the senior-most chief of staff among the three heads of Indian armed forces, is undertaking a bilateral goodwill visit to Russia for four days.

The development holds much importance for the IAF, which has been struggling to fill the gaps of trainer aircraft for years. The IAF has 310 trainer aircraft — more than 100 less than the sanctioned number of 432, a parliamentary panel report revealed earlier this February.

Russian aerospace group Irkut has been tight-lipped about it, but YAK-130 advanced jet trainer/light-attack aircraft has been on offer to India is not a secret and Russians have been pushing it’s trainer aircraft after HAL’s HJT-36 Sitara Intermediate Jet Trainer (IJT) program was delayed to due to technical reasons.

Hindustan Aeronautics Limited’s HJT-36 ‘Sitara’ Intermediate Jet Trainer (IJT), took to the sky for the first time in three years on April 17, 2019. The IJT program has been resurrected on account of both renewed interest from the Indian Air Force (IAF) as well as HAL’s confidence in the modifications it has made to the design. With these modifications, the aircraft is projected to clear its stall and spin tests and achieve certification by 2020. If this objective is indeed achieved, HAL will commence serial production of the HJT-36 to fulfil the role that is discharged by the HJT-16 Kiran trainer with respect to Stage-2 pilot training in the IAF.

Capable of training pilots in air to air, air to land and waypoint navigation, the HJT-36 boasts a composite body, a modern full glass cockpit, zero-zero ejection seats and modern avionics. It can carry a ton of armament in the form of podded guns, within visual range air to air missiles, rockets and anti-tank missiles. This makes it an effective solution against a variety of targets such as unmanned aerial vehicles, soft skinned vehicles and tanks, for which a supersonic fighter aircraft would be overkill. Also, its ability to fly slow as a trainer is a serious advantage when it comes to acquiring such relatively slow moving targets.

Even though HAL’s HJT-36 Sitara IJT was recently flown with a heavily modified tail section, yet it is still not certain that it will clear all it’s pending technical trials, Defence Ministry and IAF have pulled the plug on the program and have stopped funding of the program for a while now and HAL is using its own internal funds to fix the technical issues in the program for a while now. IAF meanwhile has been looking out for options available at the International market in case HAL is not able to fix all its issues said a senior air force official close to idrw.org on this matter.

It is well known that the Yak-130 aircraft was offered for an IAF requirement for jet trainers in 2008, but was rendered ineligible as it hadn’t completed evaluation trials in Russia (the IAF subsequently decided to order more BAE Hawk Mk.132 advanced jet trainers).

Yak-130 is in the same class of BAE Hawk Mk-132 advanced jet trainers which are already operated by Indian Air Force but Mood in the Indian Air Force off late has been against BAE Systems of UK for some time now after plans to procure 20 more Hawk Mk-132 have been in doldrums for last few years due to the high asking price from the British firm from India on the new orders .

BAE Systems and HAL Jointly developed Advanced Hawk made its debut at Aero India 2017 which can carry 3 tonnes of weapons including air-to-air missiles, air-to-ground missiles, laser designation pods and precision-guided munitions was already rejected by Indian Air Force, even though IAF for the first time used Hawk Mk-132 as a light combat aircraft in Gagan Shakti-2018 Air Exercise showing its interest in arming combat trainer for secondary roles so that it can be used as a light combat aircraft by Indian Air Force

According to a company spokesperson, “Yak-130 New generation Combat Trainer provides top-class pilots training to handle Russian and foreign-made combat aircraft of the 4+ and 5 generations. Currently IRKUT Corp. is working on improvements to Yakovlev Yak-130 combat jet trainer that may turn it into a light attack aircraft. The first stage of modernization includes the installation of an inflight refueling system and optronic pod. In the next stage, designers plan to equip the aircraft with radar. The radar installation will provide the Yak-130 with target detection for air-to-ground missiles.”

YAK-130 is on par with Hawk-132 AJT which is already in service with IAF and in fact, is equipped with better higher thrust class engines and also comes with has better combat payload capacity . while it is not clear how it can be a Stage-II trainer in IAF when it has better performance then Stage-III trainer aircraft already in the service but IAF is also not committal on procurement of any trainer from abroad and has decided to support HAL’s SPORT trainer/attack variant based on the baseline Tejas Mk1 platform to be used as a Supersonic Lead-in fighter training (LIFT) after Stage-III training program.