How powerful is Bhabha Kavach for the Indian Armed Forces? 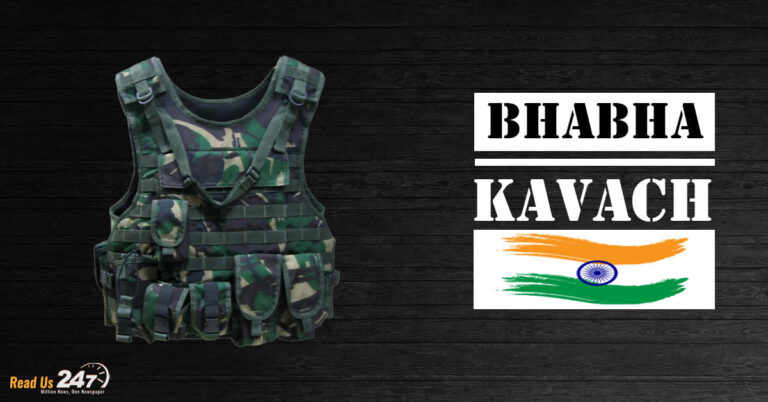 A growing graph of examples relating to terrorism and various types of violence conflicts has also increased demand for advanced, efficient and cost-effective bullet-proof jackets that can potentially deal with the rapidly changing threats of the 21st century.

It is a light weight next generation bullet proof jacket developed for the use of Indian Armed Forces as well as Indian Para Military and Police Forces.
This jacket is known as Bhabha Kavach, and is named after the great Indian nuclear physicist Dr Homi J. Bhabha. He is also called Father of the Indian Nuclear Program because he was the founder of India’s Nuclear Program. It is Indigenously Developed by Ordnance Factory Board (OFB) and Mishra Dhatu Nigam Limited (MIDHANI).

Bhabha Kavach Bullet Proof Jacket costs only Rs 70000 and the cost of other jackets in the same category is Rs 1.5 lakh. You can guess from this, how much difference in the prices of both.

This jacket, is not only lighter but also stronger than those which are already available in the market.

The Jacket with 360 degree full protection shielding front, back and sides weighs around 9.5 Kg whereas the one with just front protection weighs around 6.8 kg in comparison to 17 kg jackets of similar specifications already available in the market.

The material is so tough that it can provide level 3+ shield from assault rifles like Ak-47.

More than 20 tests have been done on this jacket by various certified agencies also Bhabha Kavach has qualified all the ballistic tests required as per the National Institute of Justice and the new Bureau of Indian Standards.
Protection Layers

All the material used in this jacket has been developed by the Atomic Research Center in India itself.
Bhabha Kavach is built from layers of high-density, high-tenacity polyethylene, which are fused together at high temperatures to form a thick, hard Armour plate, which is then sprayed with BARC’s carbon nano-material.

The material used in the jacket are hard boron carbide ceramics, carbon nano-tubes and composite polymer. Boron carbide is used by BARC in control rods to absorb neutrons and control the fission rate in nuclear reactors.

It is estimated that about 1 lakh bullet proof jackets need to be produced for the next 10 years. India has achieved a great achievement by developing this jacket on the indigenous way in its entirety, which will prove to be very beneficial for India going forward.