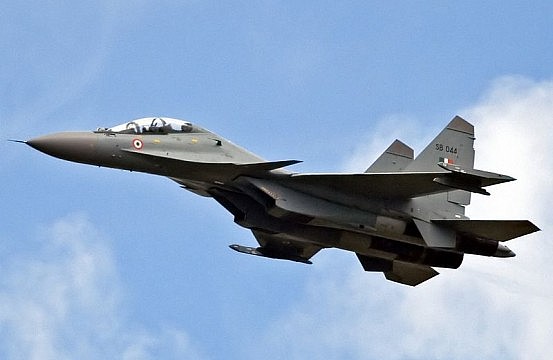 The Indian Air Force is set to shelve its plan for an engine upgrade of the Jaguar deep penetration strike aircraft due to the high cost involved. Instead, it could go in for additional Sukhoi Su-30 MKIs to replace the aircraft that will be grounded, ThePrint has learnt.

Top sources in the defence establishment said the Rolls-Royce Adour 811 engines of the 1980s vintage twin-engine aircraft have seen 15-30 per cent reduction in thrust. This means the Jaguar cannot carry its full load.

The IAF had planned to go in for an engine upgrade and had selected US firm Honeywell’s F-125IN engines. But sources termed the Jaguar upgrade programme as being an awkward state of affairs.

“The price quoted by Honeywell and the HAL for ‘re-engining’ is just too high. For the price of two such upgrades, we can get one basic Rafale,” a source said.

Currently, the IAF operates a total of six squadrons of the Jaguar. However, in actual strength, there are only five squadrons, as the sixth is not a complete squadron.

The Jaguar is already undergoing an avionics upgrade — from Darin-I to Darin-III standard — but this programme is seven years behind schedule.

“The Darin-III upgrade is all about avionics and a better cockpit system. However, the problem is with the engines. Since the thrust factor is coming down, the aircraft is already flying with lower load during peacetime operations as a precautionary measure,” a source said.

Sources added that there would come a time when aircraft would be grounded as and when their engine thrust comes below a specific point, as it would put the pilots’ lives at risk.

IAF pilots have a morbid joke among themselves that the Jaguar’s current engines are so underpowered that in case of one engine failing, the second takes the aircraft to the crash site, not back to safety.

A source said the plan to procure more Sukhois was being considered because it could fulfil a similar role.

“One plan is to order more Su-30 MKIs to replace those fighters that would be grounded. As far as role is concerned, one Sukhoi can play the same role as two Jaguars,” the source said.

“We can’t really afford to ground the entire fleet if the engines become a problem. If we do that, our fighter squadron strength will come down to that of Pakistan. Not to forget that out of those 25 squadrons, we still have some of ageing MiGs.”