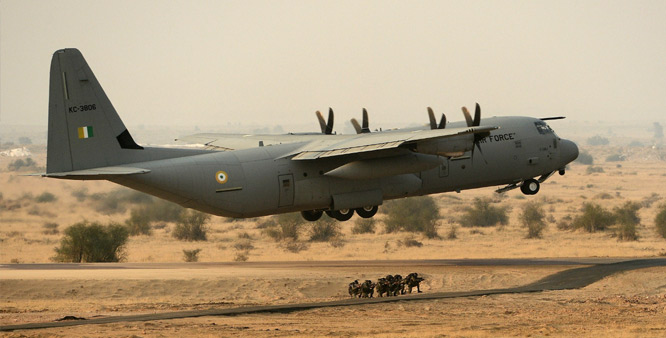 China had expressed concern in 2018 over the planned deployment of advanced weapons systems along the 4,057-kilometre border that it shares with India. The Chinese defence ministry has said India should avoid steps that contradict an agreement reached between the two leaderships to maintain peace and tranquility.

Indian Army Chief General Manoj Mukund Naravane, in his maiden press briefing in New Delhi, stated that the country has started deploying advanced weapons systems and improved infrastructure along the border with China.

“At one point of time it (advanced weapon system) was more towards the Western front (Pakistan). Now we think both borders are equally important. It is in that context that the rebalance is taking place”, Naravane outlined on Saturday in New Delhi.

While emphasising the balancing of the threat on the nation’s eastern borders, Naravane insists on capacity building like roads, habitat, and storage for ammunition in the East. Taking on a growing military relationship between China and Pakistan, Naravane said that deployment at the world’s highest battlefield Siachen is crucial for the Indian Army. “It is strategically important. It is from there where collusion (between Pakistan and China) can happen”, Naravane said.

General Naravane, who spent years along the China border as chief of the army’s eastern command and commander of the Assam Rifles, also said that differences along the loosely demarcated Line of Actual Control with China are being settled locally now. “After the strategic guidelines, small differences are sorted locally and not allowed to escalate”, Naravane said while adding that it marked an increase in mutual coordination between the armies.

In a major development, Naravane announced that all the issues have been resolved between the two sides to set up a military hotline between India’s Director General of Military Operations and Western Theatre Command of the Chinese People’s Liberation Army to ensure peace along the border and defuse tension emerging standoffs effectively and quickly.

Strategic guidelines were issued by the leadership of the two countries after an informal summit between Indian Prime Minister Narendra Modi and Chinese President Xi Jinping in Wuhan in April 2018 to build trust and mutual understanding and enhance predictability in the management of border affairs between the militaries of the two South Asian giants.

Over the past few years, India has been developing a decades old airfield near the Chinese border along the Line of Actual Control to support the deployment of advanced weapons system at fast pace. The Indian Air Force and Indian Army conducted a first of its kind war games in October 2019 to test readiness along the border with China.

The Indian Army has deployed its M-777 howitzer, BrahMos supersonic cruise missiles, and mainstream fighter jets along the Chinese border over the last two years. China expressed concern in 2018 over the planned deployment of advanced weapons system along the 4,057-kilometre border that it shares with India.

“To maintain peace and stability along the India-China border is an important consensus reached by the two sides”, spokesman for the Chinese Ministry of Defence Colonel Wu Qian said in 2018.