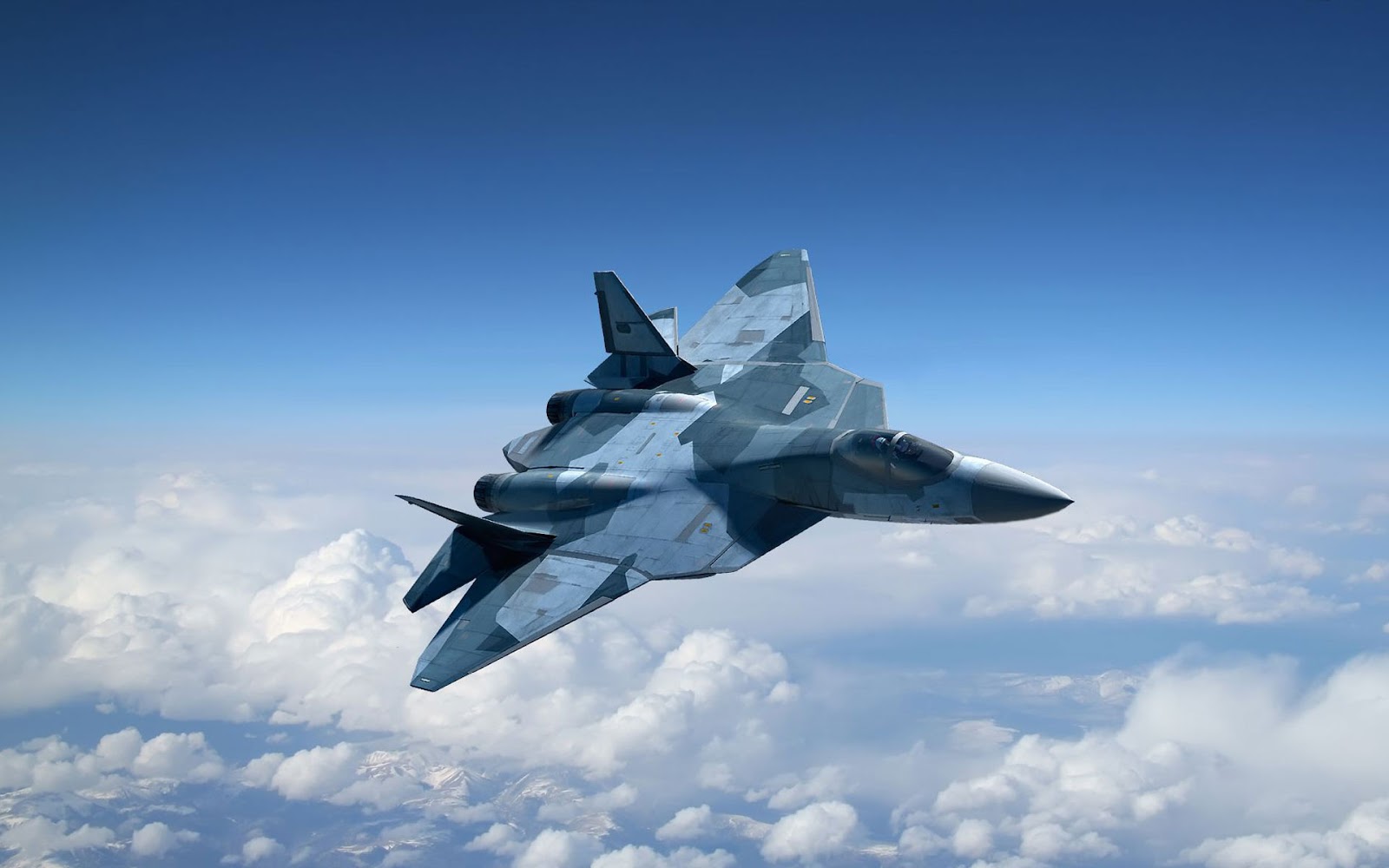 In what may provide the Indian Air Force with another option to procure latest fighter jets, Russia will present the export versions of its latest fifth-generation Su-57E fighter jets at the MAKS-2019 air show.

Along with the Su-57 fighter jets, the IL-112VE light military transport aircraft will also be put on display at the aforementioned air show. The Indian Air Force which currently has a shortage of fighter jets squadron might just be keen to have a look at these latest multi-purpose fighters developed by Rosoboronexport.

Alexander Mikheev, the CEO of the manufacturer stated that all the necessary documents required to export Su-57E are ready and the fighter jets could be readily attained by foreign buyers. The MAKS-2019 air show will be hosted by Moscow from August 27 to September 1.

What does the Su-57E have to offer?
The Sukhoi Su-57 is a modern-day beast with stealth capabilities. It is a single-seat, twin-engine fifth-generation fighter jet being developed since 2002 for attaining air superiority over enemies.

The design has been deliberated upon keeping in mind features like supercruise, super manoeuvrability and stealth. The aircraft is expected to have a service life of around 35 years and will replace Su-27 and MiG-29 in the Russian Air Force after the development program is officially completed.

Russia has already offered India to enter into a defence partnership for the co-development of Sukhoi Su-57 fighters. India which was initially a part of this co-development program had withdrawn from the joint venture in 2018 after Russia refused to share the source code of the jet’s mission software and flight systems. Will India reconsider its position on this being made time and again by Russia?

SU-57 can plays a major role in India’s competition with China and Pakistan, its two major regional rivals. China has pushed the J-20 stealth fighter project to a stage competitive with the SU-57, although we know less of the former’s capabilities than of the latter. For its part, we can expect that Pakistan will likely acquire J-31 stealth fighters from China, whether off the shelf or as part of some kind of joint production scheme.
India has a requirement for 120-130 swing-role planes with stealth features for increased survivability, advanced avionics, smart weapons, top-end mission computers and 360-degree situational awareness.

The ability to super cruise or sustain supersonic speeds in combat configuration without kicking in fuel-guzzling afterburners is a key Indian requirement. However, the IAF continues to have reservations about the project due to the high cost and the extent of technology transfer, a senior official said.

Last year, India pulled out of Fifth Generation Fighter Aircraft (FGFA) Program which it has planned to develop with Russia based on Su-57 aircraft but had promised that Su-57 will be reconsidered when it is ready for export as an off the shelf purchase in a government to government deal.

India is concentrating on the development of local fighter jet programs like Tejas Mk1A, Medium Weight Fighter (MWF), and 5th Generation AMCA fighter jet program which post 2040 will make up over 50% of the inventory of Indian Air Force and will replace all aging jets like Mig-21, Mig-29, Mirage-2000 and Jaguars.

Recently India has been offered by the United Kingdom to join their 6th Generation Tempest stealth fighter aircraft program as partner country which will fund and also produce this jets locally in the country if ever Indian Government agrees to join the program .