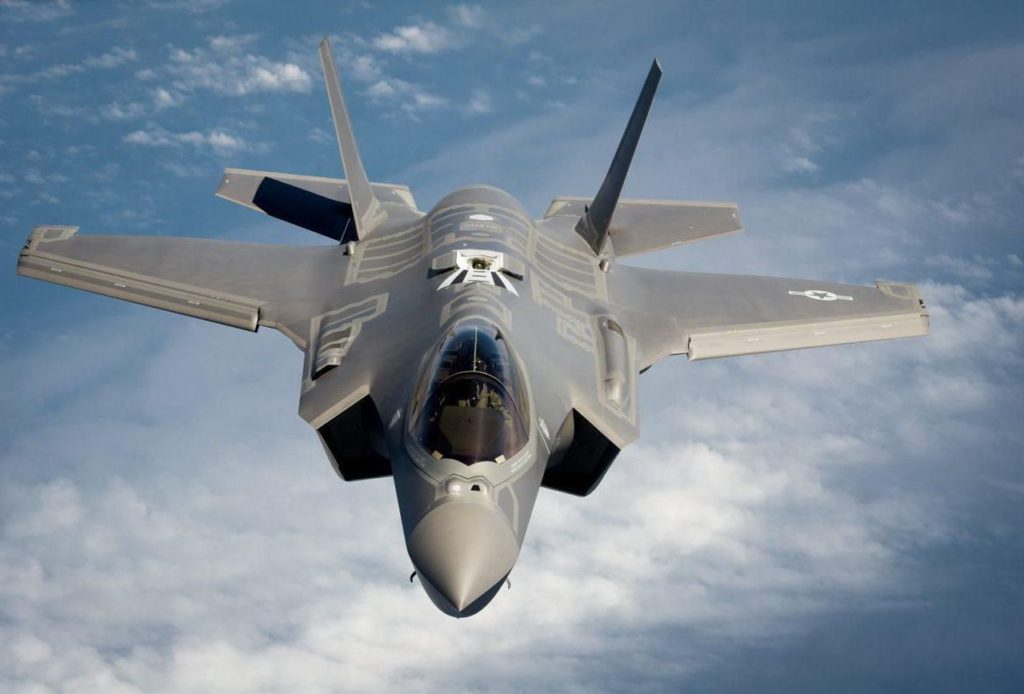 Indian media is reporting that the Indian Air Force has asked Lockheed Martin to brief it on the capabilities of the F-35. Yet it’s not clear if this is true, or even whether an F-35 is on the horizon.

“The IAF top brass is formally requesting for a classified briefing by the F-35’s prime builder, Lockheed Martin, on the capabilities of the sophisticated, fifth-generation fighter developed under the US Joint Strike Fighter program,” claims the Indian publication Business Standard.

Lockheed Martin directed questions about this to the U.S. government. The U.S. Department of Defense’s F-35 Joint Program Office told The National Interest that it was unaware of any request for a briefing by the Indian government. Had the request been made, it seems likely the Joint Program Office—the hub of the F-35 project—would have been aware.

If the reports aren’t true, it wouldn’t be the first time—Indian media claimed in January that Lockheed Martin had proposed manufacturing the F-35 in India.

“However, it appears that the story was the result of confusion between discussion on the F-35 and the company’s [Lockheed Martin’s] well-publicized bid to move its F-16 line to India,” reported Defense News.

So is India genuinely interested in acquiring an American stealth fighter? “I doubt an F-35 purchase would happen soon for a number of reasons,” says Timothy Hoyt, who co-chairs the U.S. Naval War College’s Indian Ocean Regional Studies Group.

While it’s natural for India to be curious about a prominent combat aircraft like the F-35, which a dozen U.S. allies have already committed to buy, an Indian purchase would face numerous domestic obstacles.

Long a customer of Soviet and Russian arms, recently India has been buying American, including Apache and Chinook helicopters, howitzers and discussions are underway for acquiring drones. India remains cautious about relying on Washington for weaponry, given that the United States has long been a patron of its arch-nemesis Pakistan (a ticklish situation for Washington as well).

India also has made efforts—albeit scandal-plagued—to develop indigenous major weapons such as the Arjun tank. India’s Defense Research and Development Organization would likely “promise it can deliver an equivalent system in an unreasonably short time frame,” Hoyt says. “If that doesn’t kill the deal, there will be very strong voices insisting on licensed production in India with technology transfer, as well as demands for offsets on any deal.”

To afford the F-35, New Delhi would have to boost defense spending, which might raise a furor given that even American critics have blasted the Lightning II over a price tag that’s almost $100 million per plane. Even if a purchase were approved, “India’s procurement process is abysmally slow,” says Hoyt. “Despite all of the publicity given to the Medium Range Combat Aircraft acquisition about a decade ago, that decision has never been fully implemented.”

One question is how the introduction of a potentially nuclear-capable stealth aircraft would affect India’s volatile rivalry with Pakistan, which itself has nuclear weapons and a competent air force and missile arsenal to deliver them. “The US has introduced nuclear-capable aircraft into the region in the past, with the F-16 deal to Pakistan,” Hoyt says. “It accelerated an arms race. India immediately sought new equivalents in the Mirage 2000 and MiG-29.”

So how would Pakistan respond? “They could double down on nuclear deterrence, which appears to be their preferred method at the moment,” says Hoyt. “If they need a new system, they could go to China. But I have no real idea how the Chinese would feel about technology transfer of their own latest-generation stealth fighter.”

Ultimately, Indian acquisition of the F-35 will rest on political rather than military considerations, Hoyt believes. “It would be a deeply political action that would link the IAF much more closely, and make it much more interoperable, with the U.S. Air Force.”

Which in turn suggests that Indian F-35s might really be aimed at China, with whom New Delhi fought a short war in 1962. While India may be cautious about allying with America, an F-35 buy “would send a message to China,” Hoyt says.