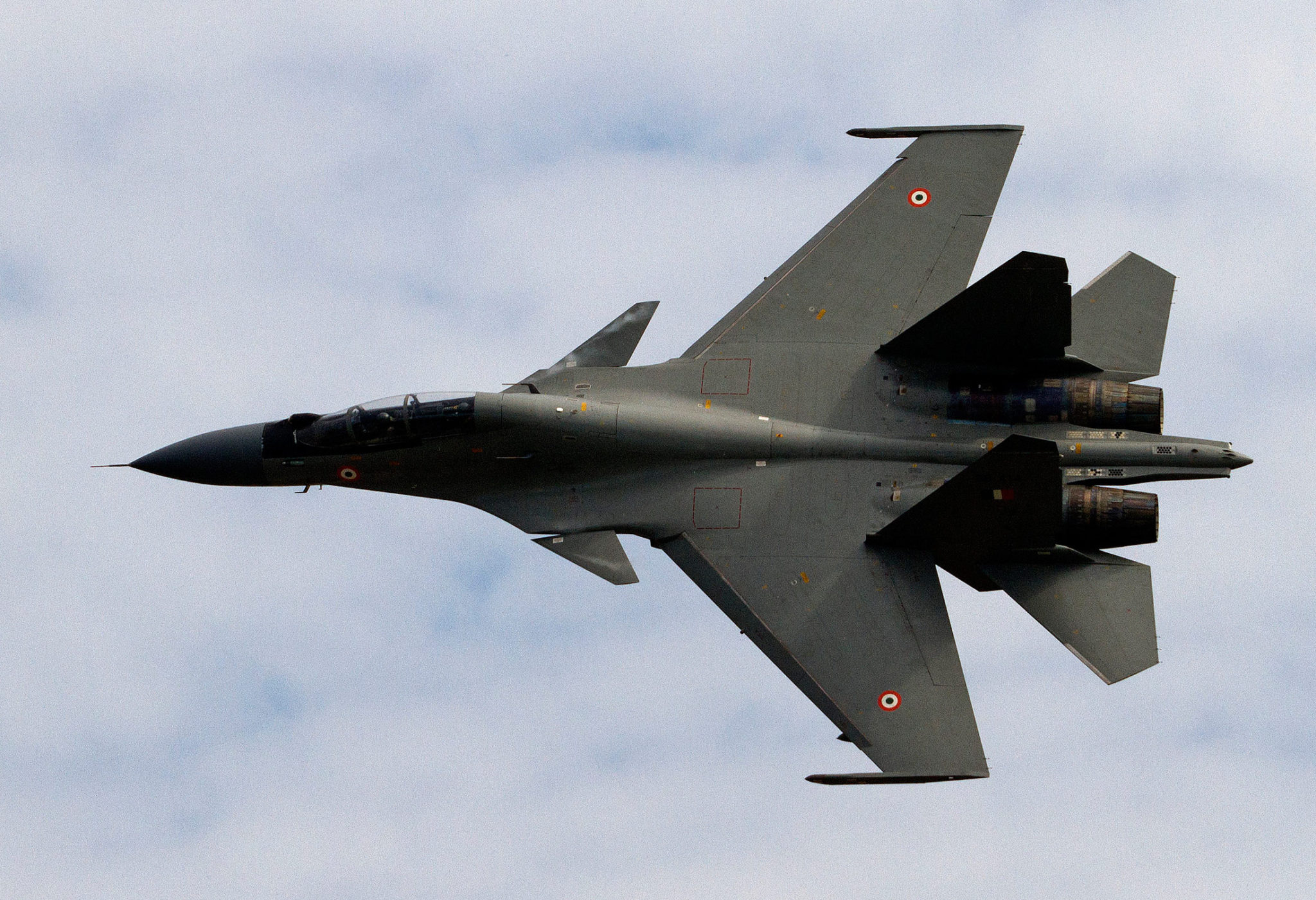 Indian Air Force (IAF) Sukhoi Su-30 fighter aircraft flies past during a parade at an airbase in Tezpur, India, Friday, Nov. 21 2014. Indian President Pranab Mukherjee presented the presidential Standards, considered one of the greatest honors for an Air Force unit, to 115 Helicopter Unit and 26 Squadron of the IAF “for their selfless devotion, professionalism and courage in the face of adversity,” according to a press release. (AP Photo/Anupam Nath)

IAF requires 42 squadrons to be effective during a two-front war with China and Pakistan but is currently operating with only 31 as it retires the older MiG-21 and MiG-27 aircraft. The additional Su-30 MKI and MiG-29 jets will add two more squadrons to the IAF fighter fleet.

Russia’s Federal Service for Military-Technical Cooperation (FSMTC) Deputy Director Vladimir Drozhzhov on Monday (July 8) said in Moscow that India has placed a request for an additional 18 Su-30 MKI kits and over 20 modernised MiG-29 aircraft. Hindustan Aeronautics Limited (HAL) will assemble the Sukhoi twinjet multirole air superiority fighters from the kits at its Ozar plant in Maharashtra’s Nashik while the MiG will come in flyaway condition.

The first Su-30 MKI entered service with the IAF on September 27, 2002, and since then 259 more have joined the force. According to Drozhzhov, Russia has delivered all components and kits to HAL to assemble 222 Su-30 MKIs. Out of the 272 fighters, the first 50 Su-30 MKIs were manufactured in Russia and flown to India.

“We have fully met our commitments on delivering all technological sets of Su-30MKI fighter jets and have received an additional bid for another 18 technological sets. The bid is being worked out,” Drozhzhov was quoted as saying by the Russian news agency Tass.

He added that FSMTC has also “received proposals on supplying more than 20 modernised MiG-29 fighter jets and a request for modernising some 450 T-90 tanks”. “We are working on these proposals to hand them over to India,” he said.

HAL Chairman and Managing Director R Madhavan had said during the February 2019 Aero India show in Bengaluru that the defence PSU had asked the Defence Ministry to sanction one more squadron of Sukhoi fighter jets.

Currently the HAL Ozar plant can overhaul 12 Su-30 MKIs per year and the Centre wants the capacity to go up to 25 jets.

Russia has supplied India with all the major components and armament required to assemble and arm the Su-30 MKIs. These include the AL-31FP engine, Vympel NPO R-77 medium-range missile s along with other arms. HAL has been able to indigenise almost 50% of the Su-30 MKI.