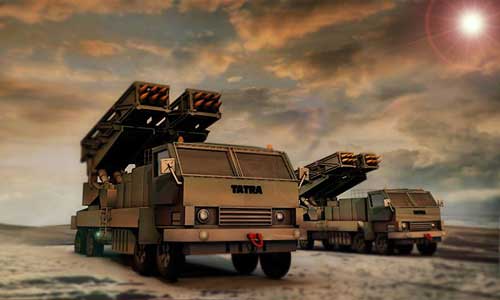 With soaring tensions with China not coming to an end any time soon, India has started accelerating operations to set up the new Air Defence Command (ADC), which will be headquartered in the country’s northern Allahabad (now Prayagraj) city.

The ADC, which is likely to be ready by October, will enhance military cooperation of its Air Force, Army and Navy by bringing it under one command and equip the nation with capabilities to protect its military assets from enemies’ aerial threats like fighter jets, missiles and drones.

According to government sources, the ADC, which is likely to be headed by a three-star air marshal and will control the air defence forces of all the three services.

“The work has been hastened to prepare the structure of the command under an Air Force officer. Efforts are being made to put everything together and announce the creation of the air defence command at Prayagraj around the Air Force Day on October 8 this year,” as quoted by government sources.

The idea to bring in place the ADC was suggested by General Bipin Singh Rawat, the country’s first Chief of Defence Staff, who asked top officials of Headquarters Integrated Defence Staff (IDS), to devise its proposal as a part of the military’s theaterisation plans.

Under ‘Theaterisation’, specific units of all the three armed forces are brought under one theatre commander. The commander exercises operational control and can be from either of the three services, depending upon the function assigned to the command.

The newly acquired advanced S-400 surface-to-air missile defence system from Russia, once delivered, will come under the command of the ADC, which will already have indigenous Akash, the Israeli SpyDer, and Soviet-origin Pechora, OSA-AK and the shoulder-fired Igla, at its disposal.

Moreover, Prime Minister Narendra Modi is also looking to create a separate theatre command for the state of Jammu and Kashmir, and the country could have up to five theatres to fulfil its security requirements.