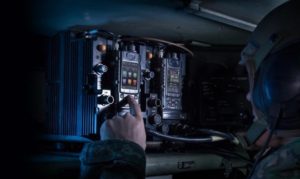 An Israeli financial news publication on Sunday reported that the Indian Army had awarded a contract worth $127 million to an Israeli company for the supply of tactical radio systems. Elbit Systems, a privately owned Israeli defence company, had announced the contract on its website on Sunday. However, it did not specify the customer, a practice common with other Israeli defence contractors also.

The Elbit press release stated, “It was awarded a $127 million contract to supply vehicular tactical radio systems to the army of a country in South Asia. The contract will be performed over a three-year period. The radios to be supplied will include several configurations for integration on board a range of armored fighting vehicles and tanks at the battalion and company levels.”

Globes, an Israeli financial publication, reported, “Elbit did not mention to which country the tactical radios will be sold but market sources say that it is to India.”

The radios to be supplied will include several configurations for integration onboard a range of armored fighting vehicles and tanks at the battalion and company levels.

In 2004, Israeli newspaper Haaretz reported that Tadiran Communications, which subsequently merged with Elbit, had won an Indian Army order worth $113 million for radio equipment to be mounted on tanks and other platforms.

In July 2018, the Defence Acquisition Council cleared a ‘repeat’ order for 4,900 Tadiran radio sets for the T-72 and T-90 tanks of the Indian Army.

In addition to radio equipment, Elbit is also seeking to supply unmanned aerial vehicles to the Indian military.

In December 2018, Elbit, in partnership with the Adani Group, opened a “50,000 sq. ft. state-of-the-art facility” in Hyderabad to manufacture UAVs. The facility is described as the first such factory outside of Israel meant for the manufacture of Elbit’s Hermes 900 long-endurance UAV.