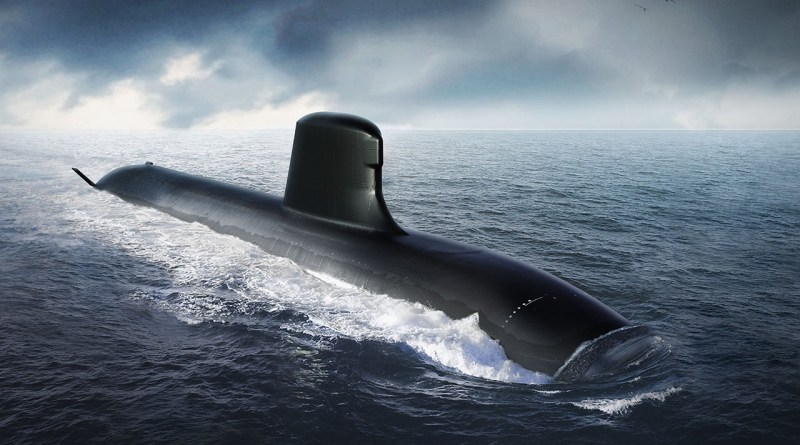 To transform the Indian Navy into a true blue-water force, a fleet of SSNs and nuclear-powered general-purpose attack submarines are required to meet the great power expectations in the Indo-Pacific and beyond in the decades to come, according to Commodore Roby Thomas.

Commodore Thomas, a senior fellow at the Manohar Parrikar Institute for Defence Studies and Analyses (IDSA), in his paper — Nuclear Attack Submarines: The Elixir for a True Blue-Water Navy published at Journal of Defence Studies — stated that notwithstanding the Covid-related economic contractions, India needs to astutely plan its rise by strengthening its maritime capacities, like its SSN fleet.

While SSNs are more expensive to build and maintain than regular diesel-electric submarines, classified as SSK, which have undergone numerous iterations since World War II and are as relevant now as they were then, Commodore Thomas says the metrics of life-cycle cost and equivalent effectiveness have proven otherwise.

“Instead of comparing the life-cycle cost of a single SSK to that of an SSN, a study by US Navy considered it more prudent to compare the total life-cycle cost of the number of SSKs that would provide equivalent on-station capability to one SSN. The study indicated it would require between 2.2 and 6 SSKs to have the effectiveness of one SSN.

By this metric, even with a lower single platform cost, an SSK fleet would cost 1.3 to 3.5 times more than an SSN fleet, to maintain the same on-station capability,” the IDSA report stated. India has 16 diesel-electric submarines (SSKs), one nuclear-powered general-purpose attack submarine (SSN) leased from Russia, and one ballistic missile submarine (SSBN).

“Nuclear submarines are national strategic assets and even the best of friends do not part with this technology. For example… the US only gave Britain the reactor to operationalise its first SSN, HMS Dreadnought, and subsequently the Trident SLBM, but never the entire submarine. Similarly, Russia provided India with SSNs on lease to gain experience and training, never to own,” the IDSA report stated.

“Conversely, if you pay the right price, you may buy or make in collaboration a conventional submarine, but never an SSN. As this technology takes decades to develop, nurture and maintain, it needs to be a very carefully thought through strategy by any country which seeks to make and maintain a presence on the world stage,” it added.