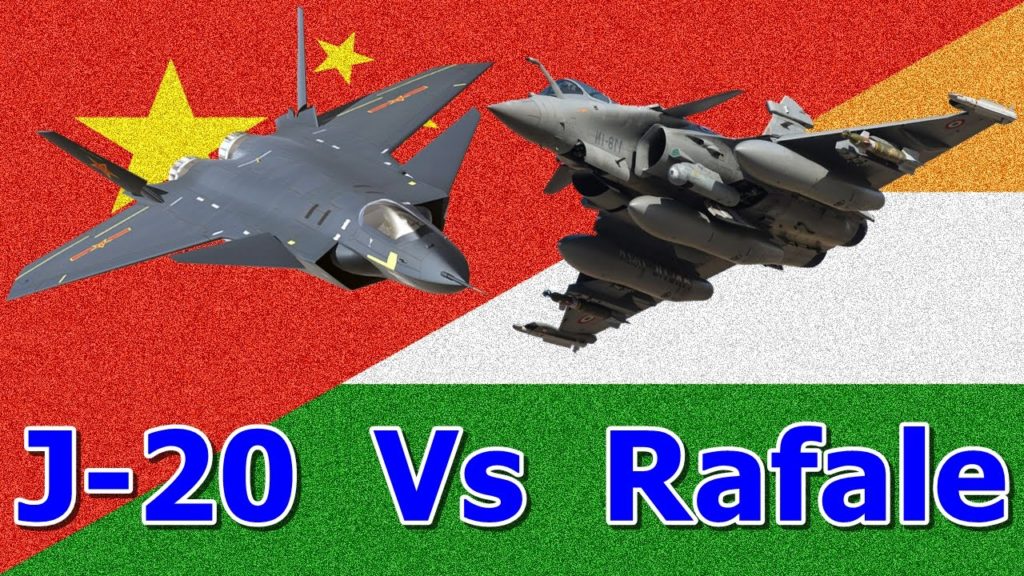 The Dragon has just inducted its 5th generation fighter, J-20 Chengdu, in Peoples’ Republic Army Air Force (PLAAF) to send across an emphatic message that emerging Indo-US alliance cannot forestall its rise in the world arena. While we may humour ourselves as lot of country bumpkins are doing on social media that J-20 has sluggish engines and its stealth is no stealth, Chinese at least have a decent platform at hand. They can round up the edges and streamline it progressively to come up with a premier fighter in the world. And given that China is historically no aerospace giant, swift realisation of a technological tall order, that a challenging fifth Gen aircraft surely promises, is no mean accomplishment.

Stealth fighters are kind of secret projects for every nation working on stealth technology. No one knows exact specifications of these machines. Whatever comes in public domain is the claim which is made by a nation for their technology.

If you observe carefully USA claims that their F22 raptor is unbeatable. But its not yet tested. So far its just a claim. In 2013 their was a joint air exercise is Europe where Eurofighter typhoon has hunted down a Raptor. Since china has created so much disturbance in South China sea America has a constant eye on china’s moves. Their raptors were on a mission while doing surveillance over south china sea. But USA has never deployed their raptors near Russian borders or not even in middle east where NATO is operating, not even for surveillance. Russia and France frequently use their machines there. There is a theory behind it stating that USA is still in a state of cold war with Russia. And Russians are desperately finding a loophole to checkout their claims and decode their technology. Thats the reason Raptors are not operating in this zone. After a operating duration of more than a decade Raptor is still a mysterious fighter.

J-20 is also like the same. No one knows its exact specifications until its been tested against another nation. Whatever information we have about J20 is the one which china claims to be. But who knows how long it will sustain. Mitsubishi has designed a fifth generation fighter for Japan but the story remains same there too. All these machines are property of one nation and never been tested against another technology.

Rafale we all know, is an omni role fighter that can do both the jobs decently well. Furthermore, it can double up as a recce fighter and very effectively play Combat Air Support (CAS) role due to its abilities at low heights.

However, considering that India and China are accustomed to sparring every few years, whatever their end goals, a real face-off between two cannot be entirely ruled out.

The Dassault Rafale is a French twin-engine, canard delta wing, multirole fighter aircraft designed and built by Dassault Aviation. Equipped with a wide range of weapons, the Rafale is intended to perform air supremacy, interdiction, aerial reconnaissance, ground support, in-depth strike, anti-ship strike and nuclear deterrence missions. The Rafale is referred to as an “omnirole” aircraft by Dassault.

Rafale has ground breaking EW Suite in form of SPECTRA system which carries out reliable long-range detection, identification and localization of threats, allowing the pilot to instantly select the most effective defensive measures based on combinations of radar jamming, infrared or radar decoying and evasive maneuvers. SPECTRA gives Rafale firing solution with 1* precision at 200 km.The outstanding capability of SPECTRA regarding airborne threat localization is one of the keys of the RAFALE’s superior situational awareness. SPECTRA now include a new generation missile warning system that offers increased detection performance against the latest threats.

Rafale incorporates a sleek design and stealthy intakes to reduce RCS. Dassault claims to have built the airframe with over 70% of it been composites.

Chinese are early into AESA technology as compared to Europeans and Americans, I suspect, resourceful Chinese have packed their radar with huge number of T/R modules to make for other imperfections of their radars.

Rafale contrarily has RBE2 radar on its petite nose which consists of 1100-1150 TRMs but widely reputed to be one of the world’s most sophisticated radars.

Once a weapons grade track is acquired by either radar, rest of the job will be done by beyond visual range passive-to-active radar homing missiles. To J-20’s indigenous PL-15, Rafale wields MBDA’s Meteor. Unlike what some might be tempted to believe, Chinese missile in fact has quite a daunting reputation. There was a lot of speculation not till long that it is fitted with throttleable ramjet, but what J-20 displayed at recent Zuhai Air Show makes it seem rather a dual-pulse motor and AESA equipped missile. Still I am inclined to give equal credits to PL-15 and Meteor.

METEOR factor: What really sets Rafale a class apart is the induction of MBDA BVRAAM METEOR. With operational range >100km ( 60km-no escape zone), it is a radar seeking missile capable of hitting its enemy even before it realizes it has been targeted.

Maneuverability: Its unstable delta wing configuration allows for better controls and gives the aircraft high agility during close encounters with the aid of the canards. A new engine M-88-3D with TVC capability is under development.

I honestly expect Rafale F4 standard with serrated nozzle system, retractable fuel probe, Talios targetting pod and Ereos reconnaissance pod, stealth coatings, and most importantly redesigned empennage with twin canted tailfins to be much better proposition against a fully developed J-20 Chengdu at long ranges. The status Chengdu is currently at, even F3R might give it a stiff competition.

It is a single-seat, multirole stealth fighter for air-to-air, air-to-ground combat roles with supersonic cruise speed and integrated avionics which was test flown for the first time on January 11, 2011. The jet, developed and manufactured by Chengdu Aircraft Industry Group (CAIG), is 20.3-20.5 metres long, has a height of 4.45 metres and its wingspan is 12.88-13.50 metres. The maximum take-off weight is 34,000-37,000 kg. The fighter’s range is about 1,200 kilometres which can be increased up to 2,700 kilometres with external fuel tanks.

The J-20 has a long and wide fuselage and larger surface area is likely to reflect the radar signals at greater intensity. Moreover, its engine nozzles may expose the aircraft to radar. But Chinese have attempted zagged-edge nozzles and tiles on one prototype to allay the fears. Thirdly, the use of canards is cited as a low stealth design but again it is not a given as even Americans have attempted stealthy canard-wing designs. Moreover RCS can be reduced by controlling canard deflection through flight control software. The same is done on Eurofighter Typhoon. How far Chinese have succeeded, then, is a matter of conjecture.

There are two lateral bays with four hardpoints each for air-to-air missiles while the fuselage has a larger bay under it for carrying missiles and other weapons. It also has an internal cannon. It is equipped with an AESA radar along with a chin-mounted infrared/electro-optic search and track sensor. The Chinese also claim that the J-20 has a passive electro-optical detection system which gives the pilot 360° coverage. The fighter, which has a glass cockpit with a bubble-shaped canopy, can access real-time data from Chinese military satellites, Divine Eagle anti-stealth Unmanned Aerial Vehicles and other airborne early warning and control (AEW&C) systems.

While the J-20 is currently powered by the Russian AL-31 engines, However J-20 lacks in high powered engine, Radar & Avoinics.But MKI being a 4th gen plane equipped with best systems of Russian, Indian, French & Israeli origins which make it more powerful to any 4th gen plane deployed under PlAAF.

Chinese facing major problems with engine development, they failed to develop an Jet engine. As J-20 is china’s latest weapon, it would never use against india. Maximum technology used in J-20 are stolen from USA through Cyber Crime. So This plane is developed from stolen technologies of F-22 & F-35. So if china uses it’s J-20 against india, then it’s vulnerability will be exposed. IAF is professional in handling Su-30Mki. All the MKI pilots in Indian Air Force are tough & highly experienced pilots compared to any countries in the world.

Finally a lot will depend between the two fighters on strategy, tactics, training and logistics. The best of fifth gen fighter manned by a rookie pilot will always be at a disadvantage than a 4.5 gen fighter flown by a seasoned pilot. But I genuinely believe India is in the dire need of a fifth gen fighter. Sadly after the demise of PAKFA project with Russia, no measurable progress has been made to acquire American F-35. Ideally this is the fighter India should have gone for.