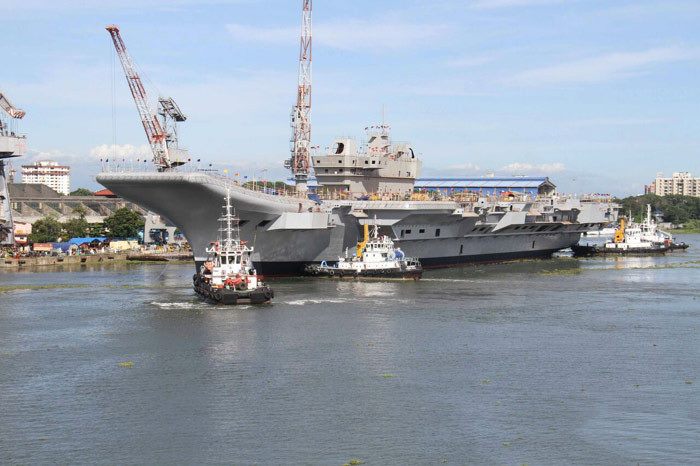 The manufacturing of the country’s first indigenous aircraft carrier Vikrant is currently under phase three which involves setting to work of machinery and other equipment and it is likely to be commissioned by early 2021, sources said on Wednesday.

This carrier is being built at the Cochin Shipyard Limited (CSL) in Kochi.

“Currently, phase three of the construction of Vikrant is under progress, which involves setting to work of machinery and equipment, like power generation and propulsion machinery. The carrier is likely to be commissioned by early 2021,” a source told PTI.

The third phase of construction will go on till acceptance of harbour and sea trials, sources added.

Aviation trials would also take a year or so after that, they said.

Navy Chief Admiral Karambir Singh on December 3 had said that Vikrant will be fully operational by 2022 and it will have a fleet of MiG-29K aircraft.

The first indigenous aircraft carrier Vikrant complemented with MiG-29K aircraft will be showcased as part of the Navy’s tableau during the ceremonial parade on Rajpath on the Republic Day, officials said.