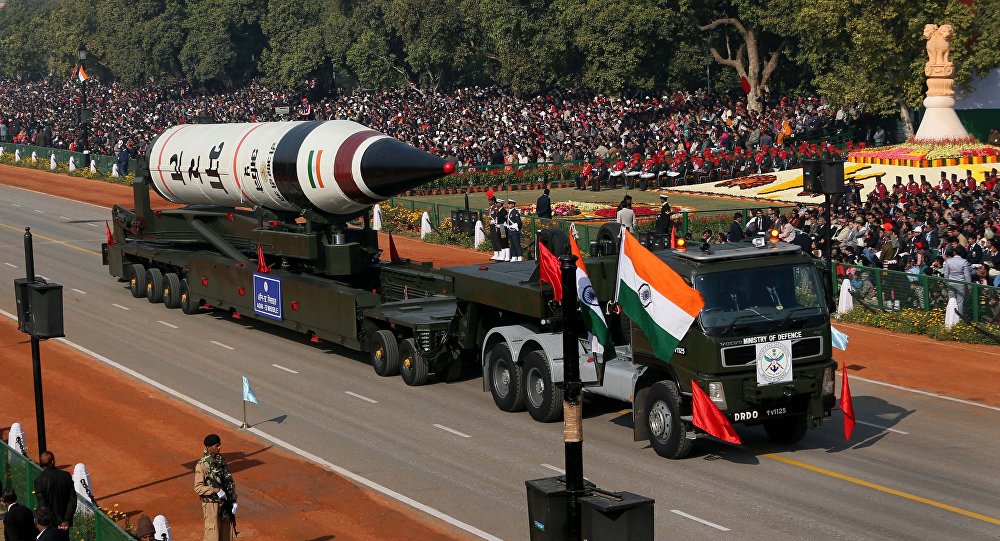 Ever since the Agni 5 intermediate range ballistic missile was first tested on April 19, 2012, analysts worldwide have speculated about when India would test its successor, the Agni-6 — presumptively India’s first intercontinental ballistic missile.

The Agni-5, which was successfully tested on Monday, December 26, to its maximum range of 5,000 kilometres, is not strictly an ICBM. By convention, ICBMs have ranges in excess of 5,500 km.

The Agni-5 is on the cusp between an IRBM and an ICBM.

Speculation about the Agni-6 has only been fanned by denials from top ministry of defence officials, including successive Defence R&D Organisation chiefs, about the existence of any project to develop the ICBM.

“Agni-6? What is the Agni-6? I have not heard of such a programme,” a poker-faced DRDO Chairman Dr S Christopher told Business Standard.

With the continental United States and most of Western Europe and Russia beyond the Agni-5’s strike range, there is little worry in those capitals about New Delhi’s missile programme.

This was evident in June, when India was admitted into the Missile Technology Control Regime.

However, an Indian ICBM programme that would place influential world capitals at risk might be viewed differently.

That is why the MoD’s official position, as described by a senior official to Business Standard is: “There is no Agni-6 missile. Our strategic missiles can already strike targets 300 km to 5,000 km away. These missiles meet all our strategic requirements.”

Despite the official denials, speculation about an Agni-6 ICBM visualises a range of 6,000 km to 7,500 km; a larger payload capability than the Agni-5 to carry multiple independently targetable re-entry vehicles; and even manoeuvrable re-entry vehicles to increase survivability against enemy anti-ballistic missile systems.

They said these could be quickly operationalised when the government so decided.

As for extending the Agni-5’s range by 1,000 km to 2,500 km, a recent visit by Business Standard to the DRDO’s Missile Complex in Hyderabad makes it evident that ongoing technology upgrades and incremental improvements in rocketry are already increasing the range of the Agni-5 missile.

Even without a sanctioned government project for the Agni-6, it seems inevitable that the Agni-5, over the next few years, would organically evolve into an ICBM with improved technologies and capabilities.

Chinese officials have always regarded the Agni-5 as an ICBM, with some even stating it is capable of striking targets 8,000 km away.

A major factor towards greater range would be the weight reduction in the 50 ton Agni-5, as older, heavier sub-systems are replaced by lighter, more reliable ones, including many made with lightweight composite materials.

A major development in this regard is the replacement of hydraulic actuators in the Agni-5’s giant first stage with the state-of-the-art, electro-mechanical actuators that already equip Stage-2 and Stage-3.

Moving from hydraulic to electro-mechanical actuators not only saves weight due to lightweight components, but also eliminates problems like oil storage and leakage, and the need for an accumulator.

In addition, electro-mechanical actuators are more reliable and easy to maintain.

Currently, the Agni-5 has a metallic first stage, made of ‘maraging steel’, while the second and third stages are entirely built from lightweight composites, which were first tested in the Agni-4 on November 15, 2011.

Stage-1 components like high-temperature rocket motor nozzles are already being made of composites.

Gradually, the Agni-5 could become an all-composite missile that is significantly lighter than at present.

“No major development is needed to upgrade an Agni-5 into an ICBM. All that is needed is to improve materials to make the missile lighter, with better propulsion,” says one scientist.

That would make the Agni-5, with an estimated current cost of Rs 100 crore (Rs 1 billion) per piece, the world’s most cost-effective ICBM.

It could cost just one-third the price of an American ICBM, as estimated by the respected Federation of American Scientists.

The total cost of the Agni-5 programme remains secret.

The political council of the Cabinet clears such classified projects, not the Cabinet Committee on Security that keeps records more transparently.

All sanctions relating to the Agni-5 project are done through the fast track route.