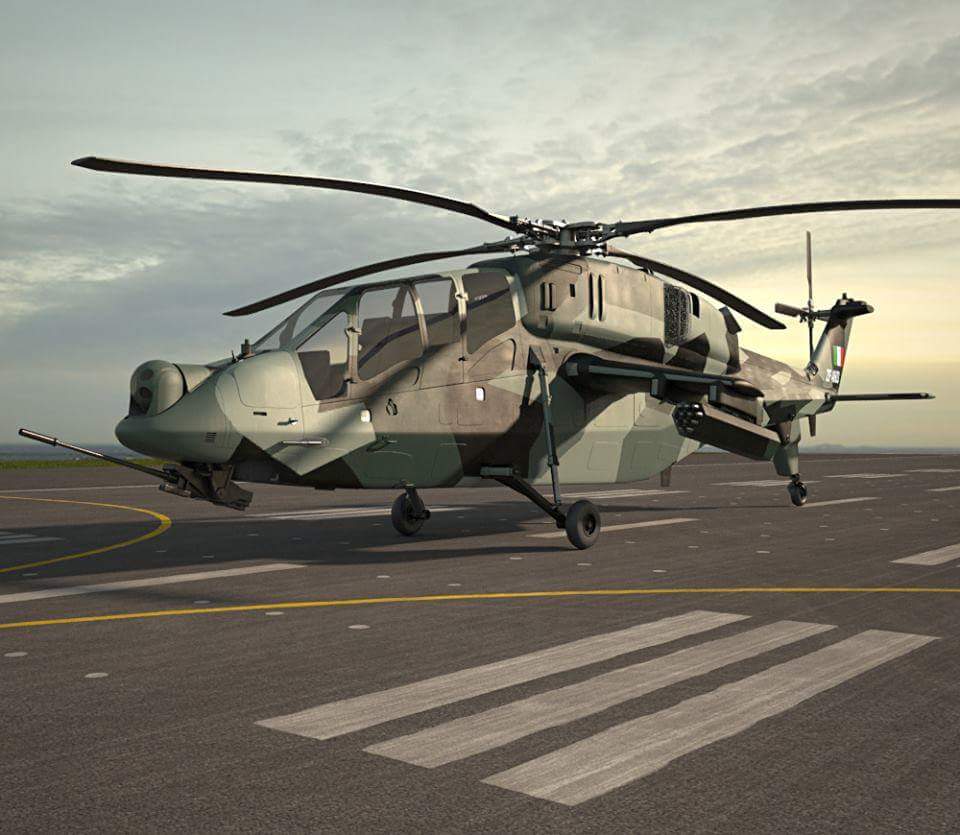 During the 1999 Kargil War, Indian Air Force High-Altitude Operations were hampered as the only combat helicopter, the Mi-35, couldn’t operate at extremely high altitudes. Due to the fact that Mi-25/35 or even armed Mi-17 could not be utilized to its full potential, India regarded the need for a proper designated High-Altitude Warfare Capable Attack Helicopter which can climb to humongous heights and still carry the mettle and firepower to give the punch of an attack helicopter. In this post, I will discuss some facts about India’s first indigenous Attack Helicopter: HAL Light Combat Helicopter.

A. The aircraft was originally conceived as Light Attack Helicopter in 1989 based upon early IAF requirements. The early model has a far aft tail wheel and a stepped canopy. After a design revision in 2002, HAL moved to a fixed cannon design and a nosewheel configuration. In August 2013, IAF issued a new Air Staff requirement, and it was designated LCH and the design was approved by Defence Acquisition Council in 2006 and a mockup was displayed at Aero India 2007 with final design frozen in March 2008.LCH is derived from the existing Dhruv Helicopter. The flight controls and hydraulics of Dhruv have been redesigned for the LCH. It will be again a wonder that the LCH was designed from Dhruv, a utility helicopter and HAL’s most successful plan which is used in other nations too, knowing the fact that both are totally different in their design as well as their role. But it is the very reality. Initially, HAL had done some major changes on Dhruv to develop LAH (light attack helicopter) in Jun 2001. Later this Light Attack Helicopter’s (LAH) model was discarded and was restyled to Light Combat Helicopter (LCH) signifying light combat roles. Original slimmed-down ‘gunship’ fuselage was discarded and basic Dhruv airframe was curtained except the forward fuselage which was modified to tandem crew seating.

B. It supports some stealth features like Canted flat panels for low Radar Cross Section. Composites Manufacturing Division of HAL has carried out Monolithic & sandwich construction structural parts for LCH. Composites have been used in Rotor systems (Main Rotor Blades, Tail Rotor Blades, Hub Plates and Torque plates etc.). The excessive use of composite materials makes the airframe both light and sturdy the basic philosophy LCH wanted to achieve as a light attack helicopter. Its design is Stealthier than Apache and Mi-28 and is superior to another modern attack chopper like Chinese ZW 19.

C. It sports some advanced features like Anti Resonance Isolation System ( ARIS ) which helps in Vibration Damping. This feature is already present in ALH Dhruv comprising of four isolator elements between the fuselage and the main gearbox. The dynamic systems of the Dhruv have been adapted to it, making it both formidable and dependable. It is equipped with four-axis auto-stabilization system and anti-resonance isolation system (ARIS) for a comfortable and easy flight.

is designed for the day, night and brownout flight environments. JedEyes TM has a 70 x 40-degree FOV and 2250×1200 pixels resolution. JedEyes addresses the special needs of helicopter pilots and offers dramatic improvements over existing HMDs, not only through its ultra-wide Field of View (FOV), but also by providing razor-sharp, high-resolution imagery and allowing pilots to take in wider than ever areas of ground and sky, with everything in sharp focus. Exciting features and unique technologies combine to provide dual vision 3D imagery on the See-Through Visor as well as processing and manipulation of a variety of visual cues and video sources such as UAVs, digital maps and on and off-board sensors.

F. HAL LCH though light in its configuration is pretty well armoured to protect itself against 12.7 mm and 7.62 mm rounds. ​Lightweight Ceramic Faced Composite Armour Panels for Advanced Light Helicopter and Mi-17-IV helicopter have successfully undergone integration and flight-trials. This provides protection to aircrews and critical parts of helicopter against hits of bullets of 12.7 mm AP.

G. HAL LCH carries many aerodynamic changes to reduce drag and flight performances which were highlighted during the prototypes stage. The LCH can fly to extreme angles of 70 degree-80 degree nose down, demonstrating high manoeuvrability. Dr.Prasad Sampath general manager of RWDC, claimed the LCH, “probably the most agile design in the world because of its rotor”. Its main rotor with swept blade tips gives it good manoeuvrability. At higher altitudes which is LCH-dominated LCH will turn out to be more agile and have higher performance than legacy attack helicopters in general because it is custom-designed to fight at higher altitudes.