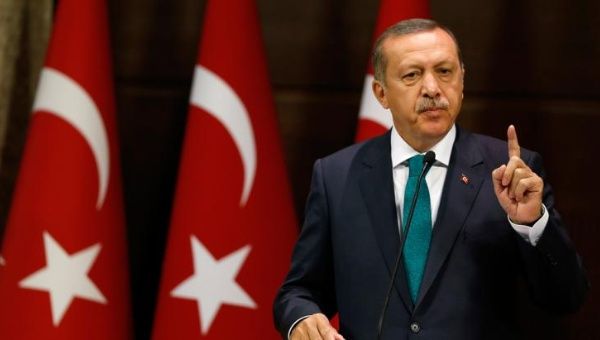 There are different facets to India handling its relations with Pakistan. One of the targets that India has been pursuing relentlessly is the isolation of Pakistan at the international level, and that includes taking steps to counter those countries that stand against India while siding with Pakistan. This has been evident in India’s relations with Turkey and the way India has been responding to Ankara’s pro-Pakistan and anti-India stand. It is necessary to analyze how Turkey has been taking an offensive stance against India at different forums and how India has been responding.

Turkey has been supporting Pakistan in general against India and in particular over the Kashmir issue. India abrogated Article 370 of its constitution, which gave Jammu and Kashmir special status not enjoyed by other Indian states, in August 2019. Since the abrogation of this article, Turkey has been raising the Kashmir issue at different forums.

Turkey first raised the issue of Kashmir at the United Nations General Assembly (UNGA) in September 2019. When Turkish President Recep Tayyip Erdogan visited Pakistan in February 2020, he again spoke about Kashmir. Turkey is also one of the few countries (along with Malaysia and China) that supports Pakistan at the Financial Action Task Force (FATF), allowing Pakistan to escape being placed on FATF blacklist for terror funding.

India has given a series of well-calibrated responses to Turkey’s provocative narratives against India. When Erdogan raised the Kashmir issue at the UNGA, Prime Minister Narendra Modi responded by holding meetings with the president of Cyprus and prime ministers of Armenia and Greece on the sidelines of the UNGA. All of these states have various disputes with Turkey. Later, in October 2019, Modi cancelled his visit to Turkey. In the view of growing defense ties between Turkey and Pakistan, India cut its defense exports to Turkey and also reduced imports from Turkey. Recently when Erdogan again raised the issue of Kashmir during his visit to Pakistan, India responded by issuing a strong demarche to Turkey’s envoy to India, stating that Turkey should not interfere in India’s internal matters.

Meanwhile, India pushed forward its relations with Armenia. Recently India secured a $40 million defense deal with Armenia. As per the deal, India will be supplying Armenia with four weapon locating radars.

Another important step has been India’s handling of its relations with Malaysia. Both Malaysia and Turkey have been supporting Pakistan against India. Malaysia under Mahathir Mohamad has been critical of India over the Kashmir issue; in turn India stopped palm oil imports from Malaysia. But now with the regime change in Malaysia, there are indications that India is looking to reset its ties with Kuala Lumpur. If that happens, it will be another step toward isolating Turkey.

While most of the focus is on India-Pakistan relations, New Delhi’s responses to Turkey’s offensive, many times in a quiet and indirect manner, have been an important component of Indian diplomacy.

The implications cannot be viewed only from the limited prism of India-Turkey relations or India-Pakistan relations. India’s Muslim population has been used as a tool by Muslim countries to put pressure on India. The present government has been countering this narrative by pointedly separating domestic politics from India’s foreign relations.

India looks at its foreign relations from the point of view of nation-states rather than religious communities. India has implemented this stance by forging close ties with Saudi Arabia and the UAE even while maintaining its distance from Turkey. While doing so, India’s actions serve to highlight that Muslim countries should also put national interests first.