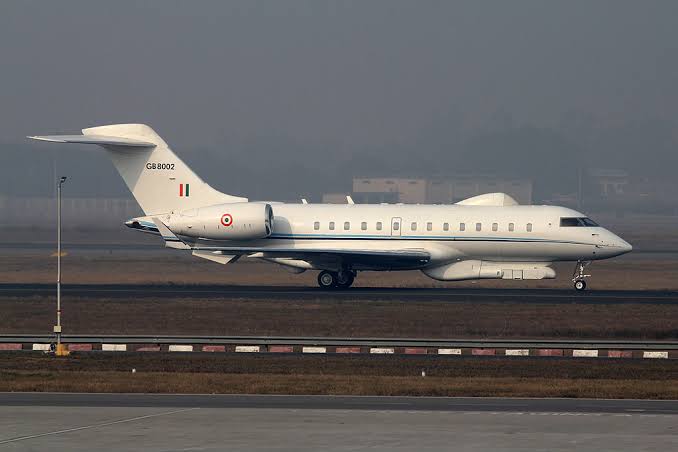 The chief of Indian foreign intelligence agency, Research & Analysis Wing (R&AW), Samant Kumar Goel visited Nepal on Wednesday for a two-day unofficial trip, along with 9 more members of the organization.

It is an unofficial as well as “surprise” visit because no notifications or announcements were made earlier. The news was revealed only after his aircraft landed in Kathmandu, the capital city of Nepal. The intel chief also met with Nepali Prime Minister KP Sharma Oli.

However, what interests us more is, that he reportedly arrived on board a special Bombardier Global 5000 aircraft.

This image was tweeted by an Indian twitter handle @TheWolfpackIN, and TFV cannot verify the image.

The Global 5000s incorporate various multi-mission airborne reconnaissance and surveillance systems, including electro-optical and synthetic aperture radars. Their multi-mission airborne reconnaissance and surveillance systems will be used on missions along India’s borders with China and Pakistan. It is reported that their new equipment will be able to collect electronic and ground intelligence up to 110 miles (180km) inside neighbouring countries’ borders.

They were used for SIGINT and ELINT missions and are fitted with EL/I-3001 Airborne Integrated Signal Intelligence System (AISIS) along with a Synthetic Aperture Radar Antenna for ground scanning based on IAI EL/M-2060 pod ( upto a radius of 400 kilometres ) while EL/M-2055 pod is used for Target Identification on Ground.

What’s even more interesting is, the visit comes during China’s illegal occupation of several Nepali villages, due to which the Oli government is facing severe backlash in its country. If true, the aircraft’s presence in Kathmandu could enable the Indian intelligence agencies to have an eye on PLA activities, considering the aircraft’s surveillance range and roughly 200 kilometer- total geographical distance between Nepal’s northern and souther boundaries. However, it could be severely impacted due to the geographical limitations considering the Himalayas, but still is a speculation which would probably not be declassified for a few years.

India purportedly operated the aircraft during various standoffs like 2019 two-day skirmish and Ladakh standoff with China. It is considered as one of the most potent asset available in India, along with the P-8I Neptune of the Indian Navy.