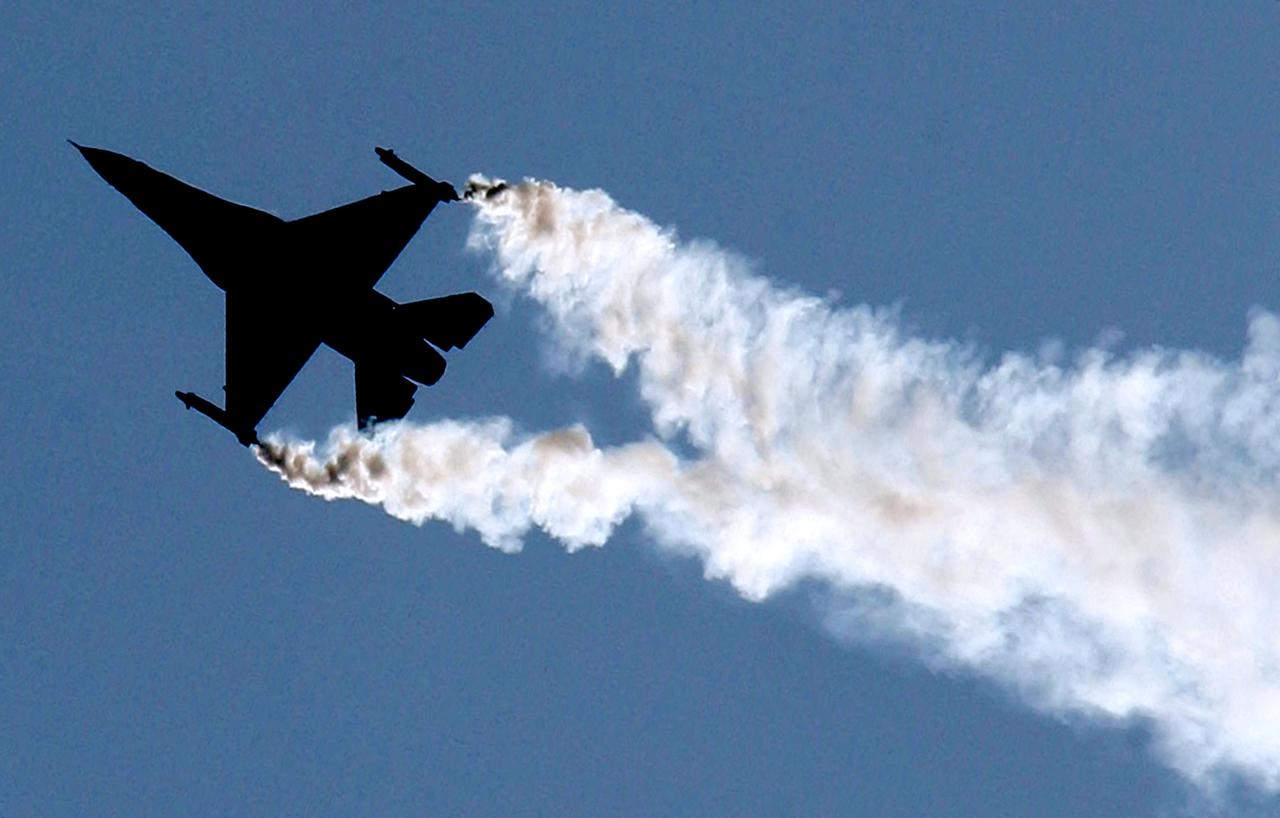 The basis of building the Indian Air Force (IAF) till about the mid eighties was mainly with the focus on our western adversary, since other nations sharing a border with India were neither hostile nor held significant martial clout in the region, all but China. For some strange reason, for a very long time, we decided not to talk about the ‘Red threat’ and ‘war gaming’ in India which was limited to to Pakistan. Despite having fought a war and numerous border skirmishes, it is only during recent times did the military strategy of India start a new chapter, protagonising our northern neighbour.

It’s not that China was not a threat earlier, it is just that we, perhaps, did not have an answer and hence found solace the proverbial ostrich way – “look away and the predator wont notice you”.

‘Look East’ Is IAF’s Flavour of the Season

The IAFs’ philosophy towards China was largely guided by the government’s eagerness or rather the lack of it, to allow it to spread its wings, a fact corroborated by the information that, till very recently, there were no SAM units or credible radar units east of the 82 degree longitude. The entire eastern command of the IAF, in the bygone era, based its war plans on the mobility of Air Defence assets, which were to reach it from the western sector during hostilities. The efficacy of this plan was never put to test in totality, and remained only on paper.

Cut to the present day, and it is a different story. ‘Look east’ is the IAF’s flavour of the season.

War games nowadays start with the Red opponent and then perhaps go on to the dual-front scenario, a very logical and reassuring practice.
fbtw

On land, the MiG-21 FLs (the oldest of the lot) in a training role, have given way to the Sukhoi Su-30MKIs, the airfields have started to get their wish list of infrastructure, the command, now has some credible SAMs – and the army probably can now look up to the cover provided by the Apaches. It would be unjustified not to mention that half of the Rafales would find their home here in the near future.

The war philosophy of the IAF is to decentralise: Individual commands fight the war in their Area of Responsibility, guided by the directions of Air Headquarters. Certain strategic target systems identified and in need of higher clearances, prior to attack, are governed by the decision of the central body at Delhi. Other than these, the Air Officer Commanding in Chief of the respective commands is the sole responsible figure for the conduct of the war there. Adjacent commands have their own tie-ups for edge areas, giving the whole game a seamless fabric.

Some strategic assets are controlled by Air HQ and allotted to Commands on the basis of need and requests.

This structure of warfare is robust, time tested and fits into the Indian scheme perfectly.

The picture across the border needs a little deliberation at this point. Thanks to geography, we have a natural barrier protecting us from the dragon’s breath. This statement sounds like a “medieval excuse taken from a kindergarten history book” but as far as air warfare is concerned, it holds good even today. The topography of the land is perhaps what has prevented China from following up on one or a few of its frequent border skirmishes with air support. The People’s Liberation Army Air Force (PLAAF) is an enviable force by world standards; it is no longer the airforce which projected itself as a substantial mass of second hand technology yet to reach the industry standards.

Over the years, the PLAAF, covertly and overtly, has gone on to adopt technology which has produced world standard weapon systems.

The former is of stealth design and is highly inspired by the Lockheed Martin F-22 Raptor, and hence, the perception that this would be mostly used to attack IAF installations rather than shoot down the IAF raiders.

This, however, may not always be true, for a stealth aircraft meant for invisible raids on the enemy’s assets, the J-20 has canards – a type of tail plane but fitted in the front – used to increase manoeuvrability of the aircraft, leading one to suspect that a interceptor role is also in the lines even at the cost of foregoing some stealth. Add to this the Russian Su-35, twenty of which were bought off the shelf, suspected to be a feeder line for engine, reverse engineering technology.

Is Chinese Base ‘Safe’ From IAF Fighters?

Any technology needs to be backed by a lot of other factors for its success – timing and location are a couple of important ones. Most of the major airfields that China’s PLAAF has, that can be used against India – six in all – Konga Zong, Hoping, Gar Gunsa, Linzhi, Kashgar and Hotan, are beyond the elevation of 3000 metres, hence cutting down load-carrying capacity of operating aircraft to almost half.

However, this aspect does not really matter in the air defence of the base. What matters is, in this hilly region, for an air defence system to be effective, detection and identification must be done well in time.

Thus, the Dragon’s lair may not be safe from Indian Air Force fighters, if planned and timed correctly. Another natural advantage these bases have is the distance from Indian airfields – most are beyond the reach of legacy aircraft and require air-to-air refuelling capability (AAR), a fact which even the PLAAF too has to reconcile with, while attacking India.

Why IAF May Have An ‘Advantage’ Over China

The Chinese airforce, in all probability, very much like the IAF, was never built around India as a main threat.

Most of its famed bases are located far too inland to serve any practical purpose for an attack on India, let alone defending its border bases. To add to the problem, the few bases that the PLAAF has, which concerns India, are not mutually supportive – if one is attacked, the other does not come in its defence – something the IAF bases enjoy. The distance between Hotan and its nearest support, Kashgar, is approx 400-500 km, well beyond the supporting distance with present-day technology.

Analysing the SWOT (strength, weakness, opportunity, threat) it would be safe to say that most of the IAF action during hostilities would be air defence and action in support of the army – Counter Surface Force Operations (CSFO). There would, of course, be airfield raids by the IAF, but not to the extent of what we perceive from the three major wars with Pakistan.

Defending our own airbases would also take some effort. The Surface-to-Surface Ballistic Missile (SSBM) force of China, as long as it is with the conventional warhead, is a major cause of worry for the IAF, but not an apocalyptic scenario. Tip the rocket with a nuke and the entire story changes and becomes unpredictable – hopefully this scenario will be avoided by both sides.

With the ongoing acquisition process of the IAF, both in terms of defensive as well as offensive platforms, the picture looks good.

The PLAAF may require a large portion of the IAF’s assets to contain it, but that would mainly be because of the huge perimeter both countries share.

The need of the hour for the IAF would definitely be to upgrade and build up potential, not only against the Red Dragon but also catering for misgivings by the western neighbour when engaged with China.

The challenge is to deal with both simultaneously.