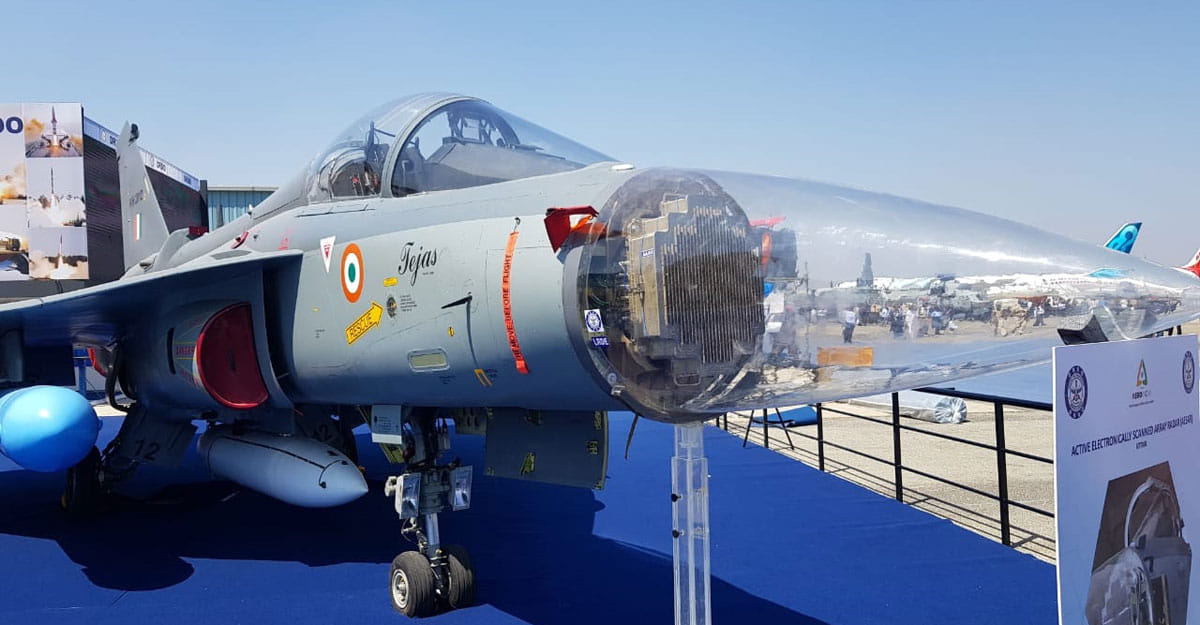 The home-grown Uttam Active Electronically Scanned Array (AESA) radar developed by Electronics & Radar Development Establishment (LRDE) seems to be making the right moves to get the attention of the Indian Air Force (IAF).

With the addition of AESA radar being one of the key features of Tejas MK1A, LRDE hopes that Uttam can even meet the schedules of the upgraded programme.

Uttam is in competition with the Israeli Elta radar and the official word is not yet out on the question of how many Tejas MK1As (total 83) will be fitted with the desi technology.

LRDE scientists are pinning their hopes on the Aatmanirbhar Bharat mandate.

The Uttam is an advanced active phased array radar (APAR) system being developed by Electronics and Radar Development Establishment (LRDE) for the HAL Tejas and other combat aircraft of Indian Air Force. Development of Uttam started in 2008 and it was first unveiled at Aero India 2009. Uttam is slated to be a successor to hybrid passive electronically scanned array radar EL/M-2032 currently equipping LCA Tejas. Radar is currently being integrated with an LCA.

Uttam features an active phased array (APAR) which gives it superior scanning performance over legacy passive phased array radar. Unlike most contemporary radars, Uttam features Quad TRM i.e. a single plank consists of 4 TRMs. It allows the array to be more densely packed. Each TRM is equipped with low noise power amplifier, built-in test facility, digital phase-gain, and side lobe control elements. The inert model displayed at Aero India 2015 had ~184 QTRMs i.e. 736 TRMs. The array temperature is controlled by a liquid coolant circulation system. The QTRM configuration makes Uttam maintenance friendly. The radar can be scaled up or down depending on antenna size requirement.