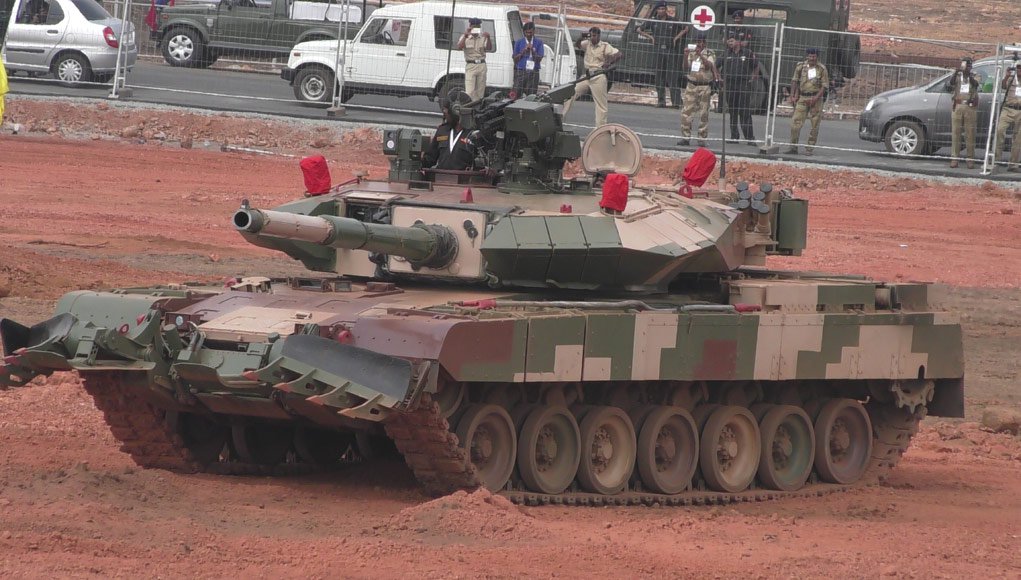 After going through delays and several rounds of improvements, can India’s indigenous main battle tank, Arjun, prove its might amid the ongoing border row with China in eastern Ladakh?

Indigenous tank program was started in mid 1970s. Initially Arjun was supposed to be a 40 tons tank with 105mm gun. But later in 1970s, it is being found that leading tank producers are moving away from 105mm gun to 120mm gun. Russia was introduced T-72 tank. France was working on Leclerc tank. America was introduced M1A1 Abrams. All these were using 120mm or 125mm gun. It is found when Arjun would be inducted in mid 1990s than 105mm gun will be absolute. So DRDO and Army were started redesign Arjun around 120mm gun. In this time another challenge was appear. Pakistan started evaluating M1A1 Abrams tank. It was certain that Pakistan would buy hundreds of such tank with USA military aids to fight against Russia in north. At that time USSR was entered into Afghanistan. So DRDO and Indian Army decided to build a heavy tank that can face M1 Abrams. So heavy weight Arjun tank was designed. But it’s target Pakistani M1A1 Abrahams never purchased by Pakistan. Rather Pakistan was looking for medium weight tank. So Arjun tank lost it’s necesity. As we never designed any tank, we were facing many technical and financial difficulties. At last in early 2000s Arjun MK1 was ready to induction but a lot issues were there. Major issue was it’s overweight.

Changed requirements : As Arjun was mainly designed to face heavy weight M1A1 Abrahams tank, which Pakistan was supposed to procure from USA in 1980s, but Pakistan never brought M1A1 Abrahams. As result necessity of Arjun tank is no more exist. This force Army to rethink its strategy to utilize Arjun tank. Because heavy tanks operational and maintenance cost is too high compare to medium tank. Pakistan army start buying medium weight T-80 tanks from Ukraine. Arjun tank is expensive and overkill to T-80. In this new scenario, a medium weight tank will be best suit for Army’s requirements.

From late 1970s, Indian Army had started use T-72 medium tank. Army realised that despite being lighter medium tanks are enough equipped to faced heavy tanks. Russia never tried to use any heavy tank. This also dimmed necesity of Arjun tank.

Limitations of Arjun tank: Due to heavy weight, Arjun has serious operational limitations in many terrains. Arjun was performed well in plain terrain. But hilly areas and muddy surface during rain, it’s not perform that well. So Arjun can be used in desert of Rajasthan and plain of Panjab. We will not find any country from tropical regions which use heavy tanks. In some forums, I have read. Due to this reason also Pakistan not opt for M1A1 Abrahams. Every army in general wants to operate such tank that can be used in every location of their territory. Nor Arjun cannot perform well in tough terrain neither it is designed to perform in all terrain. It was designed to face M1A1 Abrahams in Rajasthan.

Development delay: Arjun tank is being delayed by 15 years. It was expted that by early 1990s, it will be ready for induction. Though Arjun MK1 was ready by early 2000s but major requirement shortfall was there. Most of those shortfall was rectified in next model Arjun MK1A but new problems were appear due to over weight. Makes its more difficult to use in tough terrain. If Arjun was ready by mid 1990s as it was planned than at least few hundreds Arjun tanks can easily find its way to Army’s service. Because T-90 was not inducted at that time. When T-90 was inducted, it overtook Arjun’s place first and makes Arjun tank irrelevant. Indian Army needs a better tank to face Pakistani T-80. Arjun was uncertain, so Army allocated that place to T-90. That’s why people use to say, Time does not wait for anyone. Lost time means lost opportunity.

Procurement, operational and maintenance Cost: As heavy tank and a lots of imported components, Arjun tank is as expensive like other heavy tank. It even more expensive compare to its class and capable tanks. It’s operation and maintenance cost also much higher. Medium tank, like T-72 and T-90 are much more cost effective to procure, operate and maintain. Country like India, where defence budget is tight medium tank T-90 is more suitable. It is stated Arjun MK1A has cost of $8 millions a piece where each T-90 cost around $4.5 millions. T-90 is high performance and upgraded version of T-72. So a lot commonalities are there between these two tanks. It says there is 60% commonality between these two tanks. As result the infrastructure and logistics of T-72, which was build around 1980s can be easily use by T-90. It had saved huge money. Therefore cost is another disadvantage of Arjun.

Not only Arjun tanks procurement, operational and maintenance cost are much higher but huge extra cost would need to build new infrastructure and logistic systems for heavy tank.

Within tight defence budget, T-90 is much more cost effective than Arjun.

Is Arjun a better tank than T-90? Because during comparative trials in 2010 at Rajasthan desert Arjun performed better than T-90.

I still believe T-90 is better tank than Arjun despite Arjun had performed better than T-90 in trail in 2010.

Arjun can be used only in Rajasthan desert. In pain areas, it would face issues during rain. It cannot be use in Chinese border. It’s heavy weight is its main disadvantage to be operate in hilly areas. So just buy a specific tank for specific border is not wise decision.
Cost is a major advantage of T-90. It’s cost is almost 40% lower than Arjun. If we add costs of development, infrastructure and logistics than T-90 ‘s cost will be much more lower. Army has very tight budget. Due to its budget issues, it is not able to buy new assault rifles for dacades. It’s not able to replace its outdated Surface to Air missile systems. Not able to replace its 2nd generation anti tank missiles. And many more. Induction of such huge amount of Arjun tank would drain a lot money for such limited use.

Arjun tank has performed better agaist T-90 in Rajasthan desert in only one trail. But only one tail cannot determine its superiority. If multiple trail happens in various weather and terrain and than Arjun perform well than we can be certain about it’s superiority. If this trail happens in Northern terrain along with Chinese border than T-90 might be performed better than Arjun due to its lighter weight.

T-90 is much much better tank to be deploy in all terrains and all weather. In current stand off with China, T-90 is best hope for us in tanks. Actually for these we cannot blame Arjun tank. When it was designed in 1970s, the main purpose was to use it in Rajasthan agaist M1A1 Abrahams. It was fundamental fault. Rather than design a general purpose, all terrains and all weather tank, we had designed a specialised tank for one purpose to counter Abrahams. It shows our lack of foresight. In early 2000s, DRDO had designed another tank of medium class Tank-EX. Which was based on Arjun turret and T-72 chassis. If we had designed similar Arjun tank in 1980s than we would never needs for T-90.

T-90 tank can be deploy much faster within few hours. Because due to its medium weight (46 tons), IAF’s IL-76 MD ( payload of 60 tons) heavy transport aircraft can carry it to forward post. It will take weeks to send Arjun to border by road or rail. Only option to keep them near forward posts. But it’s increase risk of destruction of Arjun tanks in preemptive strike.

Arjun tanks suffer a lot quality issues. During trials from 2007-2008, there is multiple failure happens in power systems, suspension and consistency of fire power. Reliability is too much big issue for Arjun. T-90 also has some failures but still it was much more less and normal range.

Conclusion: Both Indian Army and DRDO are responsible for Arjun’s bad faith. Army did not able to evaluate its future requirements in 1970s. When they knows a medium tank is best suited for them than do not know why they opt for heavy tank. Most probably as they were inducting medium tank T-72, they did not bother for another medium tank. But still a indigenous medium tank would be always a best option.

DRDO is also always late commer. In early 2000s, DRDO comes up with a medium tank Tank-EX of 47 tons.

But it was too late as Army opt for T-90 tank. This tank should comes early 1990s. This new design beside Arjun could give Army rethink about possible indigenous solutions. Army was not interested in Tank-EX because it would take another decade to make it ready.