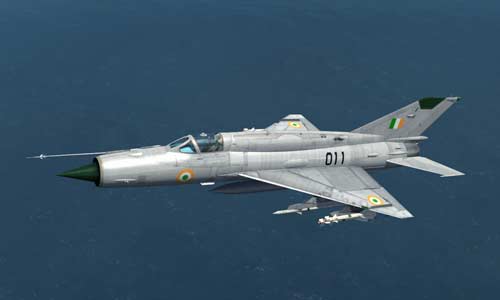 Let me share an incident which happened with one of my friend. He is in NCC , and his Group Commander and camp commandant belonged to Baharmpur Group, Odisha and flies Mig-21. My friend went up to him and asked , “Sir, MiG-21s are regarded as flying coffins, are they safe ?”.

He asked him,” How many people have died in bed”? To which my friend replied many. He said, “Should we stop sleeping in bed?”. He said the aircrafts are checked by professionals and he does not worry.

“Flying Coffin” is just another rant in Indian media downgrading Indian Defense Assets. Same has happened with INSAS rifles and Arjun tanks since years where typical biasing is shown towards them so that they can be downgraded to the best.

You will be surprised to know that Air commodore Surendra Singh Tyagi who has flown some 6,316 sorties on his Mig-21 and has logged in some 8,000 total flight hours has dispelled these myths of Mig-21 being “Flying Coffins” or “Widow makers”. The high crash rate of Mig-21 is attributed to the typically high sortie rate and the conditions in which it operates.

“The MiG-21 is a very demanding aircraft,” says the 70-year-old who retired from the air force in 1996. “The Russians did not design it keeping the comfort of the pilot in view. This is a machine that can help a pilot exalt his capabilities to the end of the skies. However, even a transitory lapse can be disastrous particularly during hard maneuvering.”

To fly an aircraft like this in an unfriendly aviation environment like that of India, which has mist, moisture and birds, requires a lot of effort. Also, a pilot has to be always alert not to be caught off-guard while descending since the speed while approaching land is higher in MiG-21s than other aircrafts. “There is not much visibility on offer and you have a plethora of problems to cope with, particularly bird hits that cause flame out. The maximum number of MiG-21s may have been lost due to these factors than pilot error,” points out Tyagi.

So why have so many pilots died if the MiG-21 is as safe as Tyagi claims? “In the developed world, countries don’t care if they have to lose an aircraft,” he reasons. “If the aircraft develops a technical snag, the pilot simply ejects. However, an Indian pilot would try to save the aircraft till the last moment. In the process, he loses vital time and that often becomes a question of life and death for him,” he says.

To give you a more clear view , IAF logged in some 1,836,875 flying hours in which some 194 accidents occured with 154 accidents coming from those aircrafts which were beyond economical repair.

Earlier Mig-21 were the mainstay of Indian Air Force and hence faced more crashes than any other fighter type in Indian Air Force. Mig-21 were also used for training regime where chances of human error increase manifold. Add to it the role in which Mig-21 are used. Mig-21 were earlier used for air superiority roles but later switched to CAS and Interceptor roles where flying is more dangerous due to low aspect ratio of 2.2 , “Alpha” sensitivity of Mig-21 due to low aspect ratio , high induced drag and the ever increasing weight of Mig-21 due to various upgrades it went through. Indian climate is also responsible for this case as in hot weather of India , the engine produces 12% less thrust and the wings produce 12% less lift.

Many of the pilots died while trying to eject as they didn’t get sufficient time to eject because the enclosed figure on the CK ejection seats on Mig-21 delayed ejection and while flying at high speeds of almost 300–400 kmph , low level ejections were deadly.

India had lost half of its Mig-21 fleet and thus has earned the most obvious title of “Flying Coffin” but what most people don’t see is the reason behind this and what are the obvious conditions it was operated in. If we look through them we can obviously dispel the “Flying Coffin” myth.