NAMO Government: – THE SAVIOUR OF OUR SAVIOUR’S 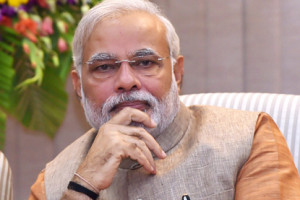 Whenever we talk or hear of our armed forces our heads go up with pride and we believe that no one can dare to touch our frontiers when the men in olive greens are there on the fronts.

Apart of all the respect and pride the strength of Indian defense forces had degraded substantially during the last ten years of the UPA regime.

Army had shortage of tanks, shells, Armored Personnel Carriers (APC), Long range artillery; there are questions on the quality of the assault rifles (INSAS) used in our armed forces.

Not only the Army but the other two services were also the victimized by the slow decisions making pace of the Manmohan Singh government.

The Navy was down in its submarine fleet, deal for minesweeping and countermeasure vessels was hanging in the ministry of defense for years. The most disturbing thing was that even after knowing the importance and urgency of these equipment additional funds were not allocated nor the pace of making decision was increased. The negligence of the government and that of the MOD caused the fatal accident in Indian Submarine INS Sindhurakshak which claimed the lives of 15 sailors and 3 officers.

In an interview of Arnab Goswami editor of times now he explained that this accident happened as the battery of the submarine was old and a request was sent to the ministry of defense for the acquisition of new EXIDE batteries the request took 3 years as its processing time and till then the crew was instructed to get a second hand battery from another submarine and use it in INS Sindhurakshak as the battery collapsed there was a fire In the ship and our Naval officers and sailors “Whom we are proud off” were burnt alive.

Now a very basic question arises here that EXIDE is a Kolkata based company, it is not a foreign company and it took the defense minister to think on the issue for three years??

Condition of the air force was also not appreciable. The IAF was down to 38 squadrons even after having a sanctioned strength of 42 squadrons comprising of 18 aircrafts each. The negligence in the price negotiation for Apache and Chinook helicopters made the deal delayed by years.

This was the condition of Indian defense forces during the UPA regime.

Then the NAMO government came as savior of our defense forces.

As soon as Narendra Modi took into power he took matters of defense as top priority issues. Only in a months’ time additional fund was allocated for various project from construction of submarine to rafale deal

1) One Rank One Pension 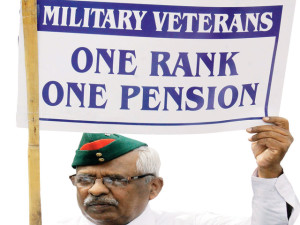 Prime Minister Narendra Modi approved long-awaited One Rank One Pension (OROP) for ex-servicemen. It is one of the key poll promises he made before the LS polls last year. 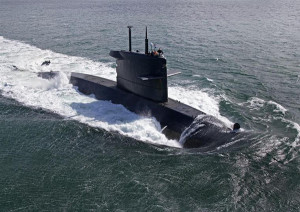 Modi government, in one of its first push for the indigenization, has cleared the long delayed underwater procurement of Indian Navy. Though there was a proposal to acquire stealth submarines since 2007, the previous UPA government had appointed committee after committee, and has failed to issue a Request for Proposal (RFP). Soon after the launch of the Make in India campaign, the Modi government has pressed into action and cleared the construction of six new Stealth Submarines with Air Independent Propulsion, with foreign collaboration at an Indian Shipyard.

A team of defence ministry officials has already started visiting shipyards to assess their capability in handling the project. 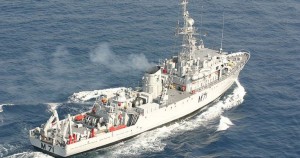 Another important decision in terms of the Make in India push has been the much-delayed Minesweeper deal with South Korea. After years of negotiations, the UPA government had signed a deal with South Korea for purchase of two Minesweepers for Rs. 2700 crores and another six to be manufactured in India after Transfer of Technology. However, the deal fell through after there were allegations of middlemen involved.

In November last year, the Modi government pressed in action and asked the Goa Shipyard to absorb the technology from the South Korean company, and build seven Minesweepers under the Make in India initiative. 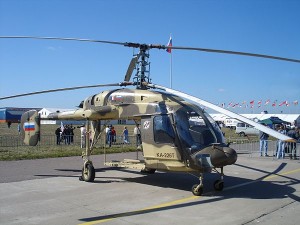 Another important gap that is plaguing the operations of Indian armed forces is the rotary wing. India has a huge requirement for helicopters as it is still using age-old Cheetah and Chetak helicopters. Trying to plug this gap, the Modi government had a deal cut out with Russia, where it has agreed to manufacture 400 of its most advanced Ka-226 Utility Helicopters a year, and thereafter look out for export to other friendly nations.

The deal could also include the local production of Mi-17 Medium lift and Assault Helicopters which were widely used in the Uttarakhand flood relief. Recently government has signed deal with Russia for manufacturing of Light utility helicopters Ka-226 under ‘Make in India’ initiative
5) Artillery Guns 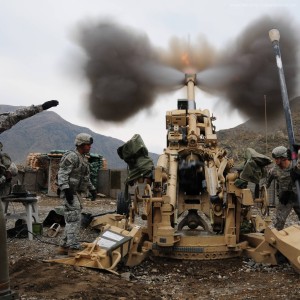 India hasn’t bought an artillery gun since 1987 after the Bofors scandal. The artillery wing of Indian Army has been at its weakest after this, even though Bofors proved to be a wonderful gun in the Kargil war. Delivering the promise of fast tracking the procurement process, the DAC headed by the MoD, Manohar Parrikar cleared crucial procurement’s of M777 howitzer from the US, these artillery guns are extremely light weight and can be easily transported with the help of even a medium helicopter. The M777 deal is valued at around $700 million, the army will be procuring nearly 145 units. BAE has come forward to supply the howitzers by locally producing them in India with an private player. 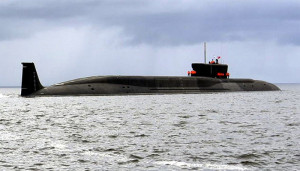 Giving a critical boost to the Navy’s underwater leg in Nuclear warfare, Narendra Modi’s government has cleared the proposal to build five nuclear attack submarines with an eye on China. This move is clearly aimed at increasing India’s presence and make a clear mark for any outsider that Indian Ocean would be India’s sphere of Influence.

This move would add to the already increasing India’s underwater nuclear leg of Nuclear powered ballistic submarines of the Arihant class, and the INS Chakra that is on lease from Russia. 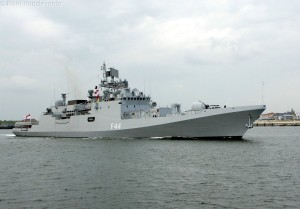 In a much recent development, Narendra Modi’s cabinet has okayed the construction of seven new stealth Frigates under the project 17A. Four of these stealth Frigates would be built at Mazagon Docks, Mumbai, and the remaining three at Kolkata. Both the shipyards have the capability for such a project, and have recently completed three 6100-ton stealth Frigates.

These new frigates would be larger, faster than the current ones, and will be designed to operate under multi-threat environment. The new projects of stealth frigates and the Nuclear attack submarines would be constructed at a cost of Rs. 1 Lakh crores in India. 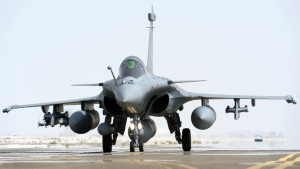 After sessions of talks between India and various countries, PM Modi sealed the much-awaited deal of buying medium multirole combat aircrafts in 2015. However, the govt decreased the total numbers from 126 to just 36 but the immediate delivery of the aircrafts will strengthen the combat efficiency of the IAF.

9) Apache and Chinook for IAF 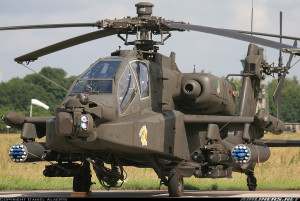 The Cabinet Committee on Security approved the purchase of Boeing’s Apache and Chinook helicopters for the Indian Air Force (IAF) in a deal worth around $2.5 billion. The deal for 22 Apache attack and 15 heavy lift Chinook helicopters with the United States coincides with Prime Minister Narendra Modi’s visit to the US. It is the single biggest defence contract signed in the first 16 months of the NDA government. The contract is believed to have an option for follow-on orders for 11 more Apaches and four extra Chinooks. 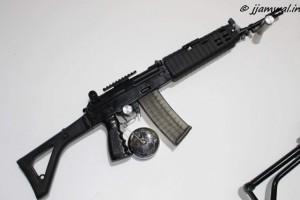 The Indian Army has decided to go for an indigenous assault rifle to replace the problematic INSAS rifles. The decision that could save thousands of crores in foreign exchange and boost local manufacture was taken recently by Army Chief General Dalbir Singh. The Army then cancelled a problematic Rs 4,848 crore order for importing Multi Caliber Assault Rifles on June 15-first reported by Mail Today on July 1.

“We are going in for a designed and Made in India rifle in keeping with the government’s indigenisation thrusts,” senior Army sources told

The performance of the DRDO-designed ‘Excalibur’ assault rifle in trials last month at the Armament Research and Development Establishment (ARDE) in Pune has further enthused the Army. The Excalibur had only two stoppages (where the bullet gets stuck in the breech) after 24,000 rounds were fired, close to the Army’s specifications of only one stoppage.

NAMO government is making lots of effort to get the Indian defense back on track but the opposition is doing its best to stop the government.

This article is written by Aayush Sinha exclusively for defenceupdate.in