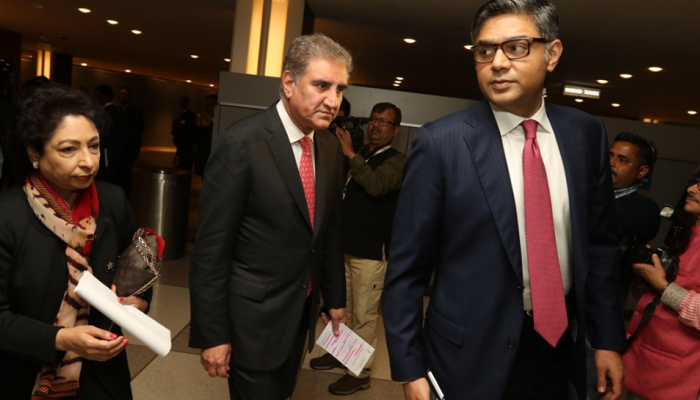 Pakistan has accepted that it will be difficult to find support if it rakes up Kashmir issue with the United Nations Security Council’s five permanent members (P5) and from Muslim countries as well.

Speaking at a press conference, Pakistan foreign minister SM Qureshi said, “People in the Security Council aren’t standing with flowers, any of the P5 members can be a hurdle. There shouldn’t be any ambiguity on that, do not live in a fool’s paradise.”

Qureshi then said, “Let the people of Pakistan and Kashmir be aware that nobody out there(at UNSC) is waiting for you, nor is awaiting your invite.”

The development comes exactly a week after New Delhi decided to remove the special status for Jammu and Kashmir. Over the weekend, Russia became the first P5 member country to openly back New Delhi’s decision, calling it India’s internal matter taken ‘within the framework of the Constitution of the Republic of India.’ The US State Department has also ‘noted’ the developments calling it India’s internal matter.

Last week, in a big snub to Pakistan, the United Nations Security Council did not take up Pakistani FM’s letter dated August 6 at several meetings written in the aftermath of New Delhi removing the special status for the erstwhile state of Jammu and Kashmir.

Pakistani FM also said, “Lots of countries have interests there (in India). I have said this in hints earlier, hope you get it. It is a new realignment. It is a $1 billion market, lots of people have invested there. We talk about Ummah (Muslim Nations) and Islam but those who are the safeguards of Muslim nations have invested there(in India). They have their interests there.”

His statement comes on a day when Saudi Arabia-backed Saudi Aramco, world’s largest company by revenue, announced that it will acquire a 20% stake in Reliance’s oil and chemical business, making it India’s largest foreign direct investment.

In the last one week, two members of the Organisation of Islamic Cooperation(OIC) – United Arab Emirates and Maldives – have supported New Delhi’s decision on Kashmir and called it an internal matter.