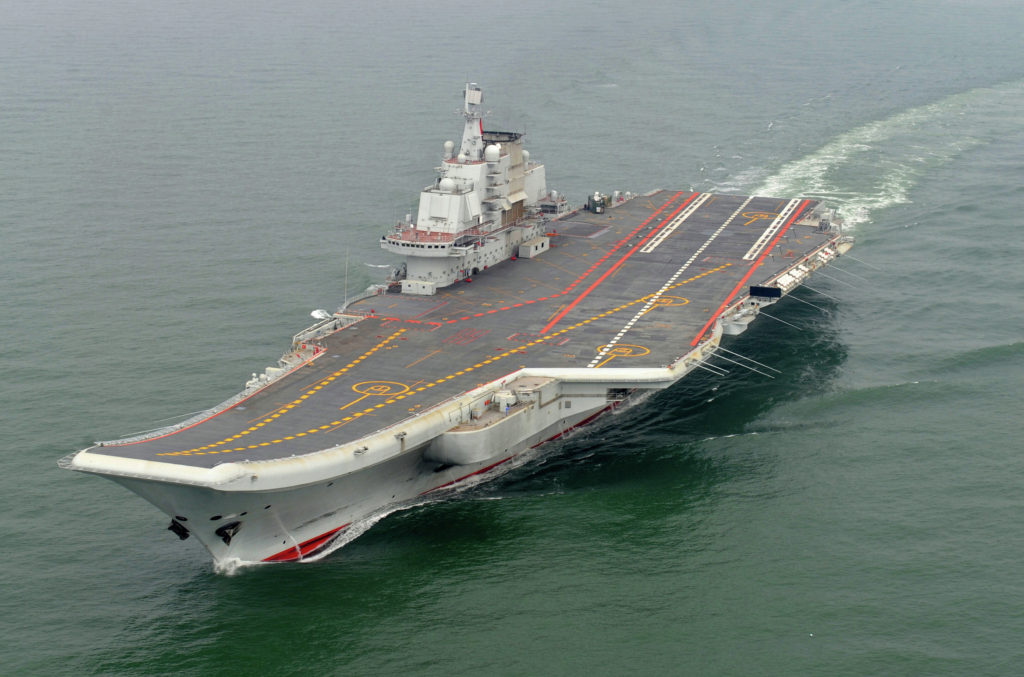 Media reports on China’s decision to sell its only at-service aircraft carrier, the Liaoning, to Pakistan “in order to compete with India” are unrealistic, military analysts told the Global Times.

Pakistan-based news outlet The Nation cited Chinese and Russian media as reporting on Saturday that “the Chinese government has decided to sell its first and only aircraft carrier to Pakistan, “for a yet-undetermined price in order to upgrade the Pakistan Navy’s capabilities.”

Such a move will make the Pakistan Navy more competitive against rival India, which has an operational aircraft carrier, the report said, while alleging such a deal will take place after the Liaoning undergoes a “large-scale upgrade.”

However, the Chinese government has never disclosed any plan regarding such a deal, and the Global Times reporter also could not find the alleged Chinese media report.

An RT report on the topic, which was cited by The Nation, most likely can be traced to an earlier report by the US defense website navyrecognition.com on February 5, which claims that an official media report disclosed such a deal.

The US website also outlines a schedule for such a deal, saying that as the Liaoning, which was commissioned into the China’s People’s Liberation Army (PLA) Navy in September 2012, will serve for about 18 years, and while Pakistan’s Gwadar and Karachi have already been described by Chinese Navy strategists as a “logistics base” and “PLA Navy base,” respectively, this does mean that the carrier could be sold to Pakistan by 2020.

It is a groundless allegation and complete falsehood, Song Zhongping, a Chinese military expert and commentator, told the Global Times on Monday, referring to the reports.

As China’s first-ever aircraft carrier, the Liaoning acts as both training vessel and combat warship, that there is a zero possibility of reselling it, and China does not have spare carriers to sell to Pakistan, Song noted.

The Liaoning is the only Chinese aircraft carrier in active service, and the country’s first domestically developed carrier, known as the Type-001 A, is still undergoing sea trials.

Although it has been widely speculated that China will have at least five aircraft carriers, including two nuclear-powered ones by 2030-2035, China’s Ministry of National Defense has not yet revealed a plan for future carriers.

Ministry spokesperson Ren Guoqiang said at a press conference in November 2018 that the development of China’s aircraft carriers will be based on the country’s overall plan.

Song added that “such reports have no credibility even judging from Pakistan’s perspective, as the country’s navy pursues an onshore defense strategy, which means it does not need a carrier. And its defense budget cannot afford an aircraft carrier or maintain one.