How Panaji Was Liberated Peacefully 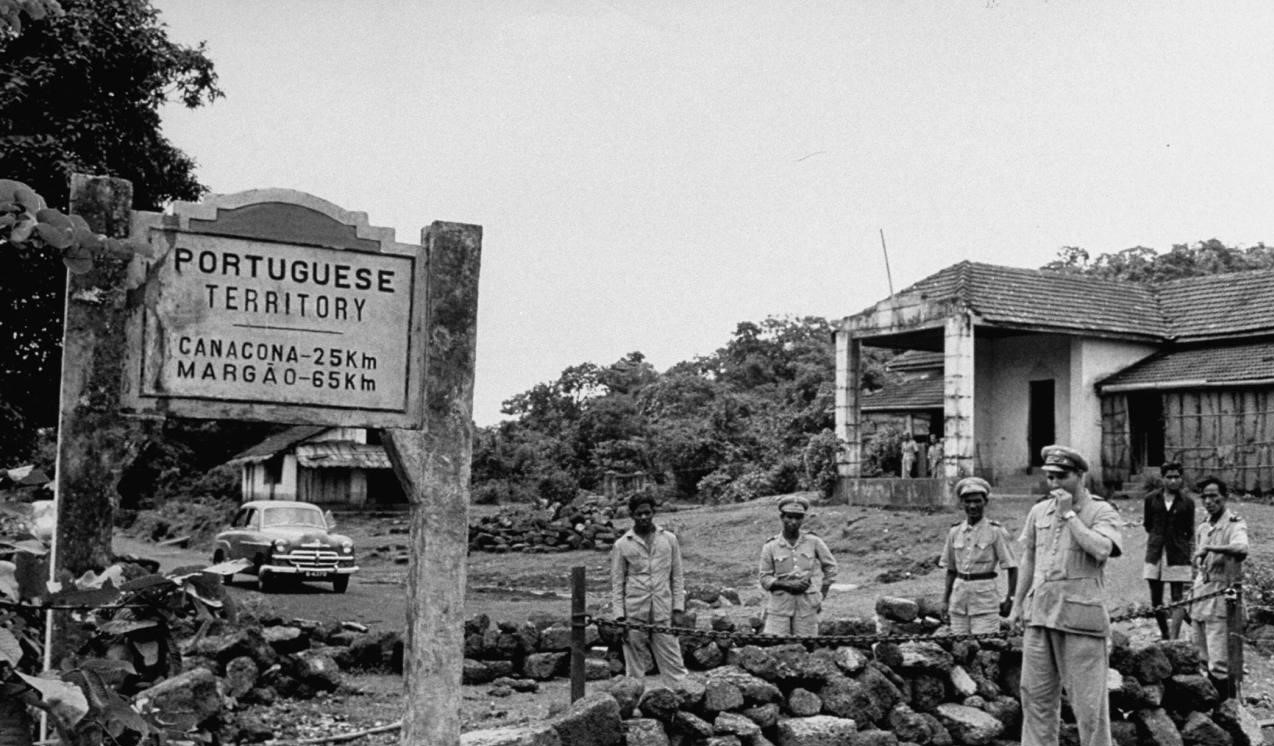 Panaji escaped destruction during “Operation Vijay’ and was liberated by late evening on December 18, 1961. At 5 pm on December 18, the columns of 2 Sikh Light Infantry had reached Betim where it could join hands with squadron of the 7th cavalry.

At that moment some boats anchored at Betim had attempted to escape and bullets had to be fired to stop their escape. Those were probably the last gunshots heard in Panaji on December 18 except some sporadic gunfire in the city by underground freedom fighters. The 2 Sikh Light Infantry unit had not come prepared to cross the 800 meters wide river channel. Otherwise by nightfall of December 18 itself they would have been in Panaji.

The news of the arrival of Indian army units at Betim reached the Portuguese armed forces in Panaji and the last Portuguese Archbishop Patriarch Jose Alvernaz at Altinho. Both were staring at the possibility of heavy gunfire and artillery bombardment of the city from Betim. The Portuguese soldiers which had faced attack in the morning from Indian army had retreated from Banastarim to Panaji in evening after blasting the bridge. There was fear and apprehension in the city. The fear was regarding impending violence and gunfights. Streets were empty. Shops were closed in anticipation of the imminent attack. A battle would have destroyed the major parts of the city.

Citizens had locked themselves inside their houses. At Bondir, Santa Cruz, which was then under Panaji Municipal Council, on December 18 early morning we had heard the roar of IAF planes and had come out to watch the spectacle. The walls of our century old house built in mud had shaken when the planes had dropped bombs to destroy the transmitter at Bambolim. It was all over by 8 am on December 18. The Portuguese Radio station had been silenced. The morale of the Portuguese soldiers in Panaji was low. Members of resistance movement of Goa were active in city taking potshots to kill Portuguese soldiers after spotting them. If the limited Portuguese garrison in Panaji had to decide on a “do or die’ strategy, then there would have been an all-out destruction because the advancing Indian mechanised units were determined to silence them at any cost. But Panaji was saved on that day.

Thanks to sensibility and sensitivity shown by the then Patriarch of Goa Jose Alvernaz and Goan chief secretary Dr Abel Colaco, Panaji, the capital city of the Portuguese “Estado do India’ escaped artillery bombardment by Indian army across the Mandovi river. A few days earlier, Governor Vassalo e Silva had been ordered by Salazar to destroy ‘Palacio do Hidalcao’, the old secretariat building and “Banco Nacional Ultramrino’, the building presently occupied by SBI. But Governor Vassalo refused to carry out the orders and saved both these iconic buildings.

As Goa is geared to celebrate the 56th Goa Liberation Day, made possible by Indian Army in “Operation Vijay”, in one of the swiftest such military operations in history, the events from December 17, 1961 evening begin to unfold before our mind. For parts of north and south Goa, true liberation day falls on December 17 (especially villages on border) and 18. The thrust of “Operation Vijay’ was aimed at capture of Panaji. Orders had been issued to 2 Sikh Light Infantry and 1 Para (Punjab) to capture Panaji as swiftly as possible. Having assessed the situation, the last Portuguese governor Vassalo de Silva was caught between Indian army units and orders issued by Salazar to follow a “scorched earth” policy.

After noticing the overwhelming presence of Indian army at Betim the meeting of Portuguese army officers and other administrators concluded that a peaceful surrender of the city was inevitable. Under instructions of the Portuguese Major in charge of defense of Panaji, Acacia Tenreiro, they decided to hoist a white flag on banks of Mandovi river easily noticeable to Indian army units at Betim. At night they had planned to destroy their stock of arms and ammunition, communication equipment and other sensitive material before it fell in the hands of Indian army entering the city. It is rumored that some very sensitive documents about precious treasures hidden by the Portuguese in Goa were also destroyed in this process by dawn of December 19th.

The white flag was hoisted but still there was no guarantee that the Indian soldiers won’t engage in the attack at night. So, a messenger was identified to cross the river and communicate the request for ceasefire and decision of surrender of the city to commander of the Indian army. This messenger was one Magno Antao. The message of surrender of Panaji was drafted on December 18 itself so technically Panaji had given up any idea of a fight and was liberated that day. Because the Portuguese flag on the flag post opposite the ‘Palacio de Hidalcao’ had been lowered in evening of December 18 itself and by signaling a surrender by display of a white flag. But actually, the message of surrender was carried by Antao on December 19 early morning.

The message signed by Tenreiro said- “The military commander of Panaji declares that he wishes to open talks with the commander of the military forces of the Union of India to finalise the surrender, so that peace can take effect immediately. This is to avoid massacre of the population and damage to the city.” The message which has not been much discussed by military historians and all those who have written about Indian army action shows us today how much importance the Portuguese had given to Panaji which they had built as a model of Lisbon. Somehow, they couldn’t entertain the thought of even a token, symbolic fight.

Battles in urban areas of Panaji would have caused terrible loss of lives and property. Indian army would have taken care to avoid damages to religious places and monuments. But unconditional surrender by Portuguese defending the city led to a peaceful liberation. The world praised the Indian army for their fair treatment of Portuguese war prisoners. As a child, I still vividly remember the Sikh soldier from light infantry who had visited our house at Bondir and had held me up lovingly. Today I see those arms lifting me as liberating arms of my great motherland.