Rafale or F-35, What will be IAF Next Gen Aircraft If Russia-Indian FGFA project Collapsed 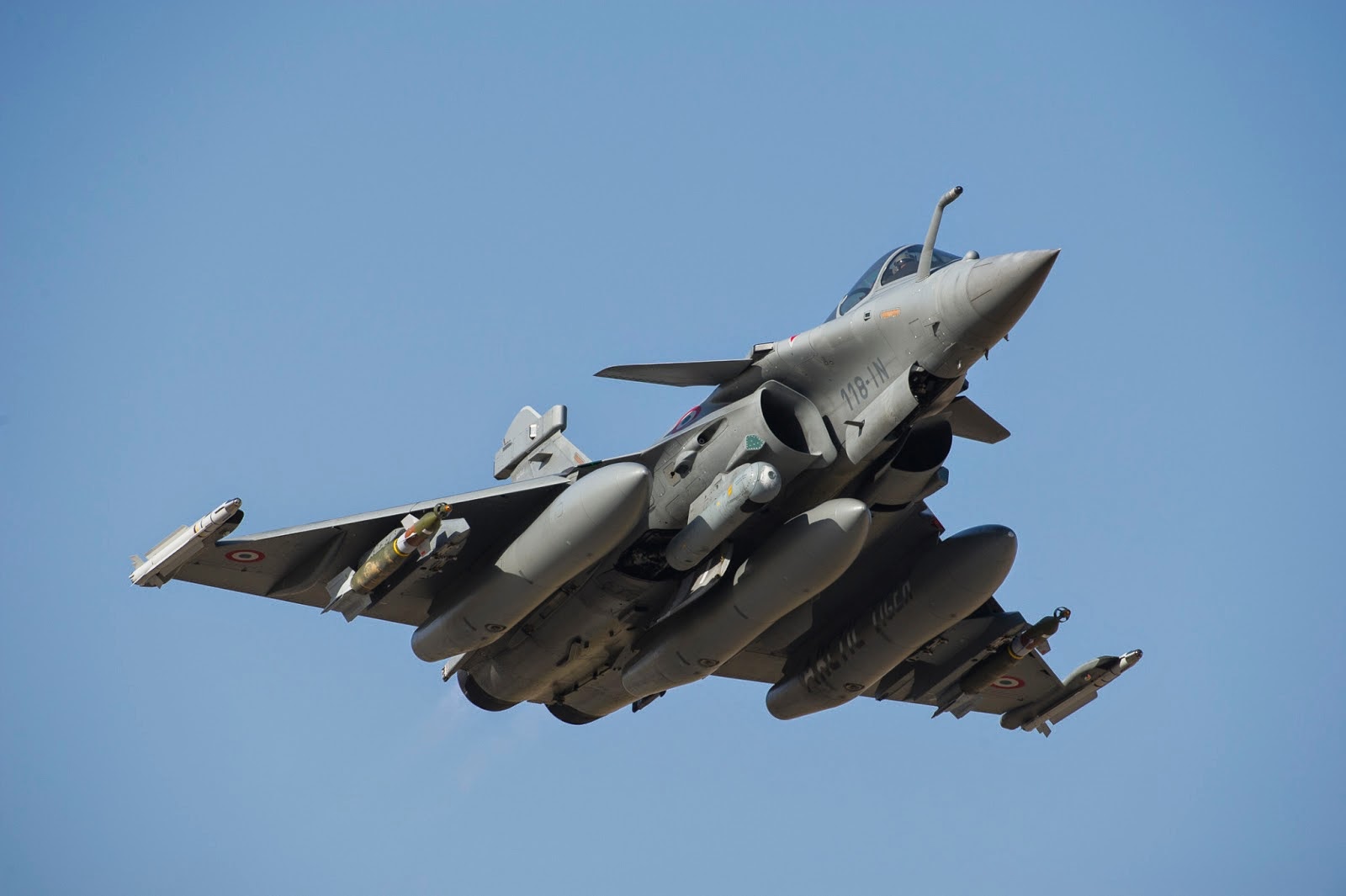 Being the 4th largest air force in the world, IAF operates different varieties of fighters starting from heavy to lightweight class. As the rival Chinese air force started manufacturing of its own 5th gen fighter J-20, IAF is in hurry to acquire such type of advanced jets which can counter this move. IAF has been in love with French birds since decades due to the experience of handling & making combat manoeuvre. That’s why it opted to buy Rafale over typhoon. But the rise in cost forced Gov of India to buy only 36 jets.

Imagine, if you will, a single fighter aircraft.  That fighter aircraft needs to fulfill multiple roles, in multiple services.  This includes, but not limited to, air-superiority, ground attack and reconnaissance.  This fighter must also have a carrier variant.  This single fighter type will make up the majority of the fighter fleet and must serve as a tireless workhorse.

The Sukhoi/HAL Fifth Generation Fighter Aircraft (FGFA) is a fifth-generation fighter being developed by India and Russia. It is a derivative project from the PAK FA (T-50 is the prototype) being developed for the Russian Air Force.

The completed FGFA will include a total of 43 improvements over the T-50, including stealth, supercruise, advanced sensors, networking and combat avionics. It is a multirole fighter designed for air superiority and attack roles. The fighter is planned to have supercruise, stealth, supermaneuverability, and advanced avionics to overcome the prior generation of fighter aircraft as well as ground and maritime defences.

Reports from Moscow coming that the PAK FA project may collapse due to the lack of Russian interest in the PAK FA Project.Russians pushed Indians to sign the R&D contract which valued some $6 billions.What are the Option If FGFA Collapsed

These two fighters represent that ideal.  Both the F-35 and the Rafale epitomize the “multirole” fightr type.  These aircraft are true “jack-of-all-trades” following in the footsteps of aircraft like the F-4 Phantom II.  The JSF takes things a couple of steps further by adding stealth and a STOVL variant, both of which have proven to be controversial additions.

Despite their similar design goals, these aircraft are extremely different.  Not only in design, but their construction and the very philosophy behind them.  The F-35 is a multinational effort with investors (and potential buyers) from all over the world.  Parts from the F-35 will be built all over the globe.  This was done as a deliberate attempt to lower costs and promote investment into the program.

In contrast, the Rafale was designed and built in France.  All of its various component systems, including engines, radar, sensors, EW suite, and most of its weapons are all sourced from France.  This was done as a deliberate attempt to keep French defense and aerospace firms on the cutting edge.

Rafale is better-proven aircraft. It is not only regularly being used to bomb targets of the Islamic State (IS) jihadist group in Iraq and Syria but also saw regularly in Afghan skies, dropping 250-kilogramme (550 pounds), laser-guided US bombs to support NATO troops on the ground. While F-35 isn’t used on the battlefield but flying over Japan & being undetected by Radar had brought Donald Trump’s Thumbs up in showcasing American Smile on Chinese face.

The RAFALE, with its “OMNIROLE” capabilities, is the right answer to the capability approach selected by an increasing number of governments.

It fully complies with the requirement to carry out the widest range of roles with the smallest number of aircraft.

The People’s Daily, the Chinese Communist newspaper, says the sale of the Rafale fighter plane ‘encourages, excites and spurs India’s appetite and ambition to become a great military power while intensifying its aggressive and expansionist tendencies, which poses a serious threat to peace and stability in Asia.’

Furthermore, the Rafale is nuclear-capable and will replace the Mirage 2000N in French service as the carrier of the newly-upgraded ASMP/A nuclear stand-off missile; it is also capable of firing the AM-39 Exocet missile, giving it an anti-ship capability that its competitors do not have. India is also interested in fitting its BrahMos supersonic missile to a wide range of its combat aircraft, and Rafale could apparently carry it.

On a technical and technological point, the Rafale is the best fighter jet money can buy. Its technology and avionics include things that the US is only beginning to develop, such as data fusion (absurdly touted as one of the revolutionary new features of the F-35 boondoggle despite having been present in the Rafale and the Gripen for over a decade) or the SPECTRA defense suite.

The F-35 descends from the X-35, the winning design of the Joint Strike Fighter (JSF) program. An aerospace industry team led by Lockheed Martin designed and manufactures it. Other major F-35 industry partners include Northrop Grumman, Pratt & Whitney and BAE Systems. The F-35 first flew on 15 December 2006. The United States plans to buy 2,663 aircraft. Its variants are to provide the bulk of the crewed tactical airpower of the U.S. Air Force, Navy and the Marine Corps over the coming decades. Deliveries of the F-35 for the U.S. military are scheduled until 2037[13] with a projected service life up to 2070.

Having said all that, one can imagine a few scenarios in which the F-35, even with all its problems, would serve a useful purpose in the IAF. For years, the IAF maintained a handful of high-maintenance MiG-25R Foxbats for a niche profile: reconnaissance of enemy territory, out of reach of interceptors or SAMs. Likewise, the IAF could consider one or two squadrons of the Lightning II, for the simple purpose of “kicking the door down” in the first few days of the war, taking out vital air defence nodes, logistics nodes, or AEW&C and tanker aircraft before handing over the heavy lifting to other aircraft that can announce their presence.

And yet, the reason this may turn out to be a bad idea is that in the same way the MiG-25 was replaced not by another aircraft but an indirect replacement – spy satellites – the F-35’s role can be performed not by another aircraft, but by missiles. We already operate the ground-launched BrahMos. The air-launched version should be available within the next few years, giving us a 300-km reach anywhere beyond its launch point. Throw the Shaurya into the mix and suddenly we can hit targets deep inside enemy territory without having to risk aircraft or pilots. Granted, missiles cannot do everything an aircraft can but even if cruise missiles provide partial coverage, the costs in maintaining a squadron’s worth of special aircraft and pilots cannot be justified.

Finally, the F-35 isn’t “a full generation ahead of the Rafale”. On the contrary, it’s only playing catch-up technologically. The main thing of the F-35 over a Rafale is its supposed stealth design… However, this is also its main real weakness. Stealth design results in poor aerodynamics, making it less vulnerable than the planes it replaces, and requiring vastly more fuel to burn per miles flown. It also makes maintenance harder and more complicated; US militaries will outsource maintenance to LockMart teams to save on training their own technicians.

Between that and the gas guzzling, the F-35’s cost per flying hour will be easily double, if not triple, that of the Rafale. Payload is severely decreased, unless you want to use external hardpoints, which negate the supposed stealth advantage. But even if you dismiss all these drawbacks, what you get is nothing worth writing home about.

The F-35’s stealth is easily defeated by operating radars outside the X-band range. Its stealth design also only covers the front angle — not the bottom, top, side, and especially not the rear. This means that an F-35 is easy to detect from ground radars (below it) or early warning radar planes (like the AWACS) flying above.

If India decides to buy F-35, then it will force her to sign rest 2 agreements with the USA to get full access to its technology. The signing of BECA (Basic Exchange and Cooperation Agreement) & CISMOA (Communication Interoperability and Security Memorandum Agreement) would help India to have access to US state-of-arts technology and weapon systems to which India is reluctant to sign.

IAF operated French planes since two & half decades. So, it has experience in handling those planes. Nill experience of operating American fighter would tell IAF to buy French one. But the changing in geopolitics can turn the game in American favour if IAF opts Rafale & the question must be raised to separate bureaucracy from military matters.

The AMCA on the other hand is aimed at replacing much smaller ground attack jets such as the Mirage-2000, Jaguar and Mig-27. The IAF will always have a need for a mix of aircraft, including large, medium and small jets for a variety of combat roles. Therefore, replacing the FGFA with the AMCA makes no sense at all.