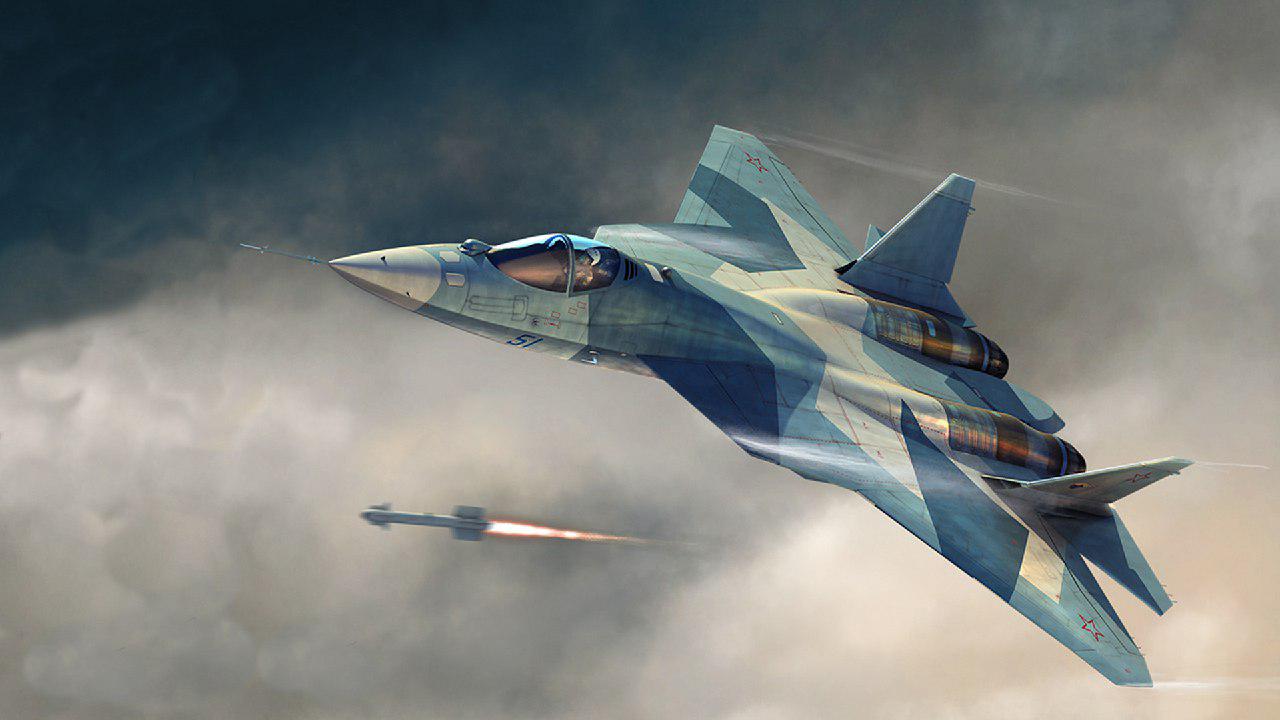 The capability of any modern fighter is usually way ahead of its predecessors, especially so if it is replacing decades-old planes such as the MiG-21 and the MiG-27. This is even more applicable to the leader of the pack of six of the world’s best fighter jets. Other air forces in the neighbourhood are also acquiring combat aircraft of similar capability, thus nullifying the IAF’s advantage. But the true game changer for the IAF, something that may give its potential adversaries many sleepless nights in the years ahead, is the Fifth Generation Fighter Aircraft (FGFA).

These are exciting times for the Indian Air Force (IAF). After years of helplessly watching its combat assets dwindle or fade into obsolescence, the service is finally shifting into top gear and inducting an impressive range of modern equipment that should enable its transformation into a potent strategic force. Combat aircraft constitute the sharp end of air power, so the procurement of large numbers of Su-30 MKI air dominance fighters and the impending final operational clearance of the indigenous Tejas Light Combat Aircraft, possibly by the end of the year,Rafale Delivery will start from 2019 and India’s fifth generation shealth fighter production will start 2023.

Other air forces in the neighbourhood are also acquiring combat aircraft of similar capability.But the true game changer for the IAF, something that may give its potential adversaries many sleepless nights in the years ahead, is the Fifth Generation Fighter Aircraft (FGFA).

The Sukhoi/HAL Fifth Generation Fighter Aircraft (FGFA) is a fifth-generation fighter being developed by India and Russia. It is a derivative project from the PAK FA (T-50 is the prototype) being developed for the Russian Air Force.

The completed FGFA will include a total of 43 improvements over the T-50, including stealth, supercruise, advanced sensors, networking and combat avionics. It is a multirole fighter designed for air superiority and attack roles. The fighter is planned to have supercruise, stealth, supermaneuverability, and advanced avionics to overcome the prior generation of fighter aircraft as well as ground and maritime defences. 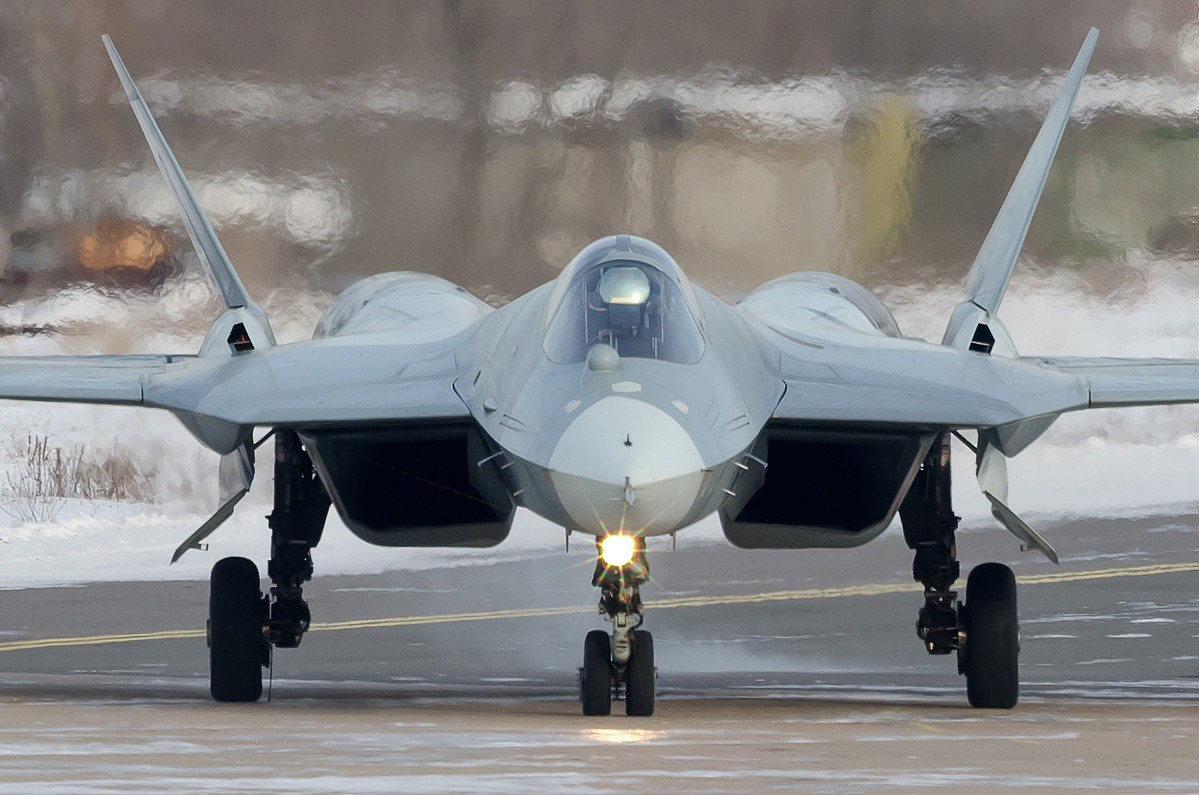 PAK-FA radar cross section (RCS) stands at 0.1-0.5m which is significantly higher than the F-22 ( 0.0001 ) and the F-35 (0.0015) according to latest reports and India and Russia will work together to further improve radar cross section. Russians to keep the price low and to meet Russian air force requirements have done some compromise in the stealth element but FGFA will have a higher degree of stealth.

The PAK FA plays a major role in India’s competition with China and Pakistan, its two major regional rivals. China has pushed the J-20 stealth fighter project to a stage competitive with the PAK FA, although we know less of the former’s capabilities than of the latter. For its part, we can expect that Pakistan will likely acquire J-31 stealth fighters from China, whether off the shelf or as part of some kind of joint production scheme.
India has a requirement for 120-130 swing-role planes with stealth features for increased survivability, advanced avionics, smart weapons, top-end mission computers and 360-degree situational awareness.

The ability to super cruise or sustain supersonic speeds in combat configuration without kicking in fuel-guzzling afterburners is a key Indian requirement. However, the IAF continues to have reservations about the project due to the high cost and the extent of technology transfer, a senior official said.

India already has dropped plans to develop a two-seater FGFA to keep the development cost down and has made plans to invest $6 Billion ,which will be divided by India and Russia to develop nearly 43 improvements over the T-50 in major areas to improve stealth, supercruise, advanced sensors, networking and combat avionics over current T-50 aircraft developed for Russian air force .

India already has rejected AL-41 engines and instead has opted for Izdeliye 30 which has been developed from scratch and features improved thrust characteristics, better fuel efficiency, fewer moving parts, and subsequently improved reliability and lower maintenance costs. Russians initially will be using AL-41 engines equipped but will later move to Izdeliye 30 Engines but Indian varaint will have some performance improvement.

The new engine has fewer parts compared to its predecessor and generates 176 kN thrust in full afterburner With this new engine, PAK FA will be able to have a kinematic performance comparable to F22 Raptor with the capability to supercruise at Mach 1.6 and have a maximum speed of Mach 2.0.

PAK-FA has a lower RCS due to its unique design which addresses even the considered drawbacks of F 22 such as lack of space between engines for weapons bays. Apart from that, the radar blockers to be used in the front edge of the engine fan hides them from all angles.

Now coming to manoeuvrability, PAK FA employs 3D Thrust Vectoring which makes it highly manoeuvrable in both roll and yaw which enables it to maintain very high angles of attack (AoA). Rafale or any other fighter in the world is not even close to PAK FA when it comes to manoeuvrability. AMCA though have the potential to have even better manoeuvrability but it is possible only if Russian assistance is provided.

India, a co-developer in the T 50 program is currently suffering from reduced squadron strength and has budget constraints but to maintain aerial dominance and produce AMCA within the given time frame, there is a strong requirement that PAK-FA is produced in India and the same technology and supplier ecosystem can be utilised to fast track AMCA. In my opinion, India should get the Russian technology critical for AMCA even if it comes at a hefty price. India should reduce the number of these jets to 96 (8 squadrons with 12 jets each) though to allocate more funds to the Indigenous AMCA.

The RAFALE, with its “OMNIROLE” capabilities, is the right answer to the capability approach selected by an increasing number of governments.

It fully complies with the requirement to carry out the widest range of roles with the smallest number of aircraft.

The People’s Daily, the Chinese Communist newspaper, says the sale of the Rafale fighter plane ‘encourages, excites and spurs India’s appetite and ambition to become a great military power while intensifying its aggressive and expansionist tendencies, which poses a serious threat to peace and stability in Asia.’
Furthermore, the Rafale is nuclear-capable and will replace the Mirage 2000N in French service as the carrier of the newly-upgraded ASMP/A nuclear stand-off missile; it is also capable of firing the AM-39 Exocet missile, giving it an anti-ship capability that its competitors do not have. India is also interested in fitting its BrahMos supersonic missile to a wide range of its combat aircraft, and Rafale could apparently carry it. 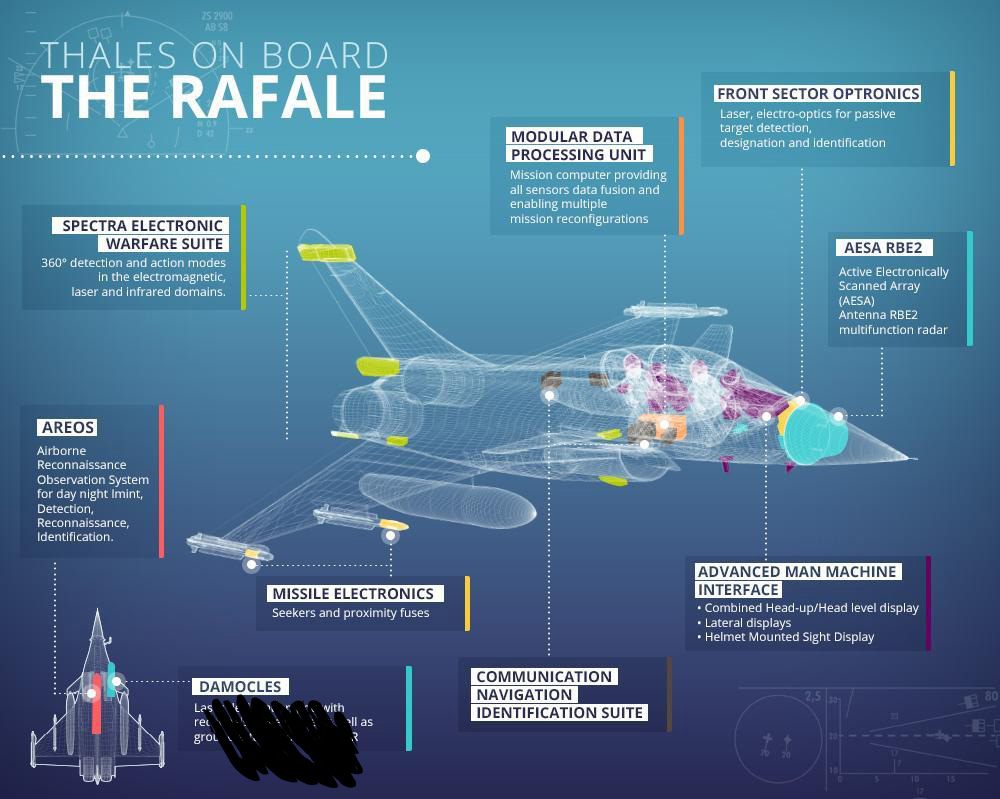 Meteor is the next generation Beyond Visual Range Air-to-Air Missile (BVRAAM) system designed to revolutionise air-to-air combat in the 21st Century which offer multi-shot capability against long-range manoeuvring targets in heavy electronic countermeasures (ECM) environment with a range in excess of 100 km.

India will also be equipping Rafale fighter jets with Mica air-to-air missiles, SCALP air-to-ground missile and also has plans to integrate homegrown Astra BVRAAM once it is ready for production . MBDA already has offered Meteor BVRAAMs for integration with India’s Sukhoi Su-30 MKIs combat jets and with India and

Russia already discussing upgrade package for Sukhoi-30s dubbed as ” Super Sukhoi” chances of Meteor integration might happen since Indian Rafale fighter jets will also be equipped with it.

SCALP is able to be operated in extreme conditions, the weapon offers operators a highly flexible, deep-strike capability based around a sophisticated mission planning system. According to MBDA officials, SCALP can be integrated into both upgraded Mirage-2000 and Rafale fighter jets.

Rafale is a tech beast and is truly a highly capable fourth gen fighter but comparing it with the capabilities of PAK FA is an insult of the Indo-Russian Masterpiece. HAL/Sukhoi FGFA (Indian derivative of PAK FA) will be an even more evolved version of PAK FA with 43 major India specific improvements already in place. Actually, FGFA comparable to the F22 Raptors and you will understand when FGFA is compared with Rafale in following aspects:

As for Pakistan, India’s plans to induct the FGFA in large numbers means that it will have to play yet another game of catch up. The FGFA is simply a class apart and its induction into the IAF will leave the Pakistan Air Force (PAF) with no credible counter. The US has steadfastly refused to supply the F-22 even to its closest friends and is likely to pick and choose the countries to which it may agree to sell the F-35 Lightning II. One does not need to be a prophet to predict that the PAF will make every effort to acquire the Chengdu J-20 from its all-weather friend China. However, what remains to be seen is whether the J-20 will come anywhere close to matching the FGFA.