RAMBLINGS on MMRCA 2.0 in BACKDROP of JUST HELD ASSEMBLY ELECTIONS 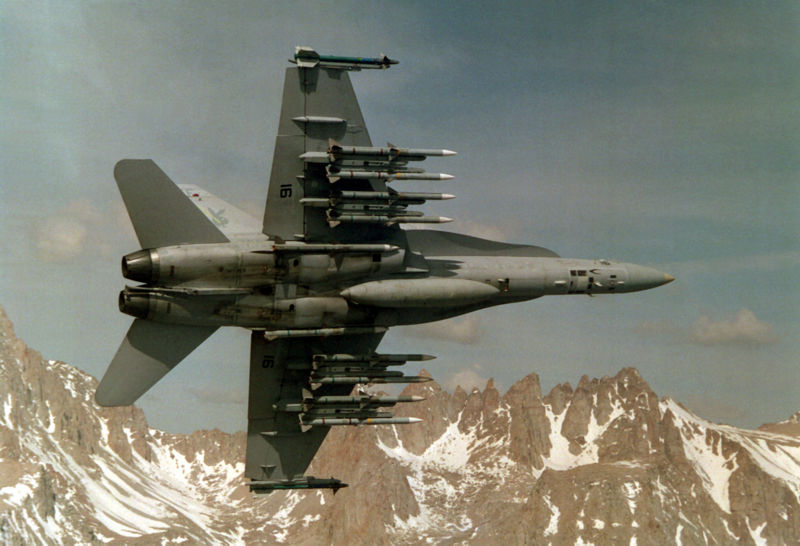 I’m above party affiliations. But just imagine for an instant. Had same government been elected in 2014, 126 Rafales would have been on order so far. Now we have to make do with 36. Plus such a humongous controversy has been generated on Rafales, which makes it a huge political risk to order Rafales again.

Now political wisdom for BJP would be to order Super Hornets Block III. It is a reasonably good aircraft and moreover Boeing has tied up with HAL. So two birds, in fact three can be killed with one stone. Rafale controversy will die down after new order; Super Hornet Block III, a good and relatively cheaper aircraft with better American engines will be acquired; HAL will be involved in manufacture – so opposition’s charge on crony capitalism and ignoring HAL (Hindustan Aeronautics Ltd.) shall be nipped in the bud.

Conversely if recent state assembly elections are to go by and the same public mood sustains for a couple of months more in favour of Congress, Congress will come to power in 2019. Then Rafale has a lifeline as Congress would be eager to show the public that it renegotiated 110 Rafales at a relatively lower price.

But Congress victory is not a given, since in state assembly elections Modi did not canvass with enthusiasm. In fact, BJP seems to have held Modi back as it wanted to sense what would be BJP’s chances in case Modi is not around. So in case BJP comes back to power, Super Hornet has a very good chance to be Indian Air Force’s next medium weight fighter after Rafale. But the upshot is that while people at Dassault Aviation should be praying for a Congress victory, those at Boeing should be expecting a BJP victory.

There is another aspect as well. Bosses at Congress may already be miffed with Dassault Aviation as its CEO and others have been giving statements in support of BJP government as regards the Rafale controversy. In that case, either way Rafale’s chances in MMRCA 2.0 have been killed. Advice for Dassault Aviation is to open up its communication lines with Congress, sooner the better.

Third possible contender, Eurofighter Typhoon, is a good aircraft but its cost is almost prohibitive. And moreover having 4 countries as manufacturers, with some components sourced from USA, spares and after-sale service might pose a problem to Indian Air Force. USA would definitely create hurdles in Typhoon spares for India having ignored F-16 and F-18 in favour of Typhoon.

I don’t see chances for F-16 and Su-35. The thought behind keeping them out is that Pakistan and China know these aircrafts and associated weaknesses inside out. Mig-35, meanwhile, is being treated a lightweight (its AESA radar has just 600-700 T/R modules). Nor has Russia launched any serious campaign, online or otherwise, to promote Mig-35.

Saab Gripen has very good Electronic Counter-Measure warsuit and is relatively a cheaper aircraft, but is a single engine fighter. To its credit, Saab has pitched its Gallium Nitride T/R modules based AESA technology very vociferously which is even more advanced than any US AESA. Saab has offered to mutually make such a radar with DRDO for India’s fifth-gen AMCA, in case India opts for Saab Gripen. Further ahead, Adani is a very shrewd pastmaster at lobbying for his wares.

Lastly, we are not going anywhere in hurry as regards this MMRCA 2.0. Wait for at least 2024 now. Either party would like to place such a huge order just before the big election only. Save your thoughts and prayers for the system we have in this country. A thing Indian Air Force needed in 2000, will be ordered in 2024. When it finally gets delivered, should bring the red tapism and political indecisiveness that mars many cherished projects of Indian Armed Forces further into focus. In such a long hold up a whole new generation of aircrafts replace the earlier ones.