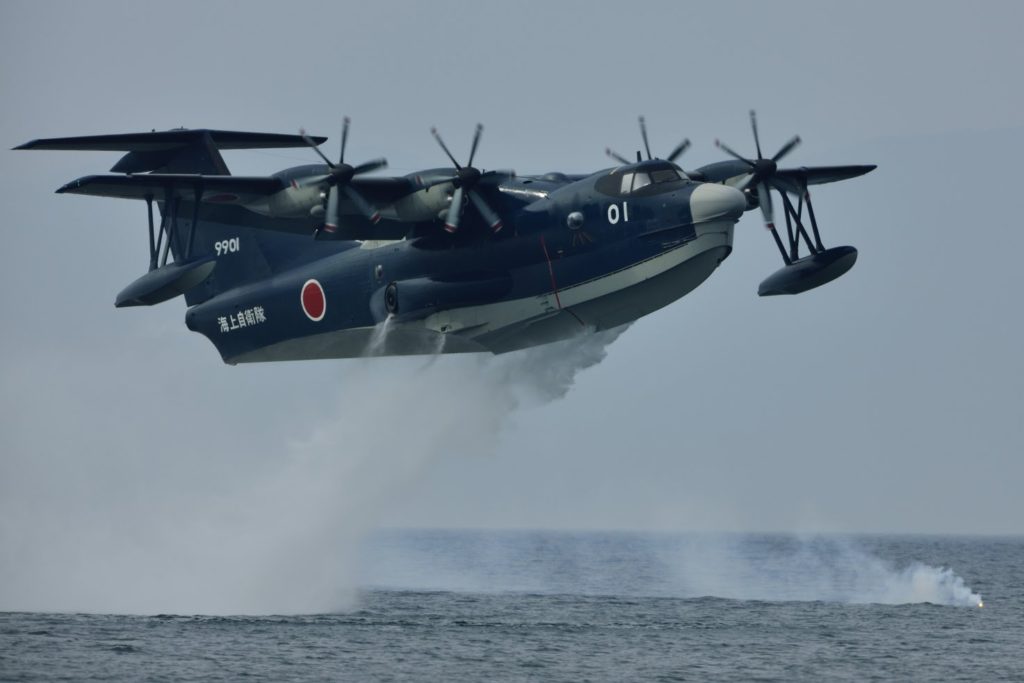 The ShinMaywa US-2 is an amphibious short take-off and landing (STOL) aircraft manufactured by Japan-based ShinMaywa Industries. Designed for air-sea rescue missions, The aircraft can quickly reach remote islands and sites of maritime accidents during search and rescue (SAR) operations.

ShinMaywa claims that its STOL capabilities allow the US-2 to take off and land in much shorter distances – both on land and on water, compared to commercial airline planes.

Moreover, the US-2’s features also count as reasons why India should go ahead with the deal. The aircraft’s short takeoff capability and its ability to land on tides as high as three meters would be a boon for a country as exposed to the ocean’s whims as India is.

India, according to sources, first agreed to the price tag of $115 million per plane (which incidentally the Indian Navy  believed is too high) on the understanding that the deal would fall under the procurement policy’s “Buy and Make (Global) category which would come with a certain amount of technology transfer and possible India production. Under the new procurement policy’s 30% offset clause, Japan and ShinMaywa agreed and even offered in February to set up a plant in India that would help cater to international demand.

“What happened during negotiations was that it was implicitly understood that a few sweeteners would be offered along with the SAR craft, namely that some amount of surveillance technology would be provided or transferred. However, they later backed out with this because the technology is critical and it could be seen aversely back home in Japan as the country transferring arms technology,” one military source told The Wire.

Once it became clear that technology transfer wouldn’t happen, Indian Navy officials started raising objections in March and April this year, arguing that while the SAR aircraft would be useful in monitoring coastal waters and the country’s island chains, the price tag was too high if it didn’t come with other state-of-the-art surveillance technology which could enable the aircraft to be used for multiple purposes.

US-2I costs $113 million apiece. It was projected as an effective airplane that could carry radar and search equipment to search and track flotilla of aggressors and also submarines. But there was no way they were ever going to install MAD detectors on such a platform. Also, we anyways had the state-of-the-art long range Boeing P-8i Poseidon for the role of Anti-shipping and Anti-submarine. Hence, a low flying amphibian with mid range and limited endurance makes no sense to invest in. Even if bought, it would only be for SAR (Search and Rescue) and that too only on the Andaman Nicobar command. [ SAR in the Lakshadweep can be well handled by helicopters. ] So the MoD was not willing to shed 2 billion dollars on such a deal, especially when other programs needed a better influx of funds.

With India insisting on full Technology transfer and licensed assembling of the aircraft within the country, the cost of the program shot up even further. The main difficulty lay in the fact that there are no Indian companies that are capable of handling such a large project. So, technology transfer was ruled. With Navy also shifting its focus on a spate of submarine accidents and the need to speed up the Scorpene program and the Project 75I submarine program, there is not much funds left to spend on such an extravagant program.

Can the deal be pursued in the future?

The US-2I does not pack a punch. It is a very effective SAR Aircraft. It is currently being pursued by Malaysia and Indonesia. Both these countries have island territories that are spread across their EEZs. Their islands are spread across the South China sea and the Malacca straits. Hence, it makes sense for them to deploy a maritime patrol aircraft that can hop between tiny islands.

India, however, has long continuous islands that are capable of handling conventional aircraft with long landing strips. Besides, India’s EEZs are well patrolled by the Coast Guard’s fleet of Fast Attack crafts and Helicopters. A large bulky seaplane just is too big for the bill.