So Called ” Rafale Killer ” Comes Crashing down in Pakistan 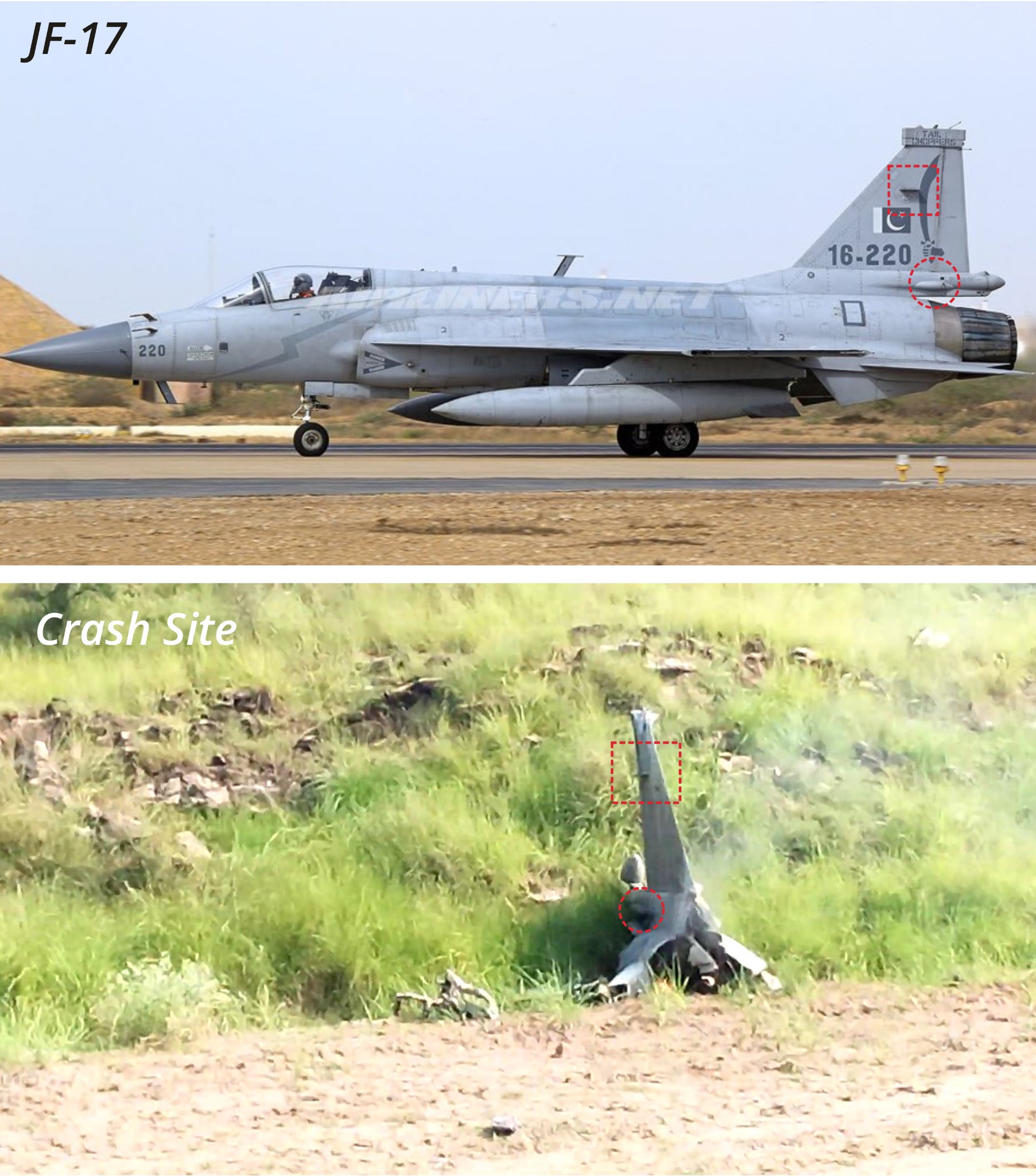 A Pakistan Air Force (PAF) aircraft crashed near Pindigheb, Attock on Tuesday, said the air force in a statement.The airforce said that the incident took place during a routine training mission, however, no loss of life was reported, The Dawn reported.

“The pilot ejected safely. No loss of life or property has been reported on the ground,” the statement further said.A board of inquiry has been ordered to investigate the crash which, Dawn reports, is the fifth incident to take place since the starting of this year.

In March this year, A PAF aircraft crashed near Shakarparian in Islamabad during rehearsals for a parade on March 23 in which a wing commander lost his life.

Another PAF aircraft, in the same month, which was also on a routine operational training had crashed near the Lahore-Multan Motorway. However pilots, in both plane crashes, had ejected safely.

In January, a PAF aircraft had crashed while on a training mission near Mianwali. Both pilots aboard the PAF FT-7 aircraft lost their lives in the crash.