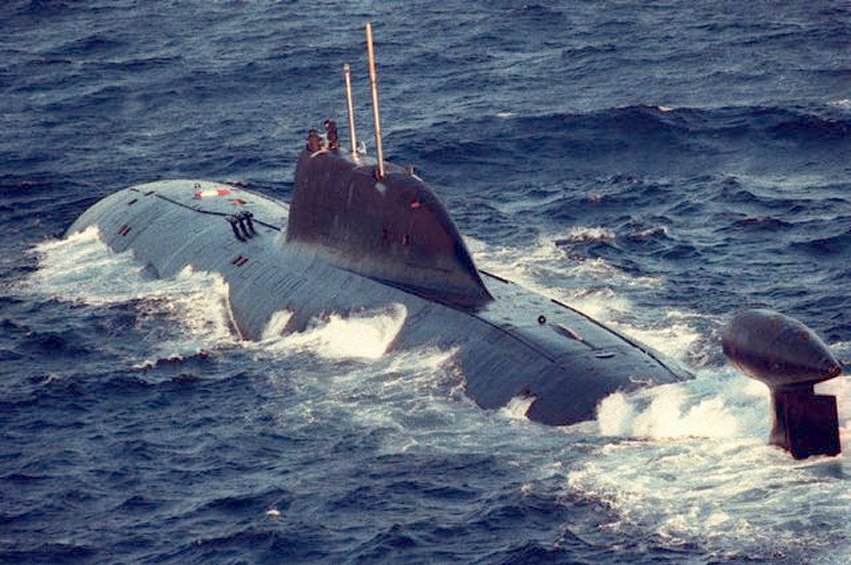 The Government of India approved the construction of six new nuclear powered attack submarines (SSN) in February 2015. These will be designed by the Navy’s in-house Directorate of Naval Design and indigenously built in the Shipbuilding Center at Visakhapatnam.

After nearly 40 years of Research and Development, India’s less talked about Nuclear submarine program finally seems to have hit expressway after it recently launched its Second Nuclear ballistic missile Submarine and have plans to launch 2 more improve Arihant Class Submarines in next 5 years which will further strengthen India’s Nuclear Triad.

Indian Naval chief recently also confirmed to Indian media that ground developmental work for developing Six Indigenous Nuclear Attack Submarine has already started and this one will have a quick turnaround time and will not take decades to become fruitful.

Local development of Nuclear Arihant and Conventional Kalvari Class submarine in India has created enough technical manpower and expertise in India that now India is planning to launch first of the lead class nuclear attack submarine in next Seven years.

After mastering technology to develop Nuclear ballistic missile Submarines, India keeping in mind Chinese aggressive moves in the Indian ocean and their ability to chuck out submarines at much faster rate has selected easiest and logical route of using Arihant-class submarine has a template to develop a new Nuclear attack class submarines.

One admiral points out that while the SSN will be Arihant’s size, designing and building it will be far more challenging as both platforms have different tasks. An SSBN like the Arihant is a stealth underwater bomber ready to launch nuclear-tipped missiles at an adversary. Its reactor needs to deliver steady speeds as it prowls undetected.

An SSN, on the other hand, is like a fighter jet. It needs a high-performance nuclear reactor which delivers tremendous speed with rapid acceleration and deceleration. It needs a reactor that can perform multiple tasks such as pursuing enemy warships and striking land targets. Opinion seems to be divided regarding the type of reactor that will power the SSN.

SSNs are as important as SSBNs as they can blockade important sea routes, denying the enemy access to important resources in an event of war, and shadow enemy ships.SSN submarine have to defend the Carrier Groups , have to stay deep in the water, to search both underwater and surface targets, chase enemy subs, launching attacks, and many other combat duties, India has the technology of constructing missile submarines, Arihant is an good example, of course Russians helped in several key issues to achieve victory in the ATV program.

SSN’s  will feature smaller cruise missiles launch tubes in their hump which might be able to carry 6-7 Sub-sonic cruise missile per launch tube. To prepare submarine for conventional missions, Internally submarine will need to include extensive modifications to its mission planning, command, control, communications and prep areas.

The submarines will be powered by a miniature pressurized water reactor (PWR) being developed by the Bhabha Atomic Research Centre which has already supplied a similar 83 MW miniature reactor for the Arihant-class submarine SSBNs.

Since Nuclear attack Submarine are required to bypass an enemy’s anti-access/area denial capability and deploy its subsonic cruise missiles towards high-value targets of the rivals, submarines will require a much higher degree of stealthiness then a Nuclear ballistic missile Submarines.

SSN’s are also in charge of other conventional missions like surveillance, electronic eavesdropping and even anti-surface, anti-submarine and anti-mine warfare which all requires improved attack capabilities and superior next-generation weapons.

Nuclear Attack Submarine is a most powerful and most feared conventional weapons platform which any country can deploy to provide sustain firepower to destroy high-value targets but also be used for special operations campaigns to cripple enemies command and ground stations. A Nuclear Attack Submarine works in most inhospitable territories in the world where rivals too are using their Conventional and Non-Conventional Submarines to locate and destroy this killer Hunters in the sea. For an Attack Submarine, a brilliant crew and technological edge are all that decides the fate of the war and I am confident that Indian Navy will do its best to design and develop an ultimate Nuclear attack submarine which will not allow any aggressor come in its India’s backyard.

India may slowly step in to the elite SSN club, India plans to operate some three Carrier group along with four Amphibious strike group, each of the invasion group needs at least a single SSN for under water missions.