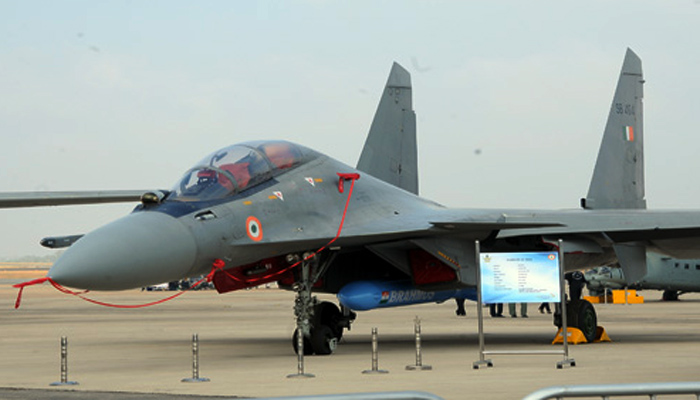 When a smart missile meets a smart fighter, things are bound to get more lethal. Same happened with the mating of Su-30MKI with BrahMos when India successfully tested BrahMos off the Su-30MKI on November 22, 2017.

If we look on-to BrahMos capabilities, then it is unmatched for any Indian or a foreign comparable system. It is the largest missile of its kind and that was the reason why SU-30MKI undercarriage went through a re-design.

This combination, which brings together one of the world’s most capable fourth generation fighter jets and a uniquely destructive cruise missile, will make the IAF the only air force in the world in possession of a supersonic cruise missile system and will be a major force multiplier for the Indian forces. Here’s how:

One, the integration of BrahMos missiles with the Su-30MKIs will allow the IAF to carry out precision strike on targets located deep inside enemy territory and destroy well-defended installations from a stand-off range.

Two, the high accuracy of the BrahMos missile will add to the effectiveness of air attack. The missile follows a predetermined trajectory, and can hit a hardened concrete target with perfect accuracy with supersonic velocity.

Three, the BrahMos-A can be fitted with a 200-kilogram conventional or 300-kilogram nuclear warhead. Therefore, it gives the IAF an additional nuclear-strike option, although it is not clear if the missiles have been assigned a nuclear role.

Four, air-launched BrahMos will not be as vulnerable to attack as the land-based systems which despite being mobile can be targeted by enemy fighter jets once spotted. Given the limited range of the BrahMos missiles (new generation of Brahmos missiles will have a 600 kilometer-plus range), land based systems are required to be stationed near the border, whereas the air-launched version mounted on Su-30MKIs can be based at locations far from enemy’s reach.

Combination Su-30MKI, BrahMos has become a shot in the arm for them giving the Flankers a standoff precision targetting capability with a reach of up to 1800–2000 kilometers giving to the high fuel capacity and ferry range capacity, Indian Flankers boast off. With two air-to-air refueling, the Flankers can go up to 8000 km.

These will be an active deterrent in Indian Ocean Region against Chinese Warships and Assets who are being actively deployed here. A squadron of such highly specialized Su-30MKI equipped with BrahMos in Andaman & Nicobar Island is sure to be an active deterrent against enemy Carrier Battle Group which can bring in permanent peace to IOR region and shift many parameters in Indian advantage.

The effort to arm IAF’s upgraded MiG-29s, Rafale jets and Indian Navy’s MiG-29Ks, none of which can currently deploy a BrahMos-A, are currently underway. For this, lighter and smaller-diameter versions of the BrahMos are being developed.