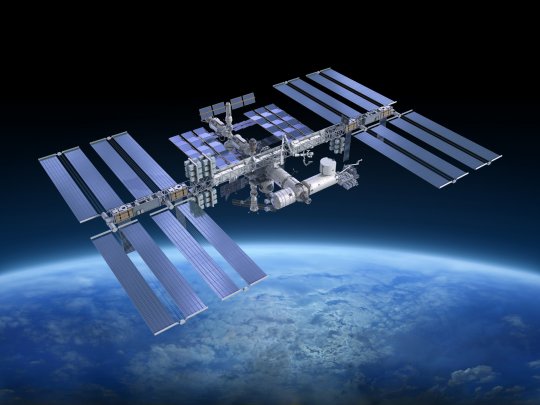 The Narendra Modi government’s decision to set up a Defence Space Agency (DSA) with command over the space assets of the Army, Navy and Air Force is the most significant development in India’s defence establishment since the operationalization of the nuclear arsenal around 15 years ago. It is not Star Wars yet, but space has undoubtedly become a military theatre. The US, Russia, China and, since March, India, have shown that they have the capability to physically destroy satellites in orbit. Like it or not, the post-Cold War space arms race is underway.

What should be India’s objectives in this new game? Before we answer that question, it is important to recall the exceptional route India took to get here. The US, Russia, China and Europe developed space capabilities for military purposes first, and then put those technologies to civilian use. Barring Europe’s Ariane rockets, their extant satellite launch vehicles are derived from their respective intercontinental ballistic missile designs.

India’s space quest, on the other hand, was focused on civilian use—weather forecasting, broadcast, telecommunications and remote sensing. It was only in the mid-1980s that technology from the Indian Space Research Organisation’s (Isro) Satellite Launch Vehicle-3 was employed in the Agni ballistic missile. When it comes to satellites, India has a handful of military satellites in operation, compared to over 40 civilian ones. Our first dedicated military satellite was launched only in 2013.

Just like India was late to militarize space, it has been late to weaponize it. That’s not a bad thing, but in the changed circumstances of the 21st century, it is time to rethink our approach.

India’s unstated space doctrine, if we try and put it into words, is to use space to promote development and the well-being and prosperity of its people. What we must do now is to include the word “security” in that sentence. In doing so, the policy goal will change from having a space presence to being a space power.

What does it mean to be a space power? Colin Gray, one of the world’s most respected scholars of strategy, says that it is “the ability to use space while denying reliable use to any foe”. India already has significant ability to use space. But our ability to deny its use to an adversary is, understandably, negligible. March’s anti-satellite (A-SAT) test is the first visible sign that India is on the road to acquire counter-space capability. The newly instituted DSA will be supported by a defence space research organization (DSRO) that should create weapons to “deny, degrade, disrupt, destroy or deceive an adversary’s space capability”.

At this stage of the space game, the DSA will need to consider taking up four initiatives.

First, India must protect and secure two kinds of space assets—those that belong to us and those that are crucial to our economy and national security. While satellites are usually hardened to weather the harsh extremes of the space environment, in older designs, protection against space weapons might not have been considered. Future designs must certainly factor in the risk of attack by hostile forces.

Second, in order to effectively defend our space assets, India must have the most reliable and accurate capabilities to track space objects, from debris and spacecraft to celestial bodies. Since accurate tracking forms the basis of almost every conceivable action that we might undertake—including the all-important ability to target at will—this crucial capability must be developed indigenously.

Third, for space defence to be effective, India must acquire a minimum, credible offensive capacity across the various types of space weapons, physical, electronic and cyber. The “minimum” is to ensure that we do not get overly drawn into an arms race, while ensuring that we have what it takes to deter attacks on our space assets. As India has demonstrated in the nuclear sphere, such a posture is wise, possible and works. Credibility demands that both partners and adversaries are persuaded that we have the capacity, so occasional demonstrations become necessary.

Finally, our broader space policy must acquire a new seriousness in improving launch capabilities and spacecraft design. The ability to place large satellites in geostationary orbits should become highly reliable. ISRO’s budgets must be enlarged, of course, but just as importantly, private entrants encouraged in everything from launches to specialized payloads. Like the US, China has recognized that the creative energies of private entrepreneurs can bolster its space power. Why shouldn’t we?

Five centuries ago, a few small European countries acquired global power and domination by investing in well-armed blue-water navies. On the subcontinent, the mighty Mughal empire—larger and perhaps militarily more powerful than most of them—settled for a coastal force performing constabulary duties. The failure to appreciate how much the game had changed, and how best to equip for it, proved very expensive in the long run. Let us not forget that lesson.