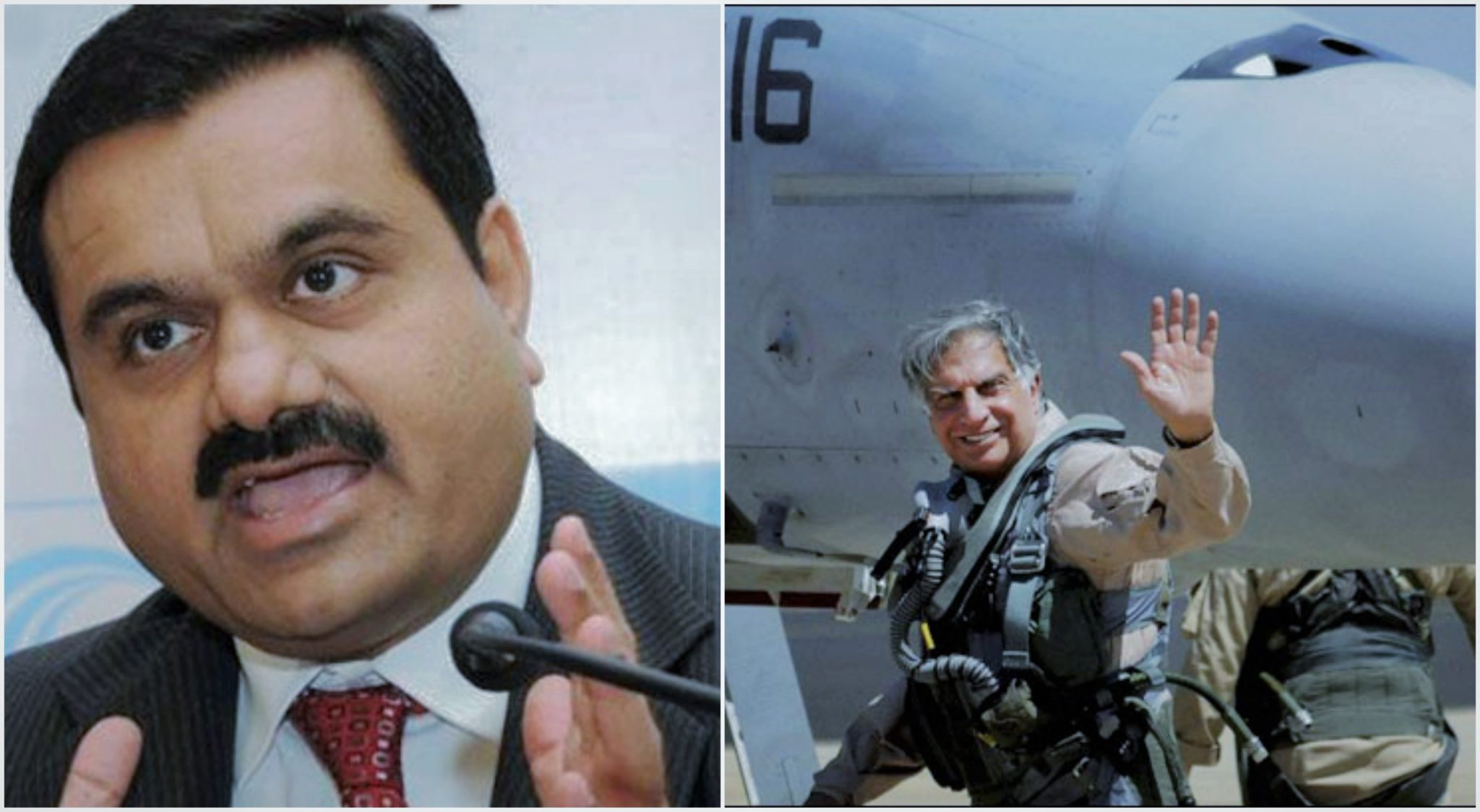 A contest to build at least 200 foreign single engine fighter jets at a greenfield facility in India has assumed its full contours. Over two months after LockheedMartin declared that it would compete to build the F-16 in India in partnership with the Tata Group, rival Saab of Sweden today finally declared who it had forged a similar agreement with: India’s Adani Group, a diversified conglomerate with interests in the energy sector, agribusiness and logistics. The contest, part of India’s vaunted Make In India campaign and under the Defence Ministry’s new Strategic Partnership paradigm, will see the winning partnership set up a full industrial base to build the chosen aircraft — either the F-16 Block 70 or Gripen E.

This week announcement between saab and adani sets up what many will see as a intriguing corporate war. One that will be fought between a giant with a proven hand in the military business facing off against a lesser known (but no less influential) group that’s taking its first tentative steps into a space that widely recognised as the most difficult to do in India. The Tata Group, steered by former chairman and patriarch Ratan Tata, an aviator and aerospace enthusiast himself, has plenty of aero-industrial experience, with group firms supplying major parts to every big airframer you can name, apart from being a formidable maker of equipment nearly across the board for the armed forces, notably including specialty vehicles, sensors and drones.

It is clear now that either Tata Advanced Systems Ltd or Adani Aero Defence Systems & Technologies Ltd which will assist in assembly of next fighter jet that will be build in India . Many Defence Anayst also say that Strategic Partnership Policy will act has a major boost to any company which will be segment leader in fighter department ,since not only it will be lead private company in single engined fighter deal but also will be go to company if goverment plans to locally assemble any other fighter in India in near future .

Tata Advanced Systems Ltd and Adani Aero Defence Systems & Technologies Ltd are two potential corporate houses who if selected can become what Lockheed-Martin is to the United States, which is an Aerospace giant which is not state owned and also create in India many smaller aerospace companies which will work in tandem with each other to be part of future projects initiated by the Indian Government worth Billions of Dollars .

Lockheed Martin partner Tata Advanced Systems Ltd to build its F-16 fighter jet in India, which can also handle upgradations and modernisation of potentially 300 F-16s operated by the other customers.

This unprecedented F-16 production partnership between the world’s largest defence contractor and India’s premier industrial house provides India the opportunity to produce, operate and export F-16 Block 70 aircraft, the newest and most advanced version of the world’s most successful, combat-proven multi-role fighter.

India will also have the chance to export the F-16, which is flown by air forces around the world, the joint statement said. Some 3,200 of these planes are being flown by 26 countries.

The Adani Group, however, is different. It doesn’t have a long history in the defence sector like the Tatas. Nor has it forged its way into the defence with a big acquisition, the way Anil Ambani’s Reliance Defence did with Pipavav Defence for Rs 2,100 crore in 2015.

Over the last two years, the Gujarat-based conglomerate, whose boss Gautam Adani is considered close to Modi, has quietly made a few moves in the field of defence and aerospace production. In March 2015, the group set up a new entity called Adani Aero Defence Systems and Technologies, which applied for a licence to manufacture helicopters.

Makers of Gripen fighter jets are in talks with Adani Defence Systems & Technologies Ltd for a manufacturing partnership for local assembly of its Gripen-E in India if they win the contract in India. Gautam Adani owner of Adani Group is seen close to Prime minister Narinder Modi.

The $12 billion Adani Group has interests in energy, logistics, real estate and fast-moving consumer goods, among others.
Adani did not specify when these plans will take off but said India needed to be self-reliant in defence and hoped that by 2030 this goal will be achieved, giving a boost to the country’s “regional security”.

According to industry sources, Saab’s decision to partner with Adani may give it a decisive edge, although a few industry officials expressed concern.Adani said the group plans to make fighter jets, unmanned aerial vehicles, radar technology and composites over the long term, and will choose partners based on their willingness to part with technology.