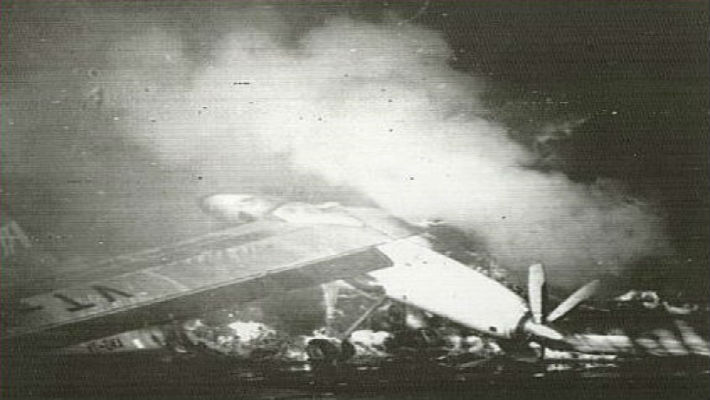 In one of India’s most popular lore of spying, the story goes how RAW used a teenaged Kashmiri boy as a double agent who would go on to facilitate the isolation of Pakistan from East Pakistan (now Bangladesh).

An Indian agent of RAW, Hashum Qureshi in Srinagar was working in league with the BSF. In Pakistan Occupied Kashmir, a Pakistan-sponsored terrorist organisation, launched the Al-Fatah organisation for liberation of J&K from India. 36 of these members were arrested by J&K Police with the help of Indian Intelligence Agencies. In order to get more inside information, RAW decided to infiltrate Qureshi into this organization as he was well aware of the terrain of POK.

But he was won over by the Pakistani Intelligence, the ISI. There, he was given training to hijack a plane by a former Pakistani pilot. When he was sent back to India, the BSF arrested him and he cracked upon interrogation. The plan was to hijack the plane which would be piloted by Rajiv Gandhi, son of Mrs. Indira Gandhi then Prime Minister of India. When this startling disclosure was reported to the head of BSF and RAW, India decided to beat Pakistan at their own game!

RAW and BSF persuaded Qureshi to work for them in order to save him from execution by the Indian authorities. According to the plan, Qureshi would hijack an Indian Airlines aircraft flying from Srinagar to Lahore. In return, he would demand the release of 36 members of the Al-Fatah who were in jail in India. A Fokker Friendship aircraft, Ganga, which was retired from Indian Airlines was inducted for this operation. The plane was hijacked and he was allowed a toy pistol and a fake grenade inside the plane.

Here on, everything went accordingly; Qureshi, along with his cousin Ashraf Qureshi hijacked the Srinagar-Jammu bound Ganga aircraft on 30 January 1971 to Lahore. He was armed with a mere toy pistol and a fake grenade! Security checks during those days were unheard of.

Once in Lahore, the two hijackers demanded the release of 36 jailed members of JKNLF of Pakistan-occupied-Kashmir (POK), besides seeking political asylum in Pakistan. To render authenticity to the incident, India’s national radio AIR broadcasted the news of the hijacking.

On surface, it all seemed India had nothing to do with the hijack, except negotiate the safety of its flight passengers. This was the time when terror was unheard of, and the hijack raised great curiosity in the masses of Pakistan. All the passengers were given a warm welcome in the Pakistani soil, offered teas and snacks, and given shelter at a grand hotel in Lahore, before they were transported back to the Indian border.

In the meanwhile, the two young hijacking cousins were given the rousing welcome of heroes in Pakistan. And for some inexplicable reason, the plane was burned down by the Pakistani authorities.

Three months after this incident,

The Indian government banned all the flights of Pakistan flying over our territory and it exposed that Pakistani state openly and actively supporting terrorists. Pakistan was trying to curb the civil unrest in East Pakistan by using civil flights to send resources. The shortest air route between east and west Pakistan was from Indian Air Space. Any other air route without using India air space was at least 3 times longer and time/fuel consuming. Pakistan had to go around India, via Sri Lanka. The hijacking greatly slowed down the arrival of Pakistani Army through air.

Pakistan began to see the ‘conspiracy’ when they learned that Ganga was long withdrawn from service, but was re-inducted just a few days before the hijacking occurred.

Pakistan was trying to suppress the civil unrest in East Pakistan by sending men and other resources in planes. With the ban, they had to slow down their exercise. Knowing that they had been fooled by India, the ‘hijacking heroes’ suddenly fell from grace, and were sent to prison for being ‘Indian spies’. Although his co-accused cousin was let off earlier, Hashim languished in Pakistani jail for a decade and when set free, went to live in Europe.

As Pakistan’s agencies remained busy in detangling the Ganga episode, East Pakistan, with support from Indira Gandhi’s government, charted its own course to rewrite history. In March 1971, Sheikh Mujibur Rahman made his freedom speech, and the Pakistan Army smelling secession and mutiny, launched Operation Searchlight to arrest the tide.

Pakistani officerA Pakistani officer pose beside the wrecked heap of Ganga aircraft in Lahore.
Finally, when on November, 1971 a joint force of Bangladesh and Indian troops took on the Pakistani soldiers, the role of India in the hijack became all too clear. The Pakistani Air Force deployed in Dhaka was isolated and cornered, and the disadvantage was fully utilised by India to liberate the region, what came to be known as Bangladesh.