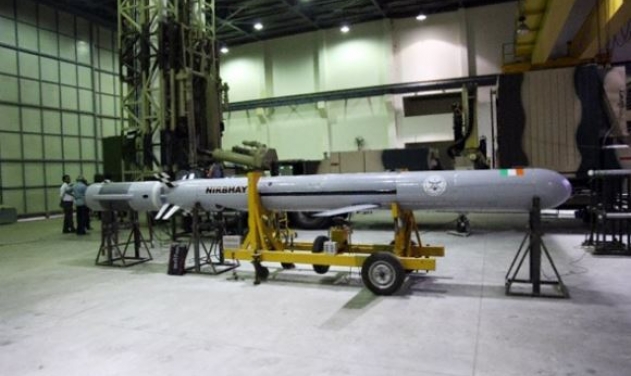 Nirbhay cruise missile program was launched by the DRDO in 2004 and was expected to be completed by 2016. Unlike BrahMos, Nirbhay was intended to be a sub-sonic cruise missile with a range of over 1000 kms and capable of carrying around 300 kilograms of warhead.

The Nirbhay is a land attack cruise missile armed with a 300-kilogram warhead capable of reaching speeds of 0.6-0.7 Mach, and designed to be launched from air, sea, and land. But, ever since its conceptualisation, Nirbhay’s test results have not yielded results that were expected.

BrahMos, a potent supersonic missile in the Indian arsenal, is the world’s fastest anti-ship cruise missile in operation. The missile travels at speeds of Mach 2.8 to 3.0. The land-launched and ship-launched versions are already in service, with the air and submarine-launched versions currently in the testing phase.

Cruise missiles fly at a low altitude, mostly to avoid radar detection, and can be guided throughout its path. They fly within the earth’s atmosphere and use jet engine technology. These vehicles vary greatly in their speed and ability to penetrate defences.

Problems with Nirbhay ::
Nisbhay was initially conceptualised to counter Pakistan’s Babur Land-attack cruise missile. During its testing, nuclear-capable Nirbhay missile has suffered several setbacks. Since March 2013, three Nirbhay test launches have been classified as failures.
The missile was developed by the Aeronautical Development Establishment (ADE), Bengaluru. After the design was finalized, the technology required for the missile was developed. It was integrated by R&D Engineers, Pune, a specialized arm of DRDO.
The first test flight of the missile was planned in October 2012, but the launch was postponed to December owing to the changes being made to the launcher.

First test ::
‘Nirbhay’ being launched at Chandipur in Odisha on March 12, 2013
The first trial of Nirbhay was held on March 12, 2013 from the Integrated Test Range at Chandipur. Missile took off from the launch pad successfully and reached the second stage of propulsion, travelling 15 minutes through its envisaged path at a speed of 0.7 mach. After that it veered away from its trajectory. This forced the command center to detach the engine from the missile mid-way into the flight.
Debris of sub-sonic cruise missile Nirbhaya that underwent path deviation after maiden test-firing ::
The test was a partial success as the missile took off, reached the second stage of propulsion, and travelled 30% of its range before deviating from its path.

Second test ::
The second test of Nirbhay was held on October 17, 2014, from Chandipur. This time the missile met all the parameters and completed all 15 way-points. The missile travelled for more than 1000 km that lasted for a duration of over 1 hour and 10 minutes. Indian Air force fighter jet Jaguar chased the missile during its flight to capture the video of the flight.

Third test ::
During its third test on October 16, 2015, all initial critical operations were successful and Nirbhay even and the missile even reached the desired Cruise Altitude. But, it crashed into the Bay of Bengal 11 minutes into its flight after covering only 128 km of its 1000 km range.

Fourth test ::
Nirbhay’s fourth test took place on December 21, 2016, from ITR Chandipur. The results of this test have not been made public yet.
Reports say that the missile blasted off from its launcher but shortly afterwards it started veering dangerously towards one side two minutes after lift-off. The missile then had to be destroyed mid-air after it strayed from its programmed course. Potential reason for the failure was described as a hardware problem with one of the missile’s component.

Even after India and Russia agreed to dobule the range of BrahMos to 600 kilometres, there is a need for a cruise missile with higher range. Need for a sub-sonic missile becomes important when a striking asset capable of hovering over the target becomes necessary in tactical context. This is something that BrahMos cannot do. Cruise missiles need to approach the target with stealth and must possess terrain hugging ability to go under the radar and hit the target with precision.

Pakistan has tested its Babur series of cruise missiles successfully (as it claims). It has a range of over 700 kms and its Babur 3 variant was last tested from a submarine on January 9, 2017.